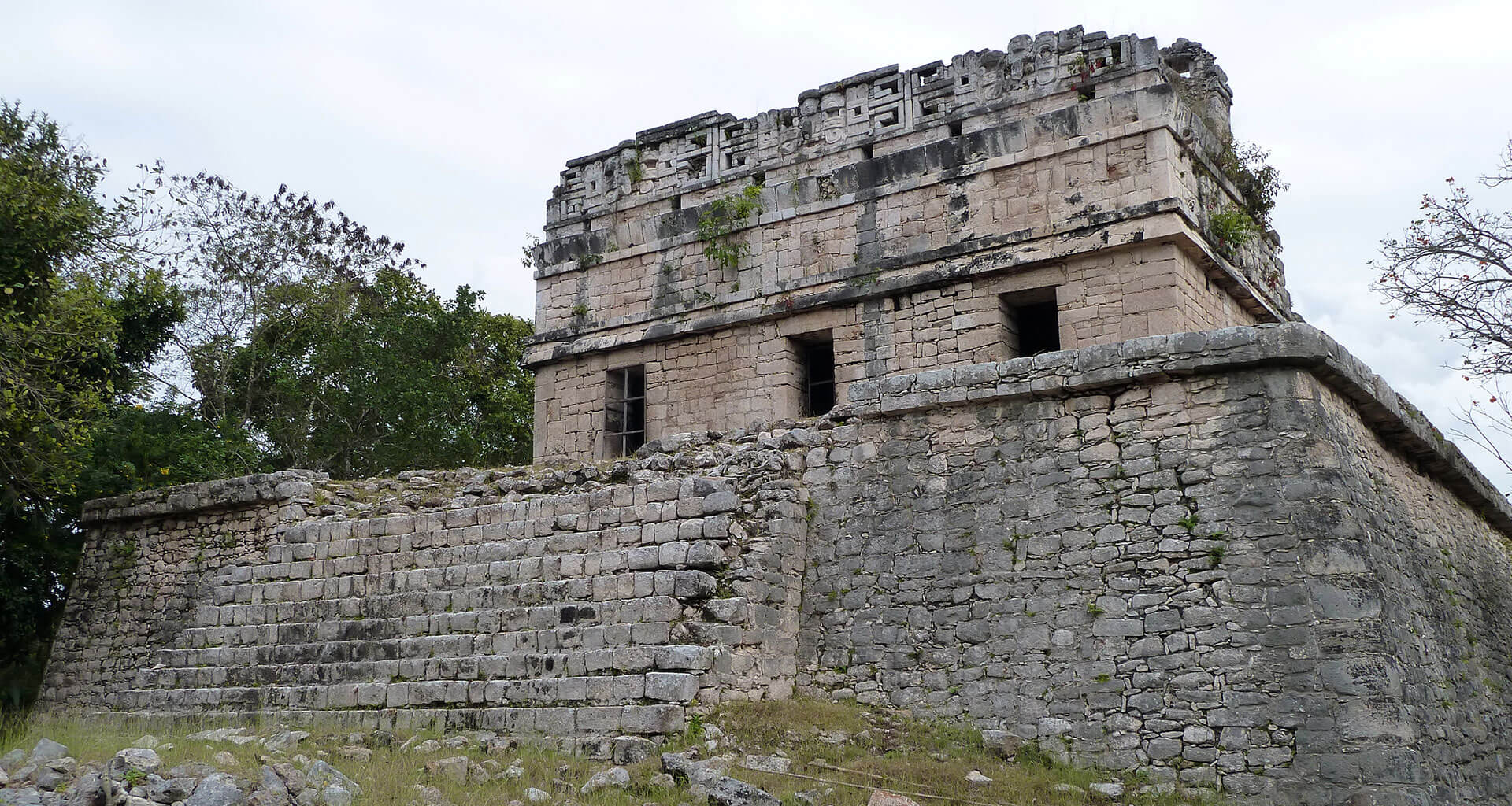 THE CHINCHANCHOB OR RED HOUSE

Chichanchob at Chichén Itzá is the largest and best preserved of the four buildings surrounding the main plaza. Chichanchob translates as "small holes" from the Maya. The name is given after the small holes in its raised ridge. It is also commonly known as Casa Colorada o Casa Roja (Red House), due to a strip painted in red inside the vestibule or first bay.

This structure itself corresponds to the Puuc style, although later the Itzáes built a small ball court attached to the back wall or east side of the structure.

The final inscription of "un tun" was found inside the Chichanchob building that refers to the year 850, which allows to establish the antiquity of the building.

This monument consists of a vestibule accessed by three entrances and three rooms located at the rear. The facade, of great simplicity, has smooth walls, only two moldings and two ridges at the top.

Chichanchob is a rectangular-shaped platform with rounded corners. It’s 7 meter (23 feet) tall and the base measures 22.5 meters (74 feet) by 18 meters (59 feet) wide. The central part, on the west side, has a staircase of 9.6 meter (31.4 feet) wide, and it points out the main entrance to the temple.

The temple that is located on the top of Chichanchob consists of two moldings and a central strip, with three staircases that lead the access to the vestibule. It has two bays, one what works as a vestibule and the other as a sanctuary. It also holds three small rooms and its roof is a Mayan vault.

The facade of the themple has a frieze between the two cornices and it goes as high as 3.70 meters (12 feet).