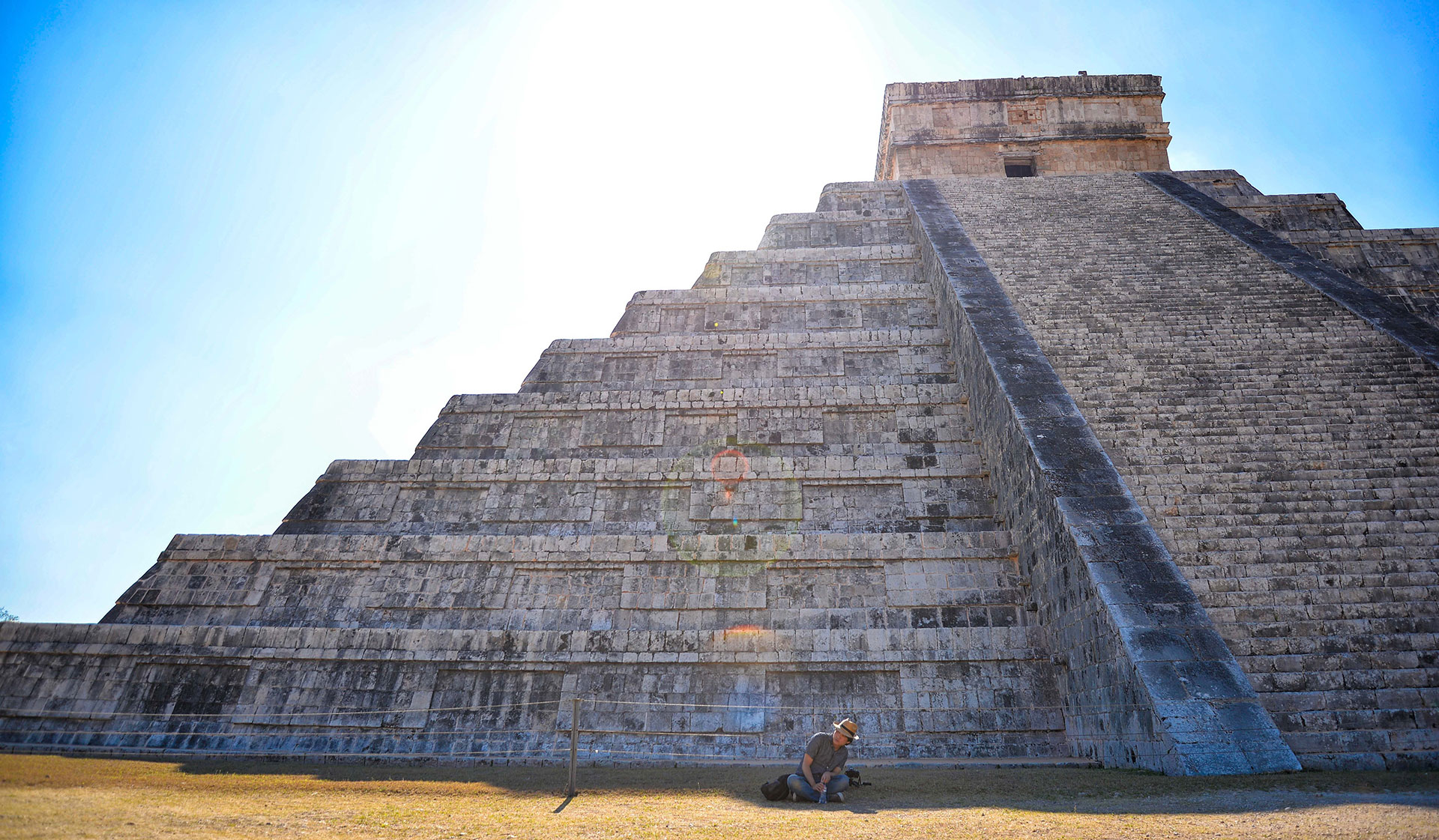 Explore the 3D model of the main buildings in Chichen Itza and get one step closer to the Mayan Culture in a new and modern way.

One of Chichén Itzá’s most interesting structures is this massive nine-level pyramid (ninety-eight feet high and one-hundred-eighty-two feet wide) in the center of a large plaza, called El Castillo (“the castle” in Spanish).

Many stand at awe as they watch the structure of this sacred building. El Castillo has become a masterpiece which consists on a stairway on each side of the radial pyramid leads to the last step or platform, the main pyramidad structure, and a temple on the top.

At specific times of the year, the setting sun casts undulating shadows on the stairway, forming bodies for the serpent heads carved at the base of the north balustrades, pointing towards the sacred cenote. These phenomena are called equinoxes and solstices. The emphasis on the connection with nature is mindblowing and unique.

Close to El Castillo, one of Chichén Itzá’s most well-known structures is the Caracol. A different structure from the other squared or rectangulared-based buildings. Originally a cylindrical shape with a domed roof, the Caracol is a stone structure now partially ruined.

This building is also constructed following strict measures and responsive to natural conditions. During the Solstices the sun sets exactly on the window frame, alawing you to see the sun as a painting with a stone frame. This narrow windows cut into the outer walls seem to have been designed in order to observe the irregular movements of Venus, which was considered to be the sun's twin and held great significance for the Maya, particularly in decisions pertaining to war.

Source of information and resources: CyArk