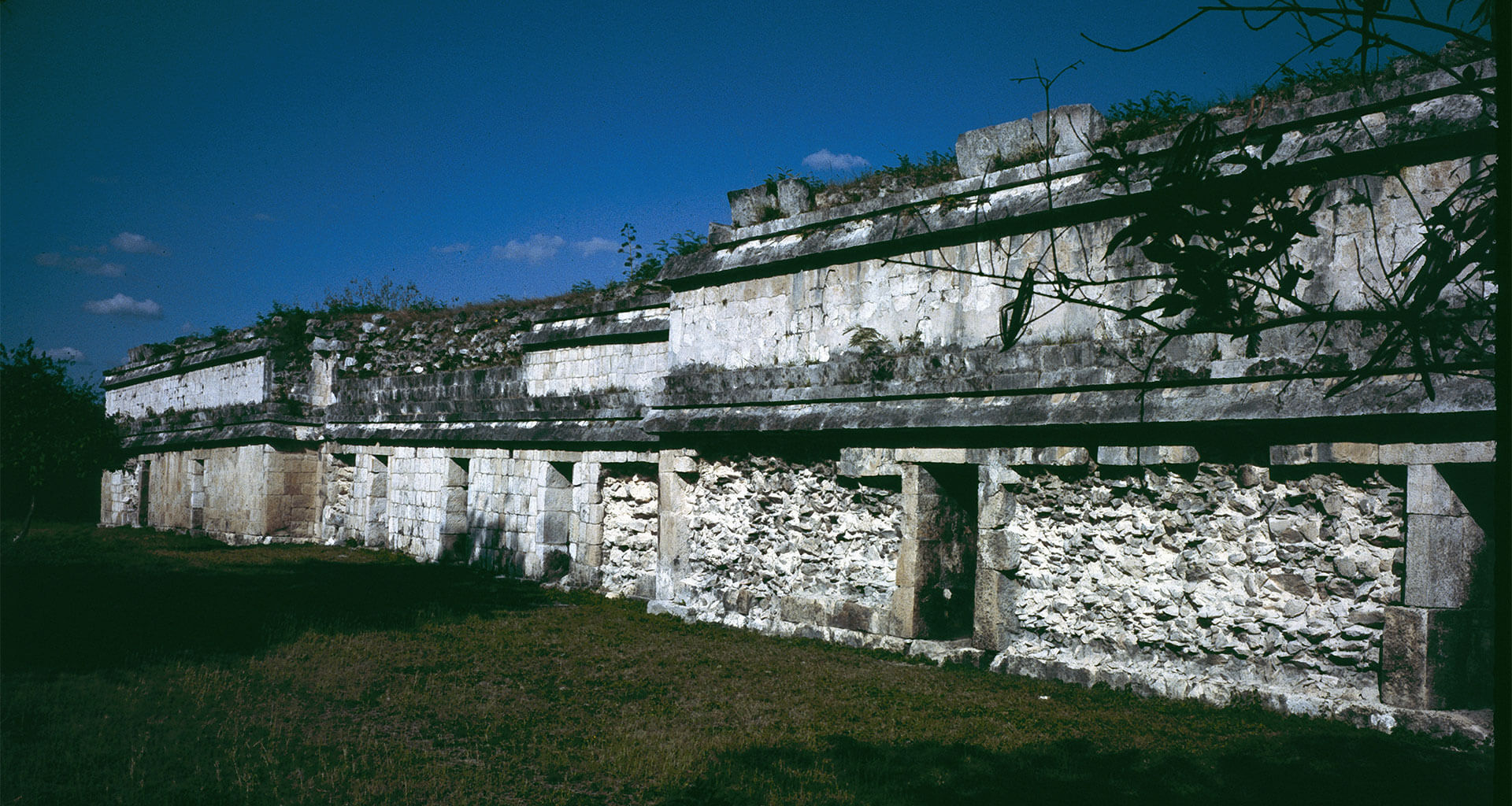 Akab Dzib means, in Mayan, "The House of Mysterious Writing". An earlier name of the building, according to a translation of glyphs in Chichanchob, is Wa(k)wak Puh Ak Na, "the flat house with the excessive number of chambers” and it was the home of the administrator of Chichén Itzá, kokom Yahawal Cho' K'ak'.

It measures 6 meters (20 feet) high, and 50 meters (160 feet) in length and 15 meters (49 feet) wide. The long, facade has seven doorways facing west. The eastern facade has four doorways, followed by a large staircase that leads to the roof. Archaeologists think that this was front facade, with an upper view of what once was a cenote.

The southern end of the building has one entrance. Then a small chamber is found and on the opposite wall is another doorway that has carved glyphs in the lintel.