Why is El Caracol a masterpiece of astronomy?

The Observatory or El Caracol at the Archaeological site of Chichen Itza is naturally overshadowed by other buildings at the site. Also known as El Caracol, this building has a lot to offer its spectators. As the place where the Maya studied the skies and constellations, the Observatory itself became a key astronomical tool. Find out more about why is El Caracol a masterpiece of astronomy…

The Observatory at Chichén Itzá is a round structure very similar to those that exist in other parts of Mesoamerica. It has some windows at the top from where the equinoxes, sunsets, solstices, positions of Venus, and other stars could be seen, and based on the observation were guided by many of the decisions and actions taken by the ruling class.

The building is also known as El Caracol (The Snail) because of the spiral shape hidden inside. It is attributed to an astronomical function since the openings in its walls were oriented towards Venus and other stars. The observations that were made were very intuitive and were carried out without any type of external tool. 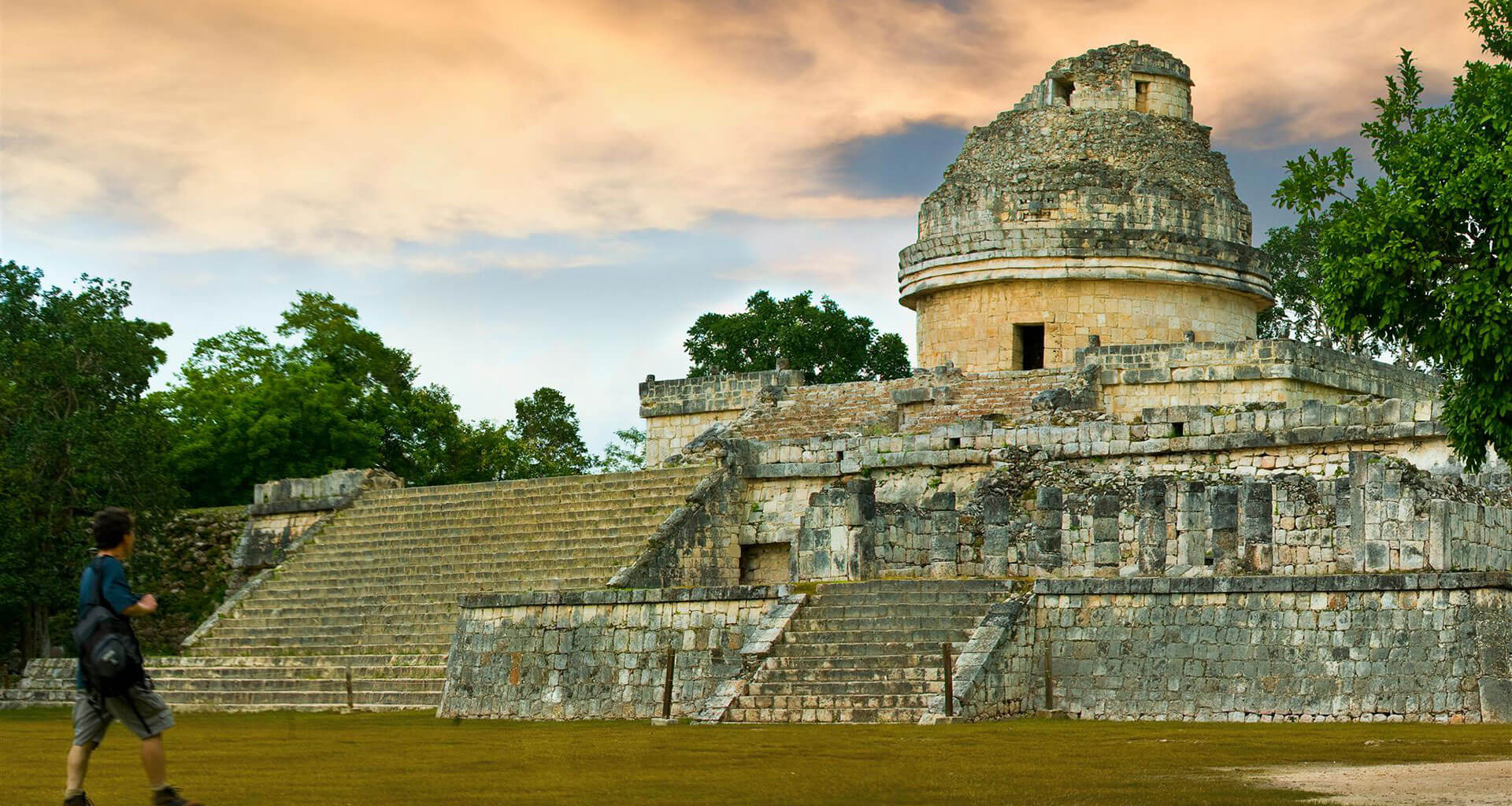 One curious thing to highlight about this Mayan building is, notice the height of the platform. In the Yucatan Peninsula, one thing that is most common is dense trees and scrub brush, a very flat territory. Trying to see the cities from a high view is difficult, some may even call it “impossible” without some way to rise above the leafy canopy. What’s remarkable in Chichen Itza is that the tower of El Caracol sits high on a four-cornered but not quite square platform, giving excellent unobstructed views of the skies and surrounding landscape.

The grand staircase that marks the front of El Caracol faces 27.5 degrees north of west, out of line with the other buildings at the site, but an almost perfect match for the northern extreme of Venus, Venus’s most northerly position in the sky. Also, a diagonal formed by the northeast and southwest corners of the building aligns with both the summer solstice sunrise and the winter solstice sunset.

How Mayas saw the cosmos

The Mayas Cosmos was structured into three levels: a celestial vault, the human world, and Xibalbá (the underworld) where the beams of light lose their power. Through their observations, Mayan astronomers focused on precisely delimiting the position of the stars in the sky in the course of the solar year. Their calendars, even today, are surprising witnesses to that precision. In a territory such as the Yucatan Peninsula, the flat surface made all artificial markers, and architectural structures, essential to their development.

The Caracol building was excavated by Karl Ruppert. More than thinking about what remains to be unearthed, it hurts to think about what can never be found again. The fires of the Spanish invasion left the modern world without Mayan books and records, which were made of the bark of amate, a tree whose branches embrace each other precisely as do the branches of knowledge. The evidence that still remains of the vigor of the Mayan culture, is manifested in a wide variety of social, artistic, culinary, and agricultural practices that are still seen today.

Venus and the Observatory

The main objective of the Observatory at Chichén Itzá was to observe and study the trajectory of Venus, and based on visual observations alone, the Mayan came to know the following:

Venus is a planet, of course, but observers in the past mistook it for an unusually bright star. So complicated is Venus’s disappearing act that the ancient Greeks misconstrued it as two different stars. The Mayans, on the other hand, recognized Venus in both the morning and evening skies as the same. 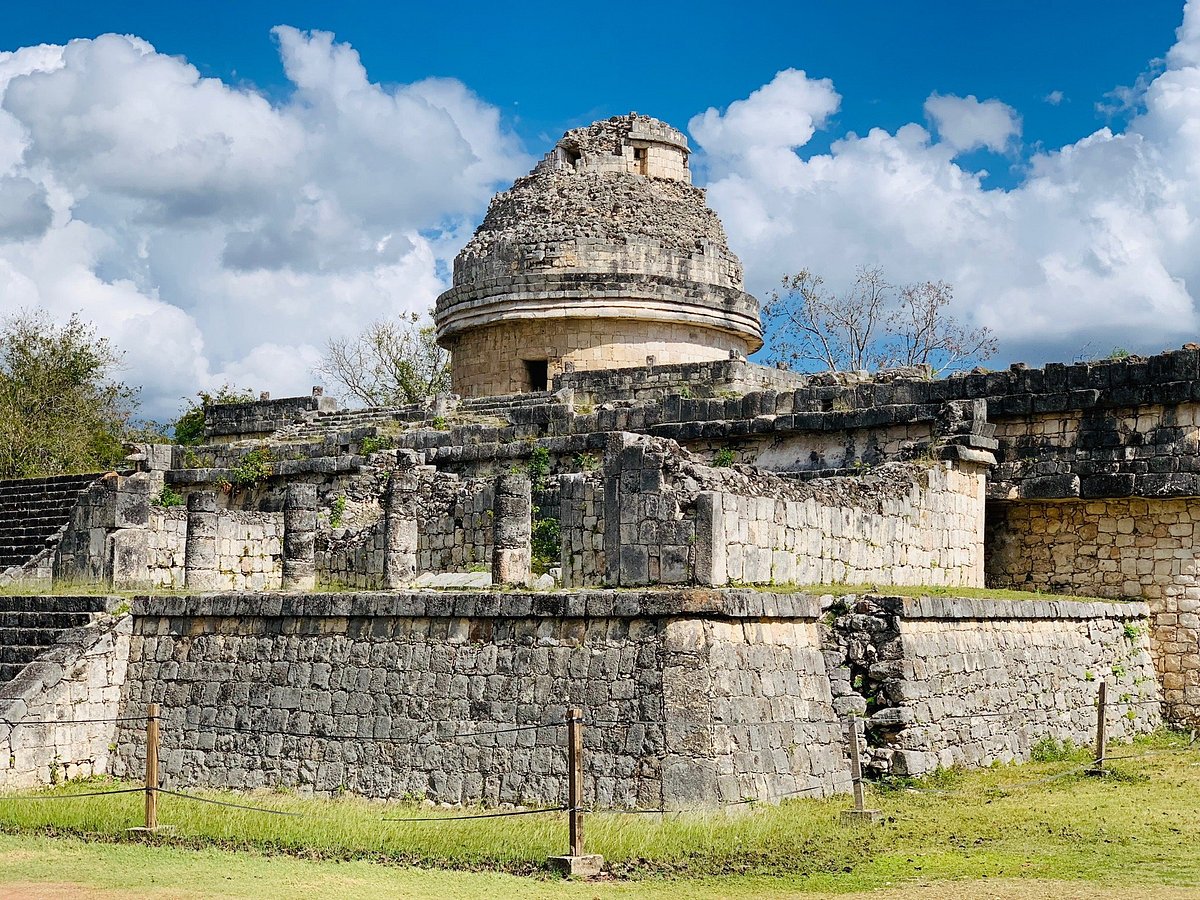 The principle of astronomical observations is based on two wall angles inside an aperture, this method allows observations of great precision.

Studying the results provided by the upper chamber of the Chichén Itzá Observatory, the following results were obtained:

It was also used to define dates for sacred rituals and to define crop cycles and agricultural activities in general because sunsets on the horizon marked to the ancients the stages of the cycle and, therefore, the importance that observatories had for the Mayas.