Why is Cobá being preserved as a Zone of Archaeological Monuments? 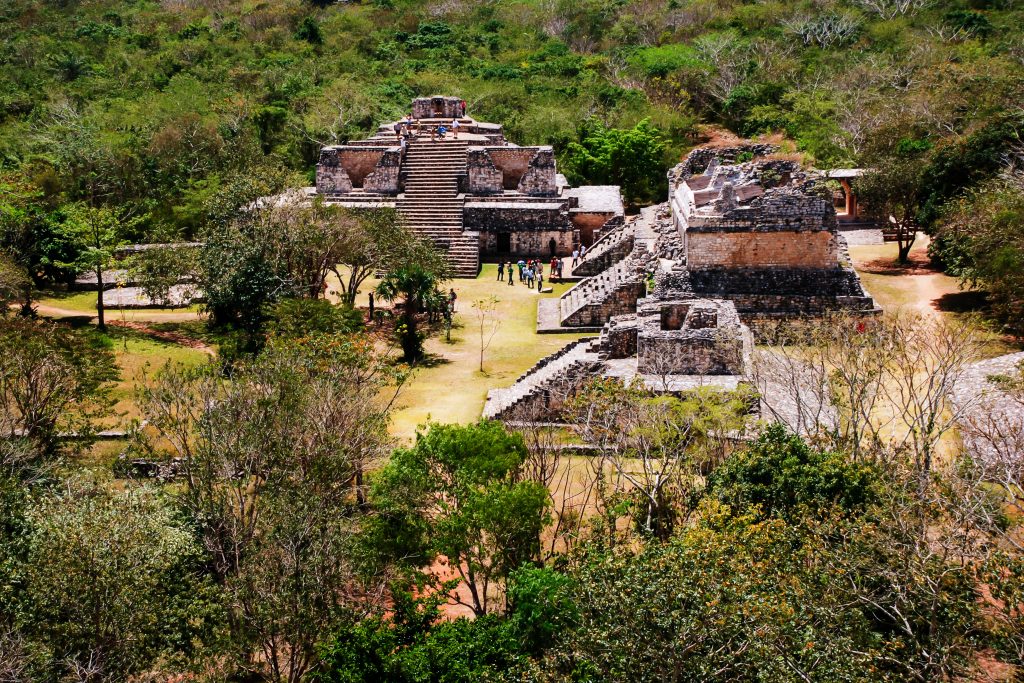 Why is it important?

For preservation purposes, this law is in charge of protecting and restoring the monuments held in any archaeological site. The National Institute of Anthropology and History (INAH) in Mexico, is responsible for fulfilling this.

This past week, INAH decreed that this prehispanic site known as Cobá, located in Tulum, Quintana Roo, is now a Zone of Archaeological Monuments.

What changes know in Cobá?

Starting now, due to this decreet, it is forbidden to make any construction or excavation within 246 hectares of the site. According to recent and more modern studies done by the INAH, Cobá was the most important Mayan establishment in the Classic period of Mayan history. For example, it includes the groups Nohoch Mul or A, Cobá or B, Macanxoc or C, D and of the Paintings, as well as the Maya, Chumuc Mul, Uitzil Mul, and Domingo Falcón.

Last December 6, the Institute announced the closure of this site, after work began to improve its infrastructure, expand its protection and research, and determine the feasibility of building a community museum, as part of the Program for the Improvement of Archaeological Zones (Promeza).

Cobá should be preserved for its legacy since, based on technical studies conducted by INAH, it maintained a continuous occupation from 100 BC to 1450 AD, reaching its splendor between the years 300 and 900 AD.

What makes Cobá stand out? 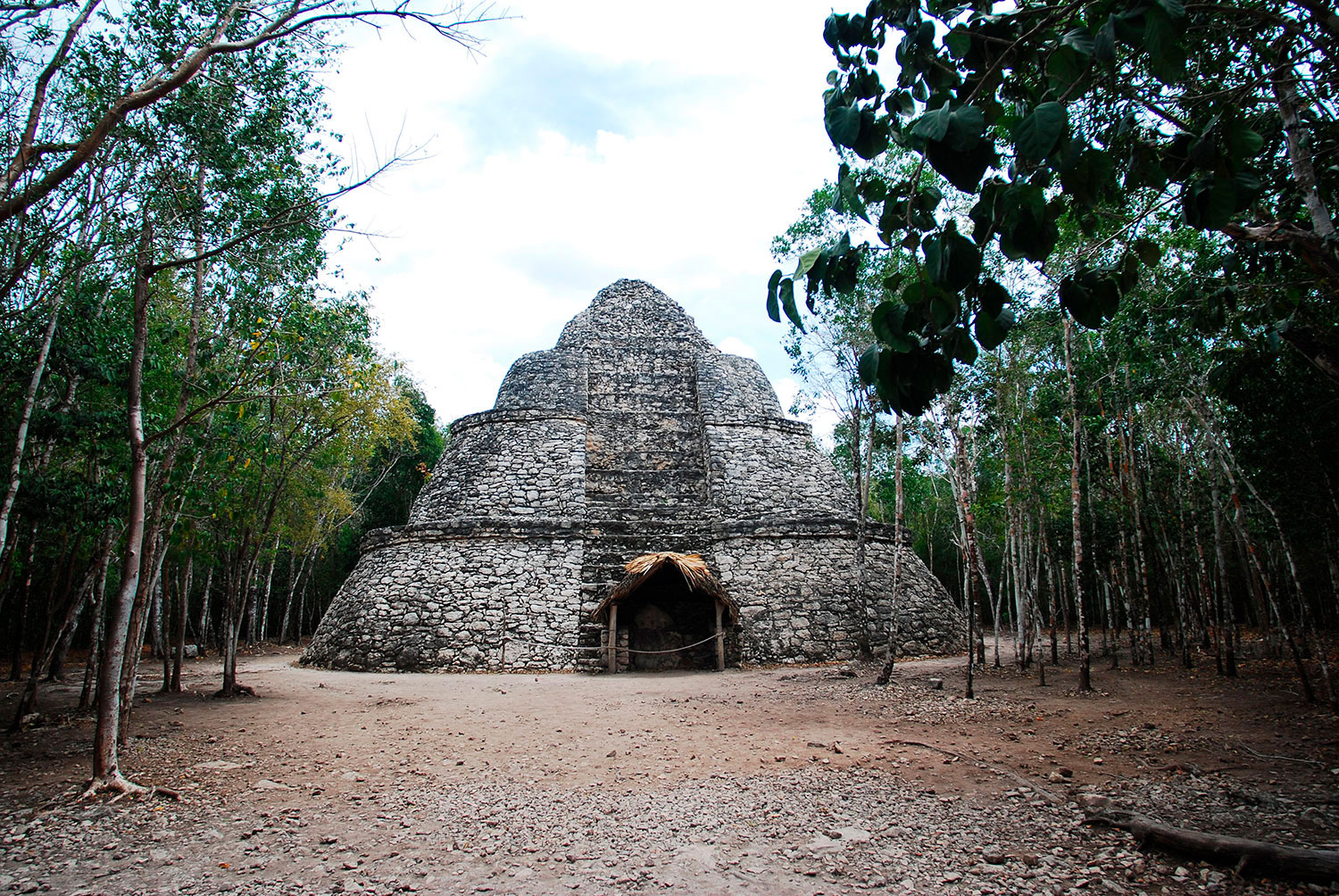 This archeological site “Peten style”, stands out due to the stelaes that narrate their history. Mayan stelaes tell us about the conquest and the rulers' ascents. Cobá is also known for Sacbeoob, sacred roads that connected cities or even to other regions

Surrounded by five lagoons, it came to dominate an extensive territory. Its 50 Sacbeoob or Sacbe (white road), had as destination ceremonial-administrative-habitational complexes. These roads allowed both the control of other groups and the rapprochement between entities, favoring trade.

Until 2019, behind Teotihuacan, Chichén Itzá, Tulum, and Palenque, Cobá was the fifth archaeological site that registered the most visitors that year, however, due to maintenance work, it is currently closed to the public.

More facts about Cobá not everyone knows 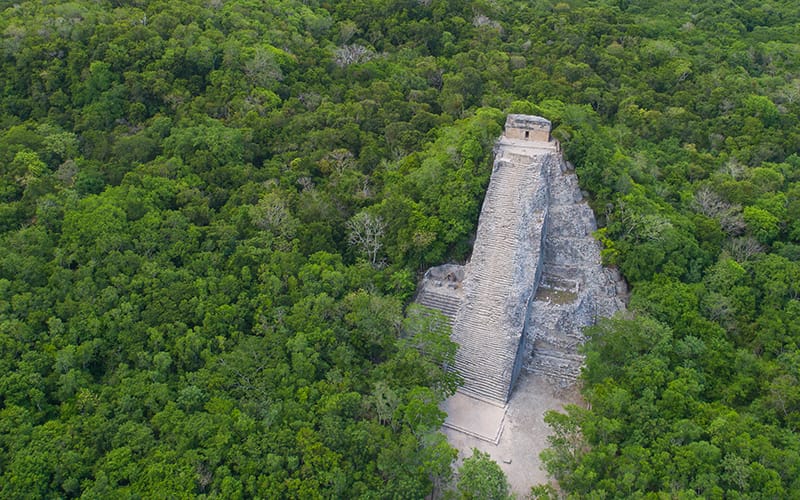 Something not everyone knows about this site is that visitors can only appreciate during a visit the equivalent to 1 percent of what Cobá became: a Maya metropolis that reached 70 square kilometers. The ancient city of Coba is also the tallest Maya structure in the Yucatan Peninsula. The Coba Maya sites are some of the most beautiful vestiges in the world.

As one of the most important cities in the region, there came a time when Cobá was in charge of two great women: Ixic Yopaat and Ixic K'Awaiil Ajaw.

The epigrapher, Octavio Esparza, who is part of the multidisciplinary group that discovered the dynasty of 14 rulers to which these two queens belonged, has emphasized its importance arguing that the monarchs led Cobá to have supra-regional contacts that made the city better known in other sites such as Tikal, Eszná, Xul, Motul de San José. 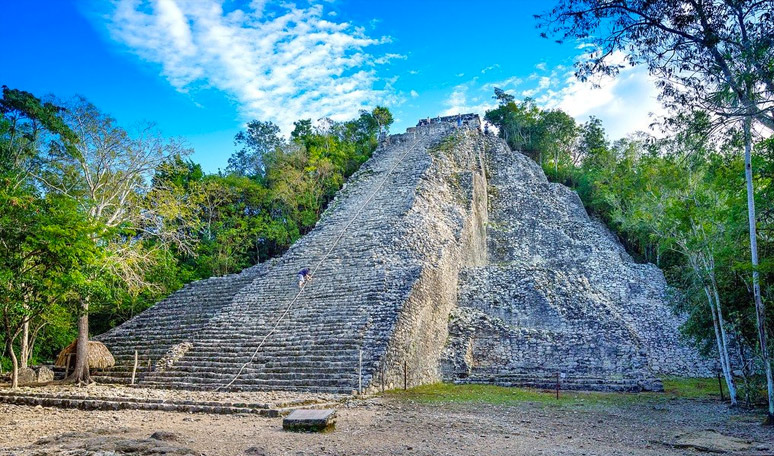 These findings were the result of a scientific investigation called "Cobá Project", led by archaeologist María José Con Uribe, which since 1992, together with specialists from the National Institute of Anthropology and History (INAH) and UNAM, seeks to investigate the past of the six architectural groups that made up the ancient city: Cobá, Navarrete, Nohoch Mul, Copó, Maya and Macanxoc; this through epigraphic, archaeological and restoration analysis of the various structures present at the site.

In this way, they set themselves the task of deciphering the glyphs engraved on 59 sculpted monuments, from stelae and altars to lintels and other reliefs, which had inscriptions and images.

To interpret the messages that led to the discoveries released in July 2020, various techniques were used, such as 3D reconstruction or the artificial light method: illuminating the reliefs at night from different angles to contrast the shapes. With these methodologies, they observed sites such as the Navarrete Ball Game and a series of patios in Cobá.

For Esparza, it is evident that it is no longer a secret that women played a preponderant role in Maya society. Discoveries like this one have demonstrated that the stability of civilization is very well influenced by the woman in that society.