Celebrating 15 years of being a World Wonder

Chichen Itza: 15 years as one of the 7 Wonders of the World

These past weeks, on July 7th, Chichen Itza celebrated its 15-year anniversary of being one of the 7 World Wonders. In addition to this celebration, in November of this year, Chichen Itza will also have 35 years of being known as a World Heritage from Unesco.

This means that back in 2007, the majestic site became part of the Modern World Wonders. The voting was promoted by private institutions, and later on, it was announced worldwide by a series of international events. All this publicity made the world know Chichen Itza, and in the following years, the site hosted numerous spectacles from very well-known artists, such as Mexican composer Armando Manzanero in 2008; English classical singer Sarah Brightman and British rockstar Elton John in 2012. Other important events took place in Chichen Itza thanks to its powerful presence in the world. 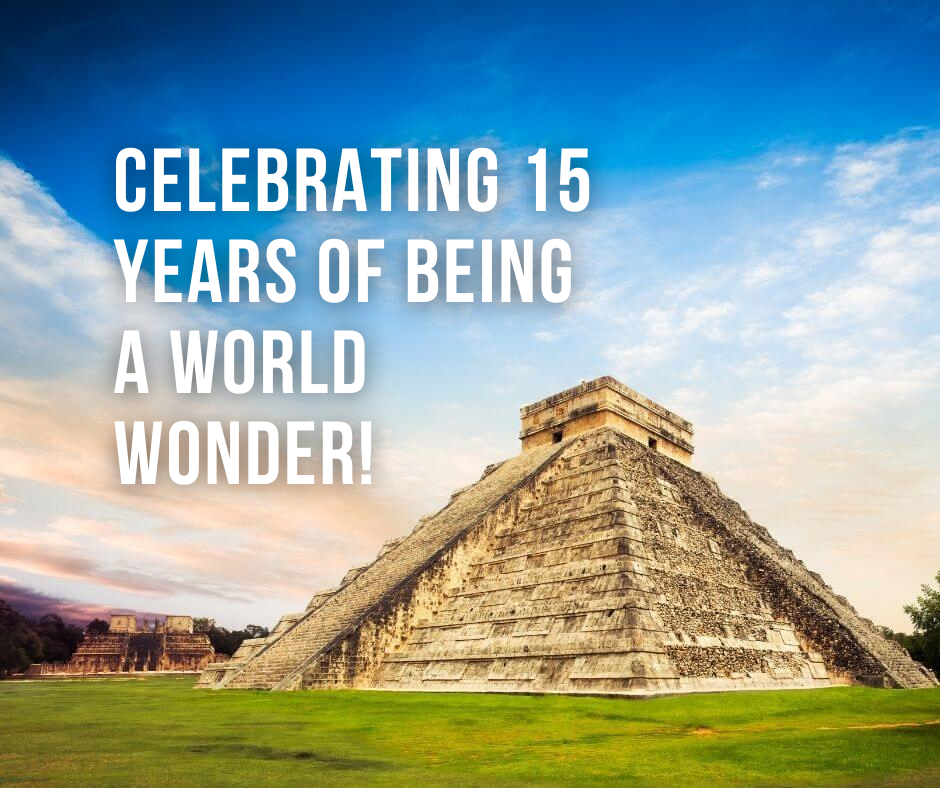 These days, we remember the other World Wonders that take part on this list:

Without a doubt, the cultural and spiritual richness found on each site is the main reason why millions of visitors travel from all over the world to see the wonders. For something to be considered a Wonder of the World, it has to be iconic; it should be an icon of a time in history. It must be something made by humans and with a certain level of complexity.

Chichen Itza, is one of the main archaeological sites on the Yucatan Peninsula, in Mexico. It was and is a sacred city and Mayan pilgrimage center founded by the Itza, the so-called water sorcerers, in the 5th century AD. So, we can remember that Chichen Itza's true wonder lies in experiencing the site itself. Not only the great and high technology building techniques but also the power to reflect the Solstice and Equinox. These two natural phenomena are the main attraction for many tourists, and thanks to Mayan Civilization, are experienced in the ultimate way possible. During the spring equinox, thousands of visitors gather to witness the phenomena of natural light and shadow movements. Especially the serpent that descent step by step in El Castillo Pyramid. The shadow effect that the Mayans created, showcases a 120 ft length snake creeping downstairs until it joins a huge serpent’s head at the bottom of the stairway.

According to history, the Itzá power lasted for around one hundred years until, at the beginning of the 13th century, the rulers of Mayapán, subordinate to them, defeated them and maintained power in the area until 1441, the year in which they were defeated by a confederation of cities. headed by Uxmal. But the fame of Chichen Itzá did not disappear. Despite being abandoned, it remained a sacred place for the Mayans, especially for its enigmatic cenote (A great natural receptacle with water) where offerings and sacrifices were made for centuries.

The Archaeological site takes over 25 square kilometers, and it is thought that it was home to 80,000 habitants. The religious and ceremonial spaces took over 6 square kilometers. It seems to be divided by history, a part of the site is known as “Old Chichen Itza” and the northern area, where more modern buildings are to be found in the “New Chichen Itza”. This last one is where the Toltec influence is found.

In Chichen Itza, there’s much more than meets the eye. From spectacular building techniques to paintings and carved stone art. In addition, the famous Sacred Cenote makes itself known within the Archeological Site of Chichen Itza. This cenote is where many religious rituals and activities took place. In general, all cenotes were considered passages to the underworld for Mayan Civilization, and especially a place to worship Chaac, the god of rain. In the depts of the Sacred Cenote, archaeologists have found pieces of gold, jade, copper, fabric, and vessels; all thought to be thrown as part of the offerings to their gods. 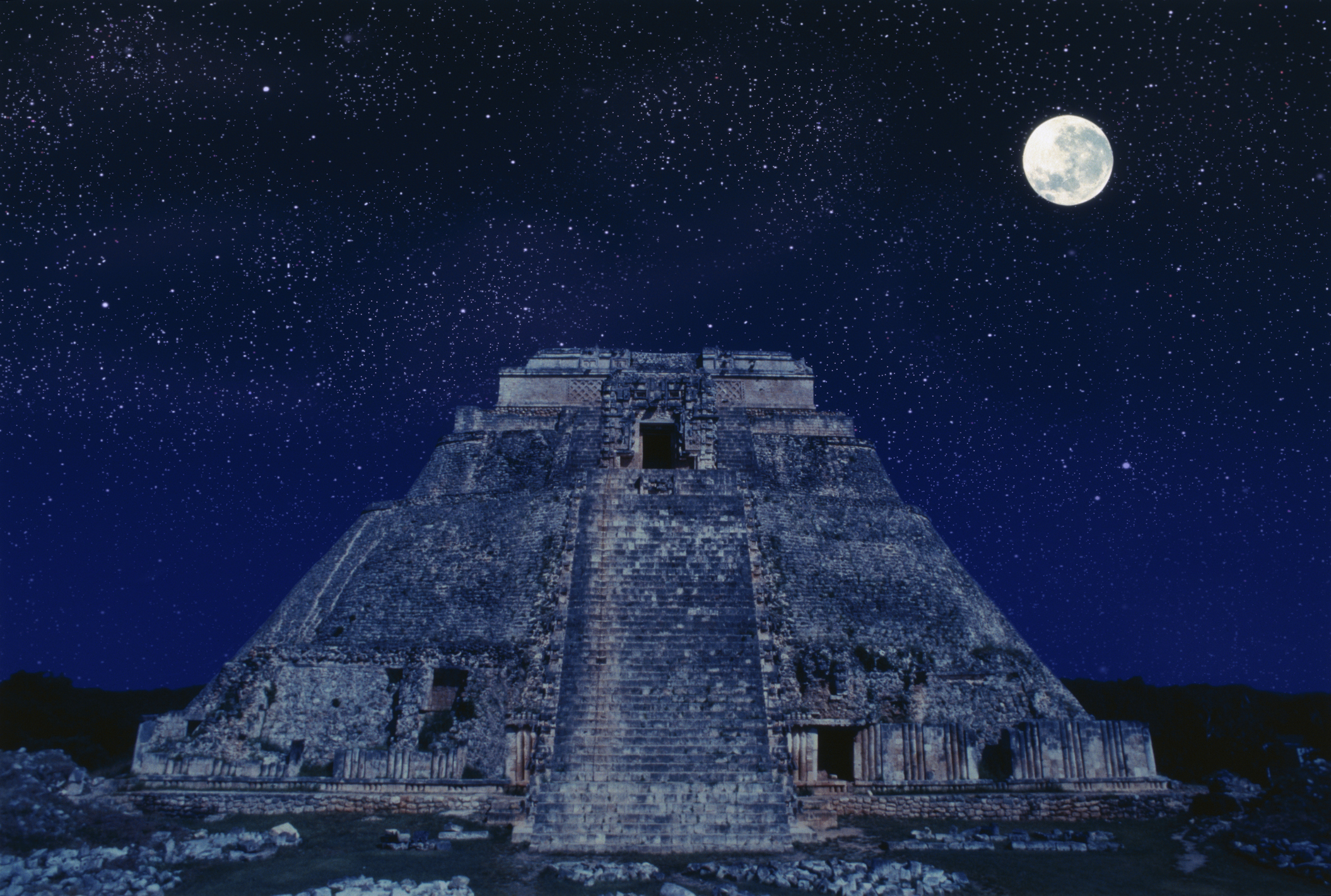 Today the ruins of Chichen Itza are federal property and the site’s management is maintained by INAH. But the actual ruins of the city extend over 25 km with many unexcavated ruins and this part is not under any state protection. Village cooperatives and individual landowners make use of this land for agricultural purposes. Around 2.6 million visitors come every year to explore the ruins by day and by night. Thanks to technology, visitors can experience a different and unique night show that illuminates the Kukulkan Pyramid every night.