Let us take you on a journey of discovery to some of the most beautiful wonders of the world. A list of natural and man-made sites that invite reverence, wonder, or simply contemplation. We hope you can visit these places at least once in your life. 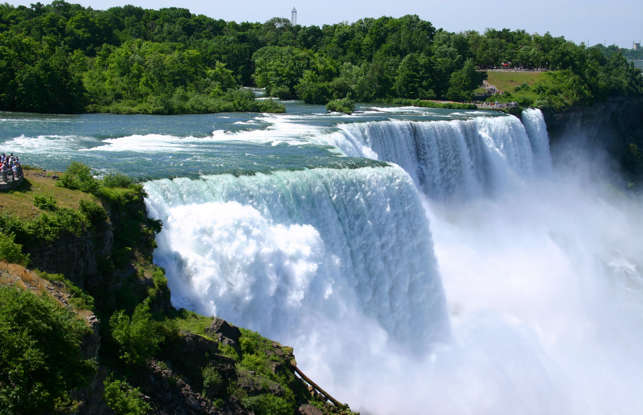 Niagara Falls majestically marks the border between Canada and the United States. Made up of three waterfalls that link Lake Erie to Lake Ontario, they are impressive in their magnitude and the power of their flow. 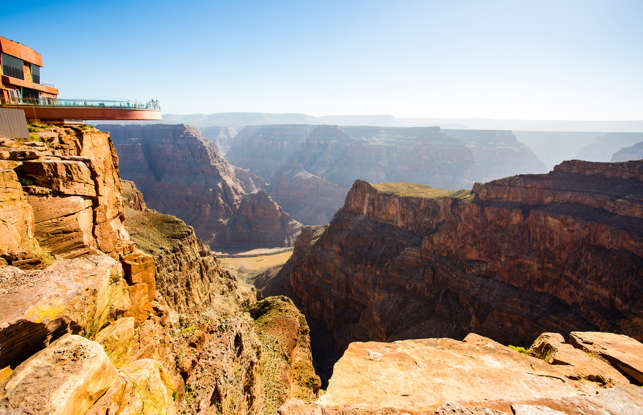 Stretching 277 miles long and one mile deep, the Grand Canyon was carved out of stone by the Colorado River in Arizona. This marvel of nature attracts over five million visitors every year.

The Great Pyramid of Giza 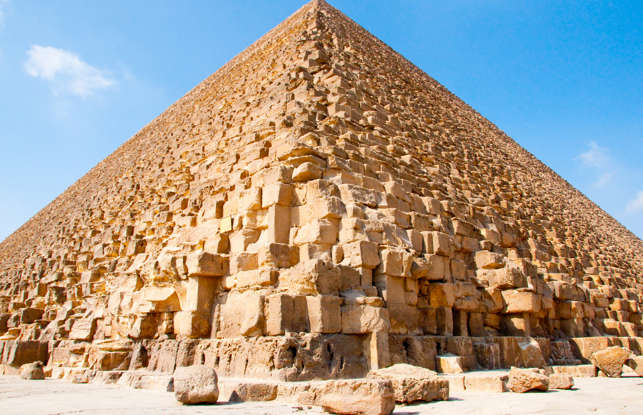 Journeying down the Nile to discover the pyramids of Egypt is something every adventurous traveler dreams of. The Great Pyramid of Giza (also known as the Pyramid of Cheops) is one of the Seven Wonders of the World. Located in Giza, the pyramid is an ancient necropolis constructed over 4,500 years ago. 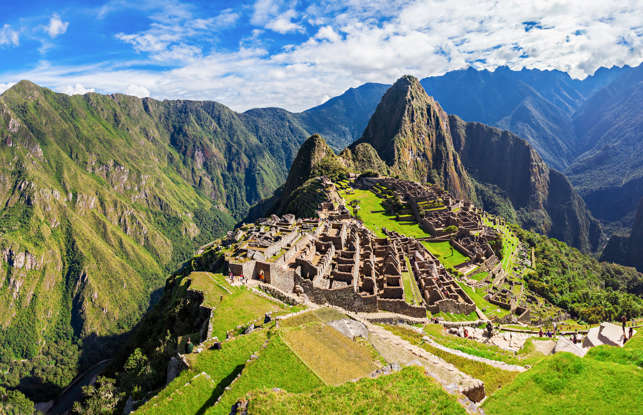 Sitting at 7,972 feet above sea level in the Peruvian tropical forest, the historic sanctuary of Machu Picchu is a relic of the architectural achievements of the Inca Empire. Discovered in 1911 by archaeologist and explorer Hiram Bingham, this Inca city is a UNESCO World Heritage Site and considered one of the Seven Wonders of the World. 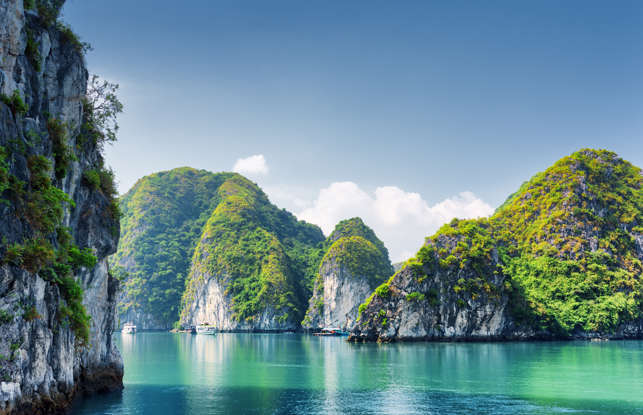 Situated in the Gulf of Tonkin in Vietnam, Ha Long Bay has been a UNESCO World Heritage Site since 1993 thanks to its “outstanding scenic beauty.” This magical site is famous for its hundreds of limestone pillars jutting out of the water, creating countless coves and caves to discover by kayak. 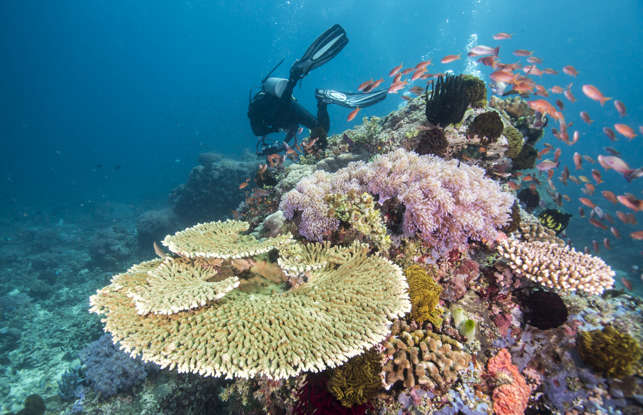 The Great Barrier Reef sits off the coast of Queensland, Australia, and is the largest coral reef in the world. Although it’s threatened by pollution and global warming, the ecosystem is still home to an impressive diversity of species.

The Temple of Artemis at Ephesus 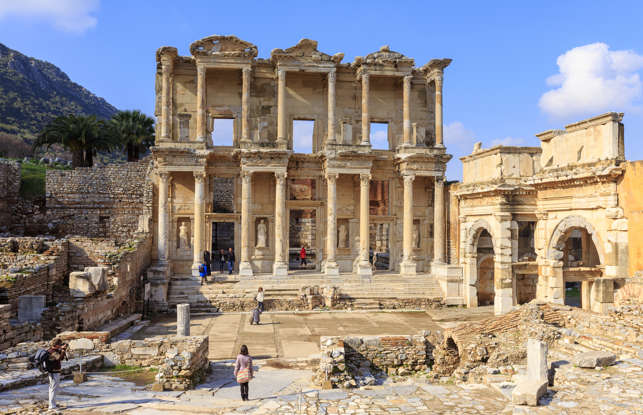 The Temple of Artemis at Ephesus, Turkey, lies in ruins. But the site, which was one of the most important Greek cities in Asia Minor, deserves its place on this list. Be sure to take the time to admire the Library of Celsus, whose majestic columns have stood the test of time. 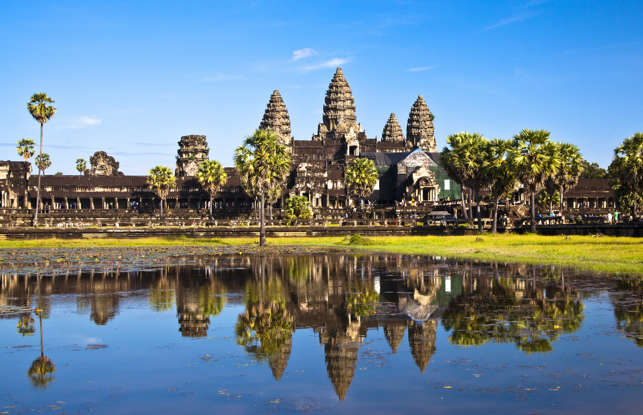 Angkor, Cambodia, was one of the capitals of the Khmer Empire, which was a major power in Asia between the ninth and fifteenth centuries. The archaeological site, which extends over several miles, includes numerous famous temples such as Angkor Wat, Angkor Thom, and Bayon.

The Great Wall of China 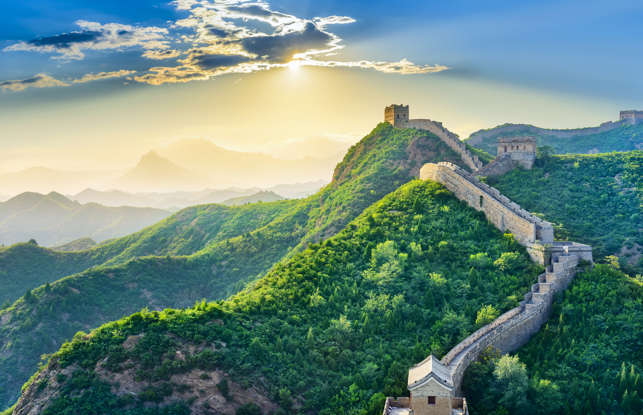 The Great Wall of China remains the most monumental construction project in the world. The wall consists of military fortifications built between the third century BCE and the seventeenth century CE to protect China’s northern border. The total length of the wall is estimated at over 13,000 miles. 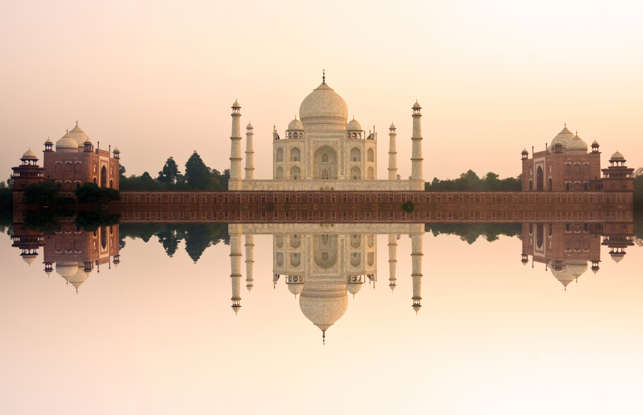 The Taj Mahal is an ode to love. Built at the request of a Mughal emperor in memory of his wife, this white-marble mausoleum is a jewel of architecture and Muslim art. Millions of visitors travel each year to India to admire its splendor. Designated a UNESCO World Heritage Site, the Taj Mahal is also one of the Seven Wonders of the World. 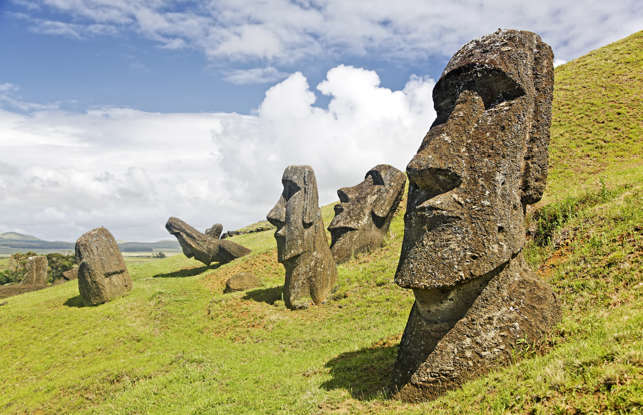 Located between the Chilean coast and Tahiti, Easter Island (or Rapa Nui) is one of the most isolated places in the world. And yet, in around 300 CE, the Rapa Nui people carved enormous statues throughout the island and placed them on platforms that serve as tombs for the people they represent. This moai tradition—carving stone into the image of people—lasted until the sixteenth century. 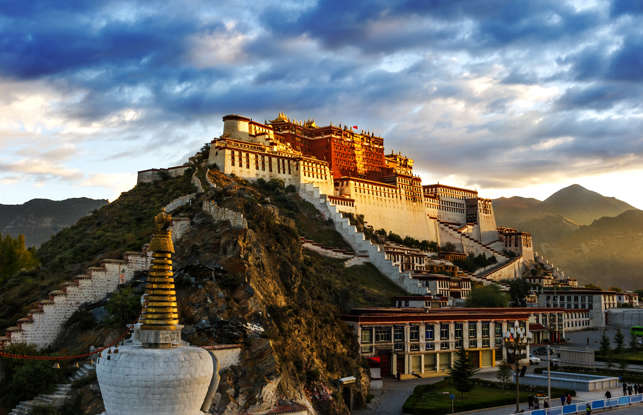 The historical complex of the Potala Palace rises out of the heights of Lhasa, Tibet. Built at an altitude of 12,100 feet, this monastery-fortress has been the Dalai Lama’s winter residence since the seventh century. Today, it’s a museum registered as part of the Chinese national heritage and a UNESCO World Heritage Site.

The Valley of the Temples in Agrigento 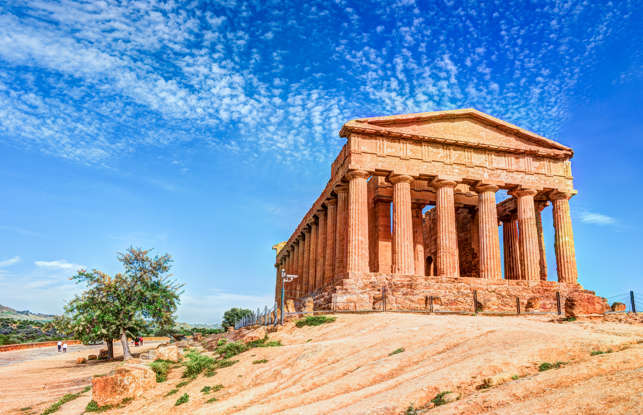 The Valley of the Temples in Agrigento is one of the most famous archaeological sites in Sicily. Composed of eight amazingly well preserved temples and mosaics, the site testifies to the prosperity and cultural influence of the ancient Greek city of Akragas in the Mediterranean Basin.

The Malian town of Timbuktu played a major role in the spread of Islamic culture in Africa. Nicknamed the Pearl of the Desert, this ancient intellectual and spiritual capital is famous for its earthen mosques, like the prestigious Sankore Mosque. 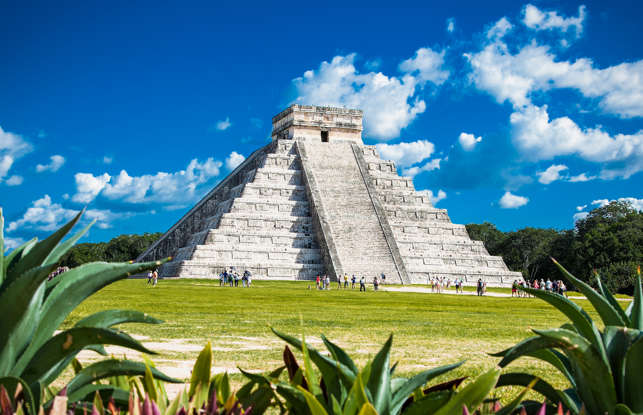 The ancient Maya city of Chichen Itza is located on the Yucatan Peninsula in Mexico. Every year, thousands of visitors come to admire the spectacle of the spring equinox, when a shadow is cast over the Pyramid of Kukulkan, as the Maya witnessed many years ago.