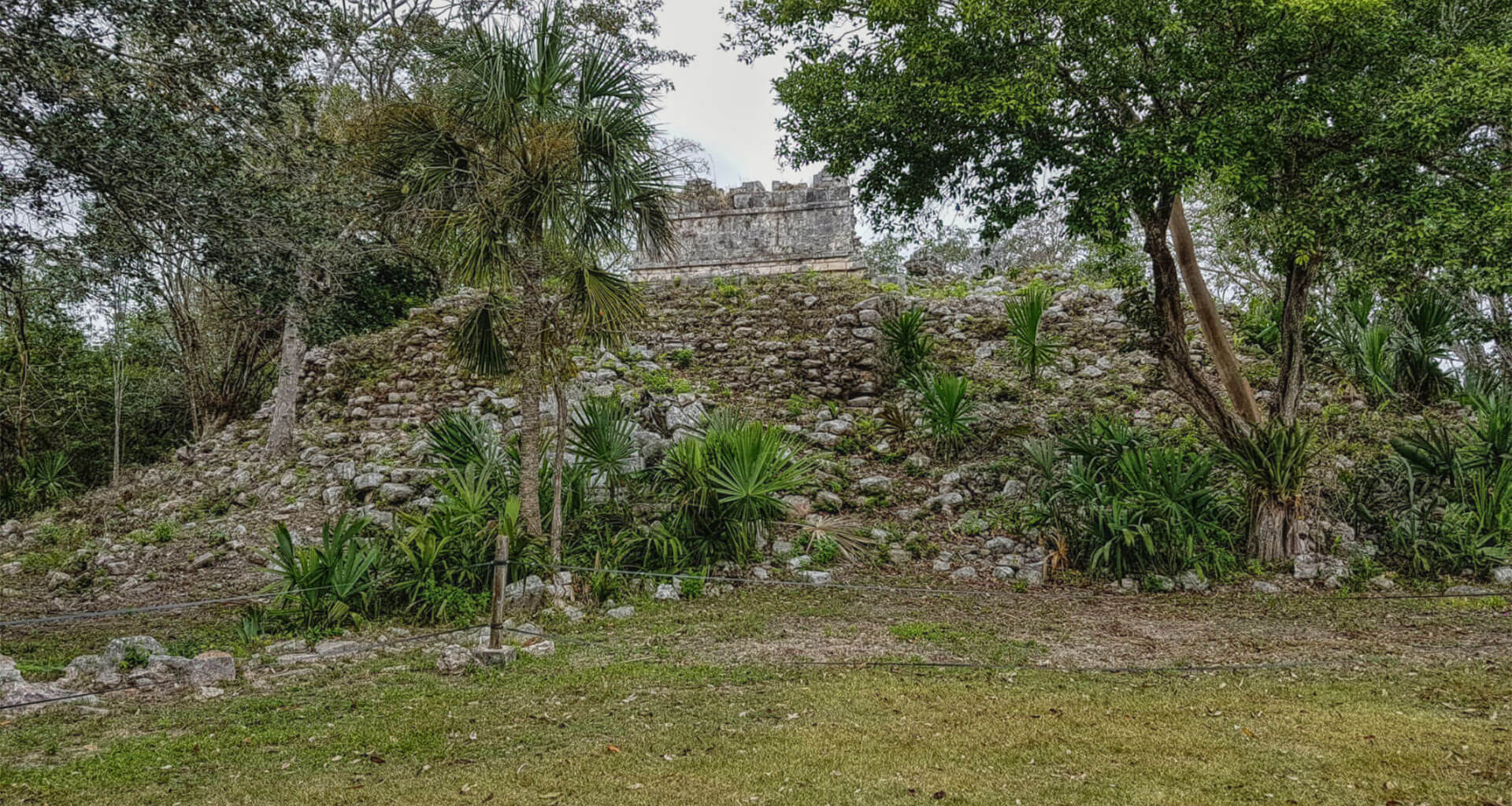 THE HOUSE OF THE DEER

Also known as The Temple of the Deer, this building is now very much destroyed. It must have been similar to the Chinchanchob, but more than half of the structure has collapsed.

Over the roof, the remains of the crest are barely conserved. The name of the temple, according to tradition, comes from a painting of a deer in the interior that, as time passed by, it has faded away. From what remains to be seen today it’s possible that he building suffered from a water tract that washed away the stucco from the walls, where this painting might have been.

As mentioned, the architectural structure of Chichanchob and the House of the Deer are very similar. Besides being built on almost identical platforms, both have very similar cornices, plinths, roof construction, cresting, vaults and stone walls. Another similarity is the separation of their three chambers and their stone rings associated with the upper moldings. These two buildings are unique in their use of such rings; however, archaeologists are still not entirely sure of their main purposes. The features shared by the two structures strongly indicate that either one is a partial copy of the other or that both were designed by the same architect within a few years of each other.

INAH, has looked further into this investigations and have found that it’s possible that its construction occurred during the early part of the 7th century AD. Later in history, both buildings underwent certain modifications. If the flying façade of the Chichanchob is a secondary addition to the structure, it may be reasonable to assume that this feature, as well as the phallic figure, censers and jars, manifest a change in the original use of the building, but its function, which must have been ceremonial, remained the same. However, the addition of the secondary staircases in front of the entrances does not indicate a change in the use or function of the building, but may have been an architectural innovation, as was the secondary roof covering the space between the flying façade and the crestería. The addition of the serpent head to the stairway of the House of the Deer may indicate that the building was dedicated to its cult during the Toltec period, or a later period.

The uncovered altar suggests the possibility that religious ceremonies may have become more public at the House of the Deer during the Mayapan period than they were previously. An interpretation of the meaning of the deer painting, or what it represents, would be a bit risky, pending further archaeological, ethnographic and documentary research to shed more light on this point.