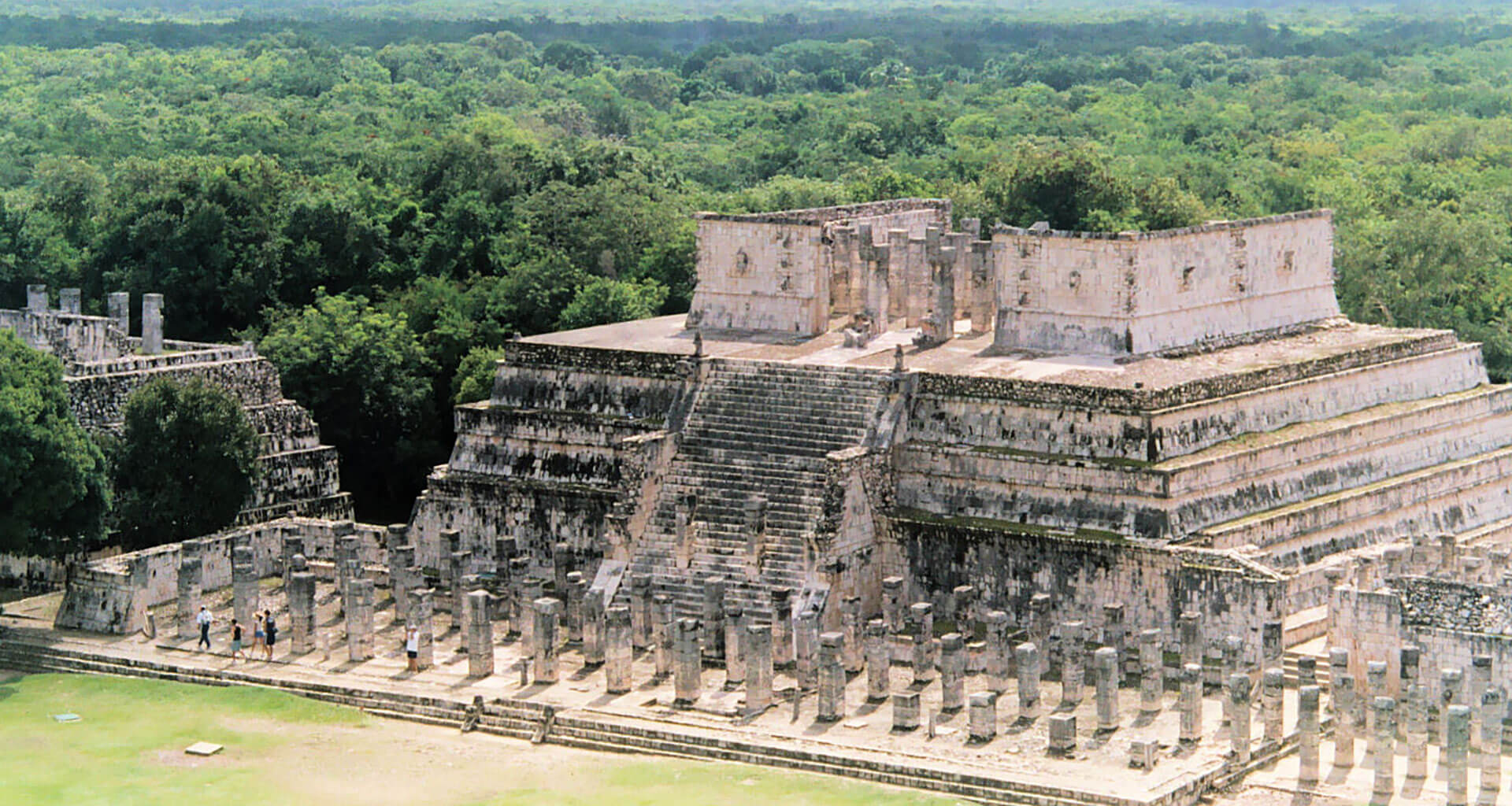 The Temple of the Warriors

The Temple of the Warriors is a 40 feet high and 133 feet wide structure. The central temple shows bas-reliefs of warriors, eagles and jaguars devouring human hearts. A representations of the god Tlalchitonatiuh and Chaac Mool can also be found in the incravings.

The Temple of the Warriors is one of the most impressive and important structures at Chichen Itza. It might be the only known late classic Maya building sufficiently big enough for really large gatherings.

The temple consists of four platforms, flanked on the south and west sides by 200 round and square columns.

All square columns are carved in bas-relief, with Toltec warriors; in some places they are cemented together in sections, painted in brilliant colors and covered with plaster.

The Temple of Warriors is approached by a broad stairway with a plain, stepped ramp on either side, and each ramp has figures of standard-bearers to hold flags. Before the main entrance a Chaac Mool reclined.

On the top, serpent columns which had S shaped supported wooden lintels above the doorways, these have been gone throughout the years.

Astronomical signs and decorative features on the head of each serpent are carved over the eyes. On the top of each serpent head is a shallow basin that could have been used as an oil lamp.

The Tomb of the Chaac Mol

This substructure is conserved inside the basement of the Temple of the Warriors. Inside was a statue of Chaac Mool wearing a type of helmet and a belt from which are hanging human heads. It must be pointed out that the name “Chaac Mool” is not Maya: it was invented by the American explorer Augustus Le Plongeon.

The man appears to be sitting, resting his elbows, folding his knees and turning his head to a 90 degree angle.

The name “Chaac Mool” means “great red jaguar” in Yucatecan Mayan. This type of figures were first present in Mesoamerica in the beginning of the post-classical times, and it’s associated with the Toltec. Most of the known Chaac Mool statues have been found in places like Tula and Chichen Itza.