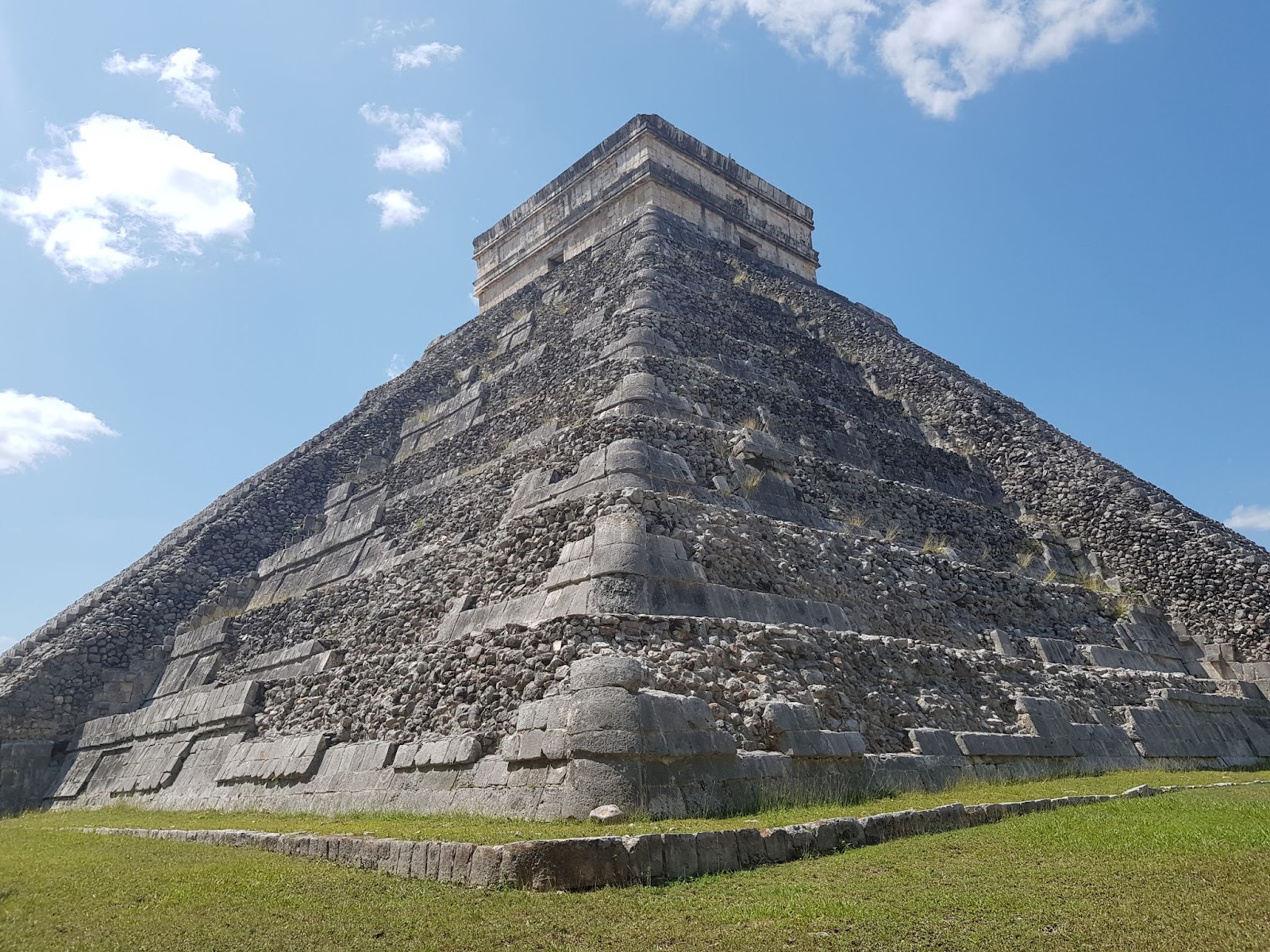 Kukulcan pyramid, in Chichen Itza, is the mayan masterpiece. To get to Chichen Itza from Cancun, you must take the highway dividing the Gulf of Mexico from the Caribbean. In this article, we collected several wow facts about Chichen Itza for you to widen your knowledge about this amazing Mayan Archaeological Site. 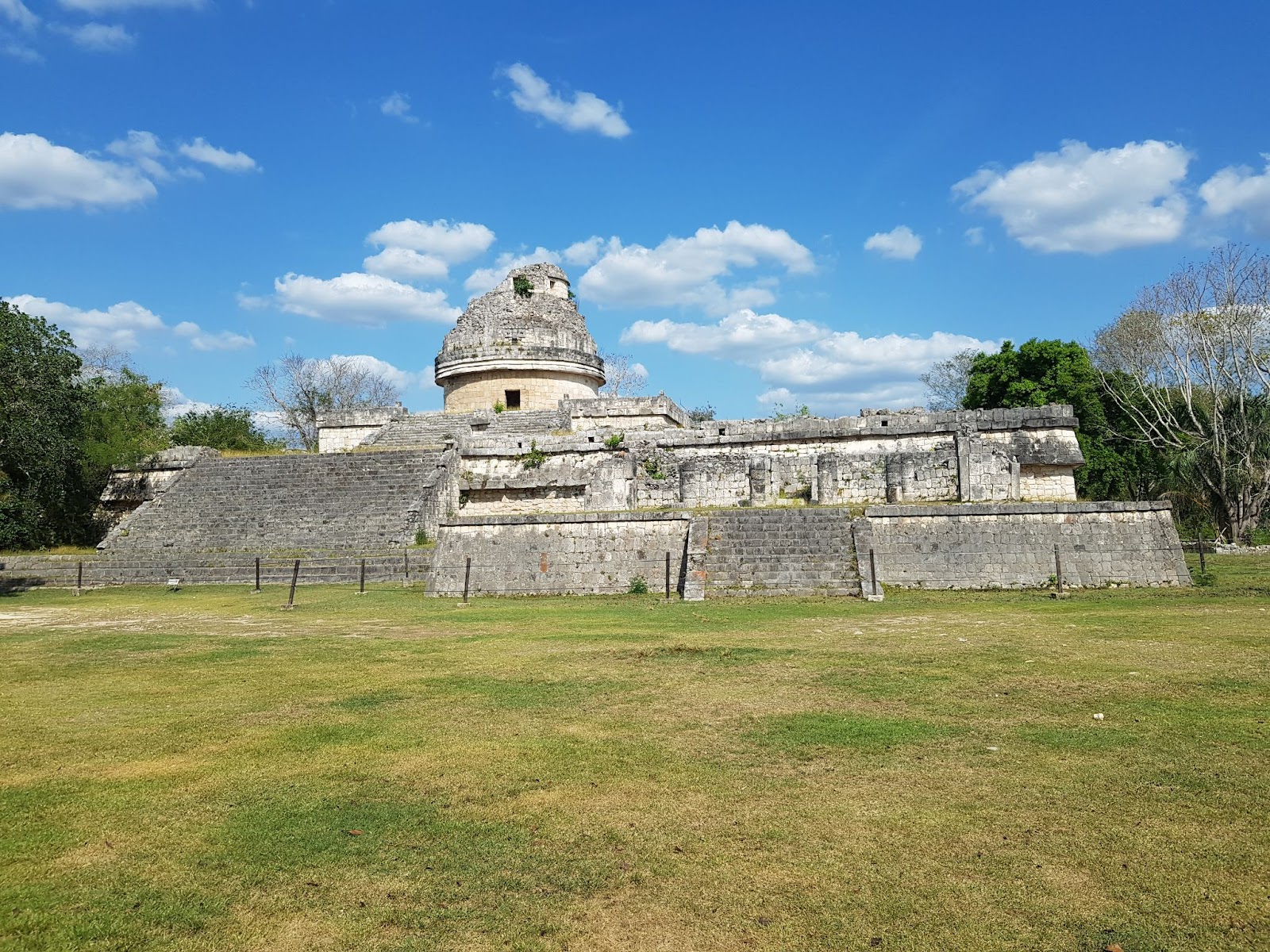 Mayans were the America’s equivalent to Greeks, given its astronomic, astrology, mathematical and medicinal advances, among other sciences.

Some studies suggest that Mayans descend from a group of Siberians who came down to America chasing mammoths in order to hunt them. They find the obsidian, volcanic rock to which they give several usages, stop in Guatemala and decide to create societies venerating both the Sun and the Moon, their deities. These same Siberians are, probably, ancestors of the Chilean Mapuches, the Canadian Ottawas, the Cherokees and Apaches in the USA, and the Incas, Zapotecs and other cultures in Mexico.

Kukulcan pyramid is the Mayan masterpiece for several reasons. They did not got anything wrong, everything was correctly calculated: 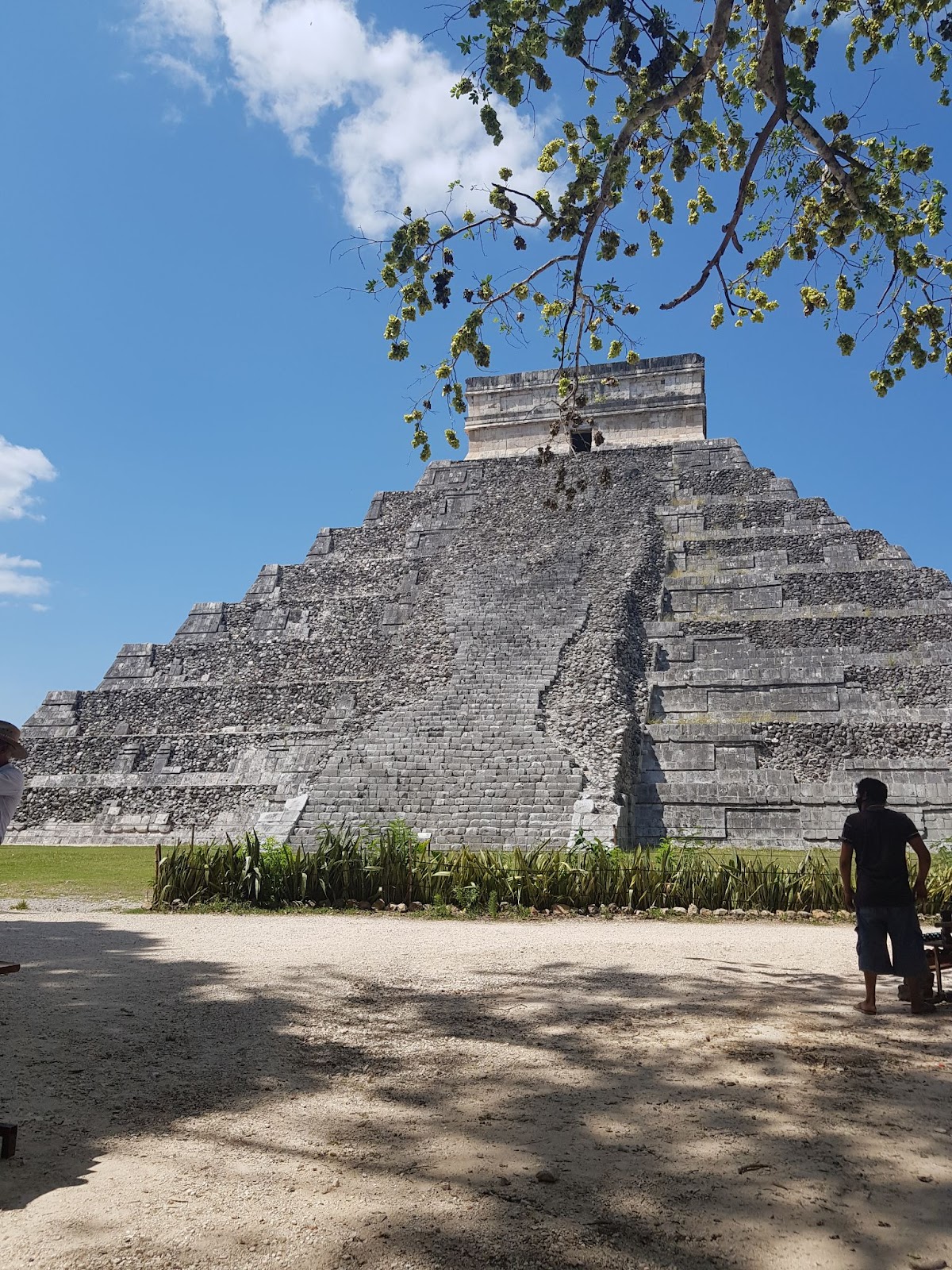 It has 364 steps, plus the upper platform, gives a total of 365, which is equal to the number of days present in the Mayan agricultural calendar, or Haab calendar. 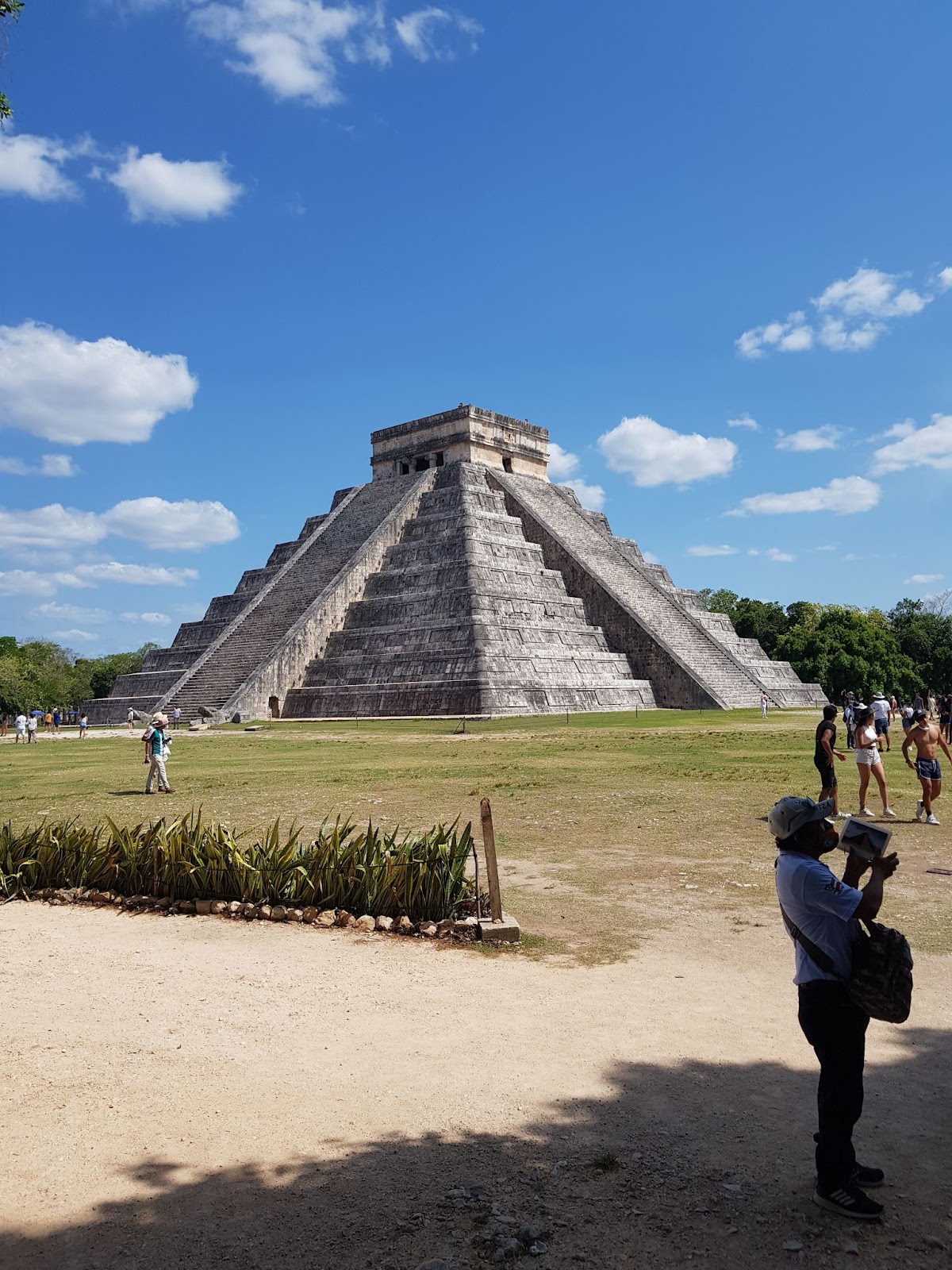 It has 9 platforms representing the 9 levels of the underworld, or Xibalba in Mayan language.

The pyramid has an acoustic effect that simulates the singing of a Quetzal, an endemic bird related to Quetzalcoatl, or Kukulcan: the feathered-snake-shaped deity.

It is related with the number 28, which coincides with the Moon Cycle, earth and women fertility, and the human hands phalanxes.

It is related to the 7 energetic points (aka, chakras) of the human being. As we, humans, are a representation of the Earth, the Earth also has the same number of energetic spots. Chichen Itza is one of the 7 energetic spots of the Earth. Specifically, it equals to the energetic point near the human heart, which refers to love, same that, according to the hypothesis, it’s always unconditional fomenting the understanding and the integration of beings with different qualities who used to inhabit that space or those who visit it nowadays. It is also related to power, abundance and freedom.

It represents the daily battle that the Sun has night after night to triumph over darkness.

It has 4 stairways, each one pointing to the cardinal points. The stairway decorated with snake heads points to the north. 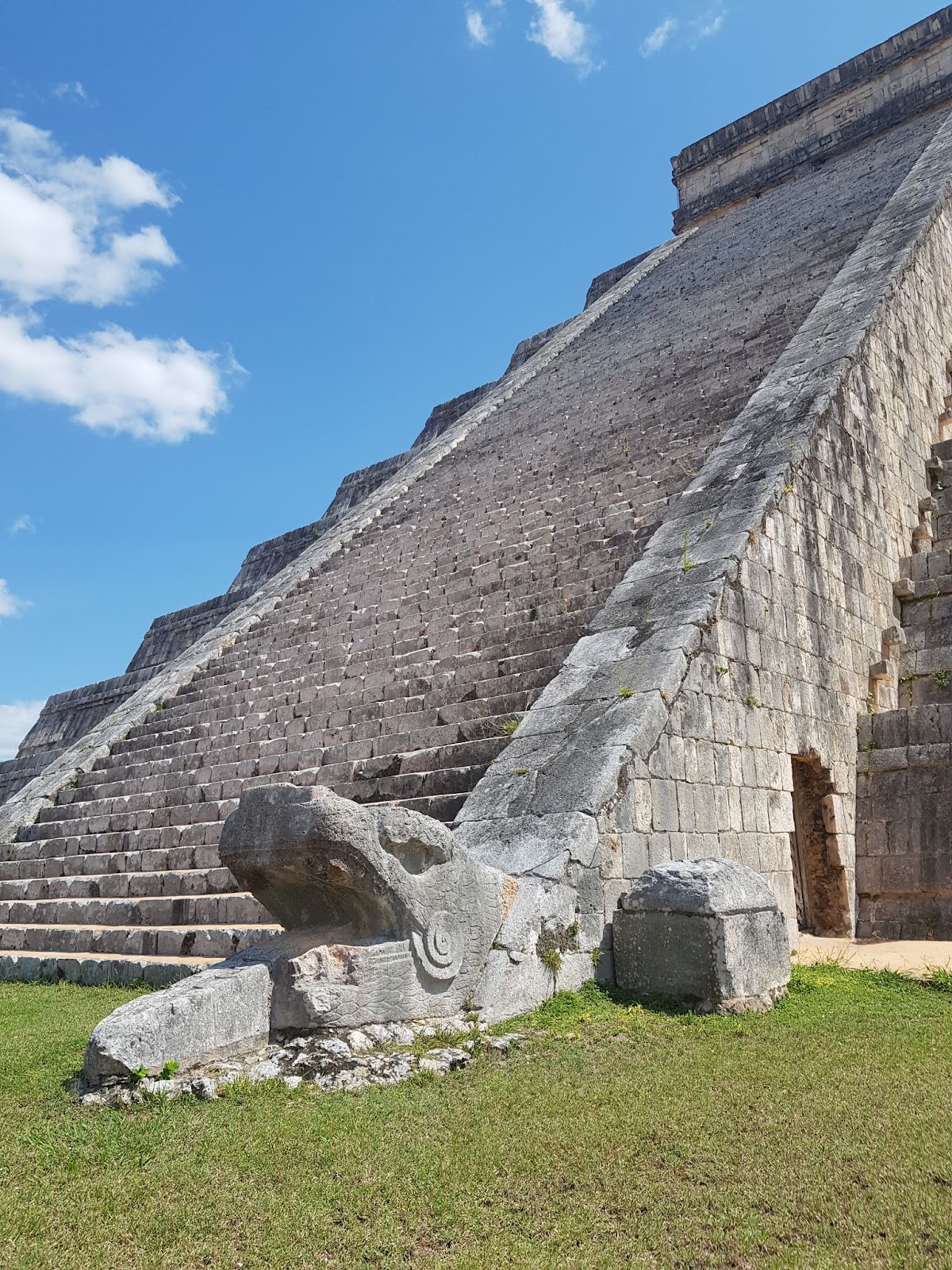 Mayans discovered the equinox by studying sunrises for over 1,500 years and built the pyramid as reference.

Sons of the cosmos 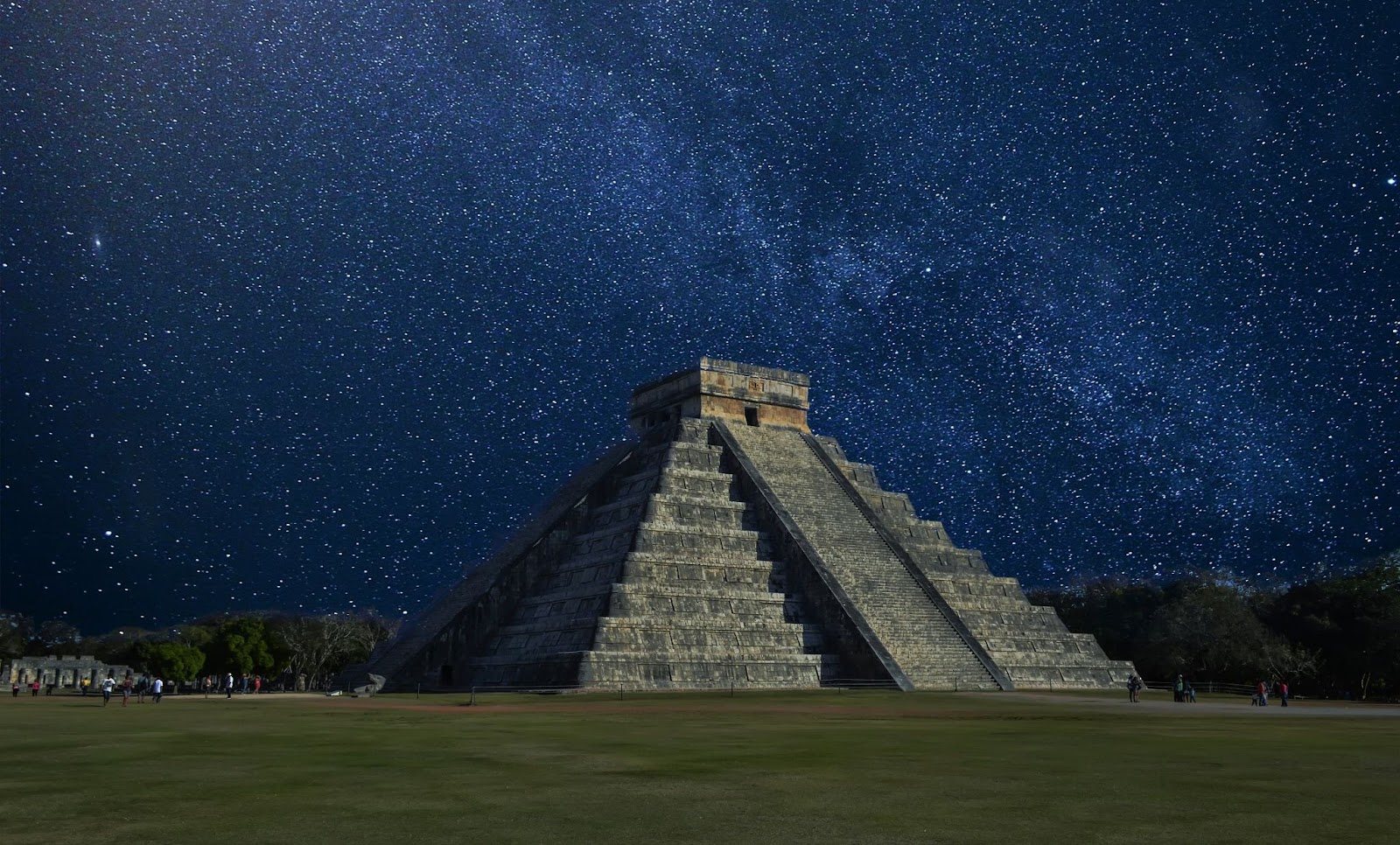 Chichen Itza inhabitants used some sort of pitchfork to study stars groups, and ruled their behavior by the cosmic behavior. 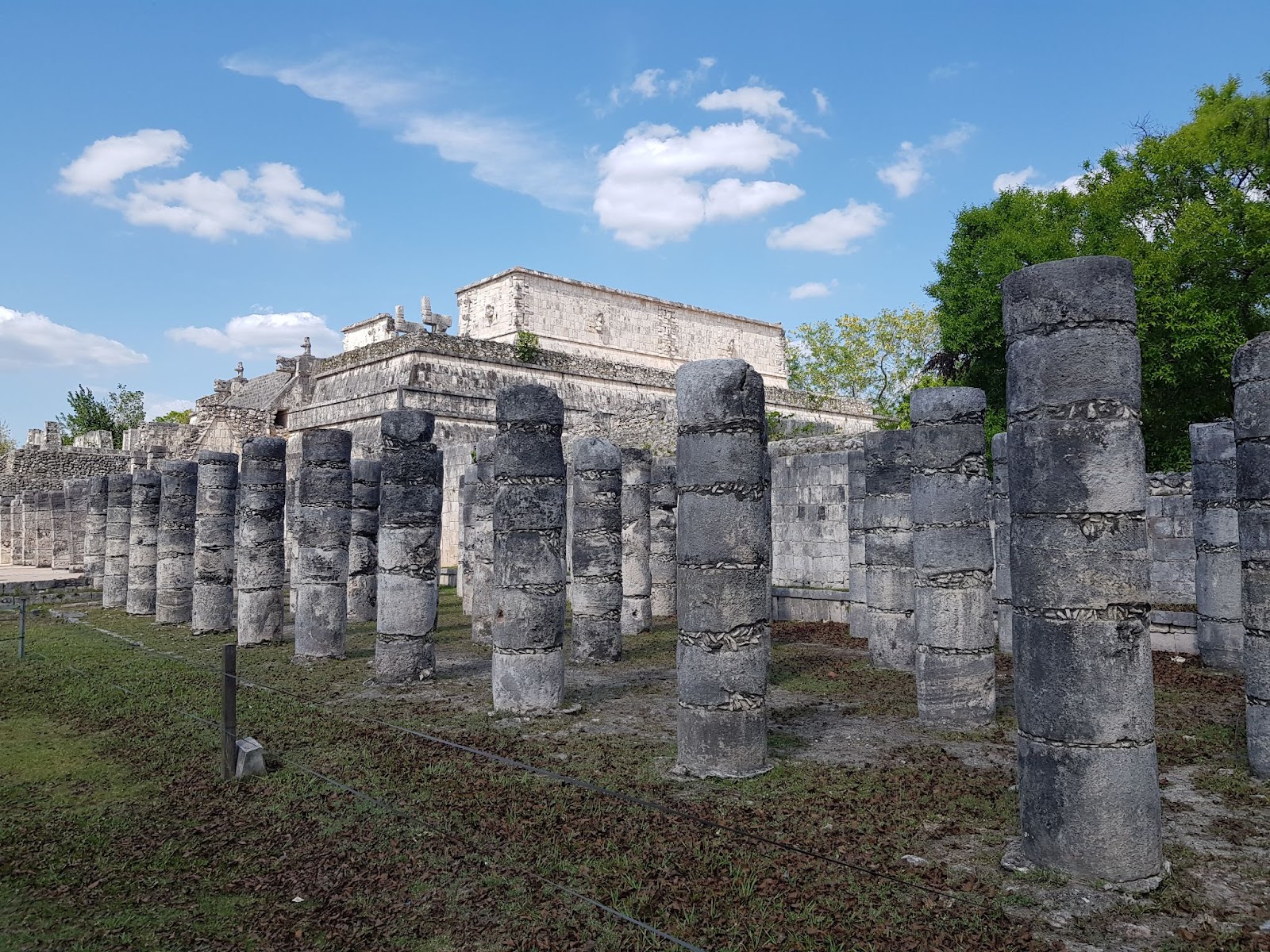 They used to register time by sun and shadow positions. 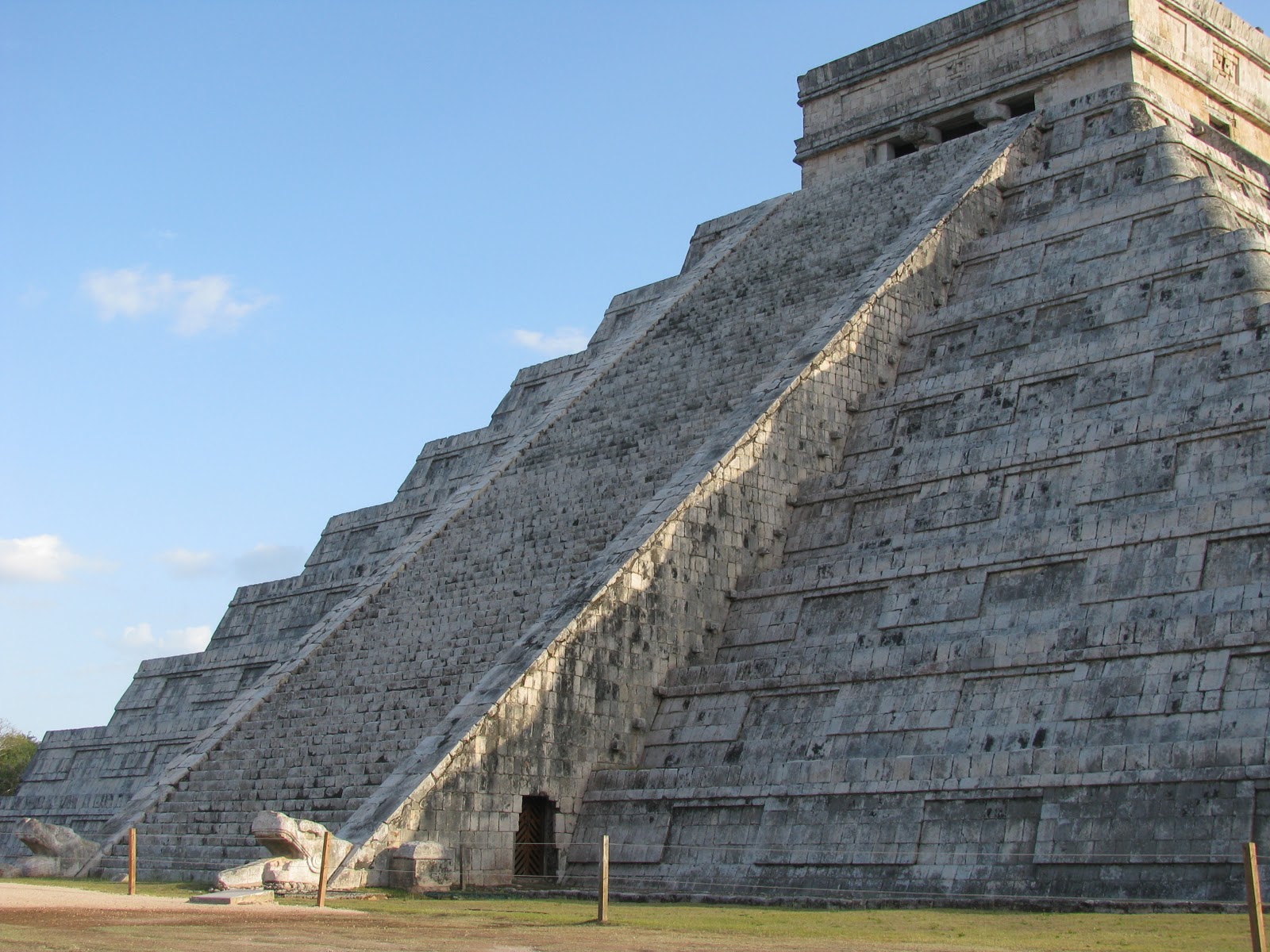 During the equinox, the shadow of the Mayan deity Kukulcan can be seen, which, according to theory, comes down to fertilize the mayan lands. From this event, Mayans understood it was time to sow and reproduce. The stairways represent a way to tell Kukulcan to descend, go straight forward, go down to the sacred cenote and look for a way out of the underworld to be victorious against darkness.

Built over a cenote 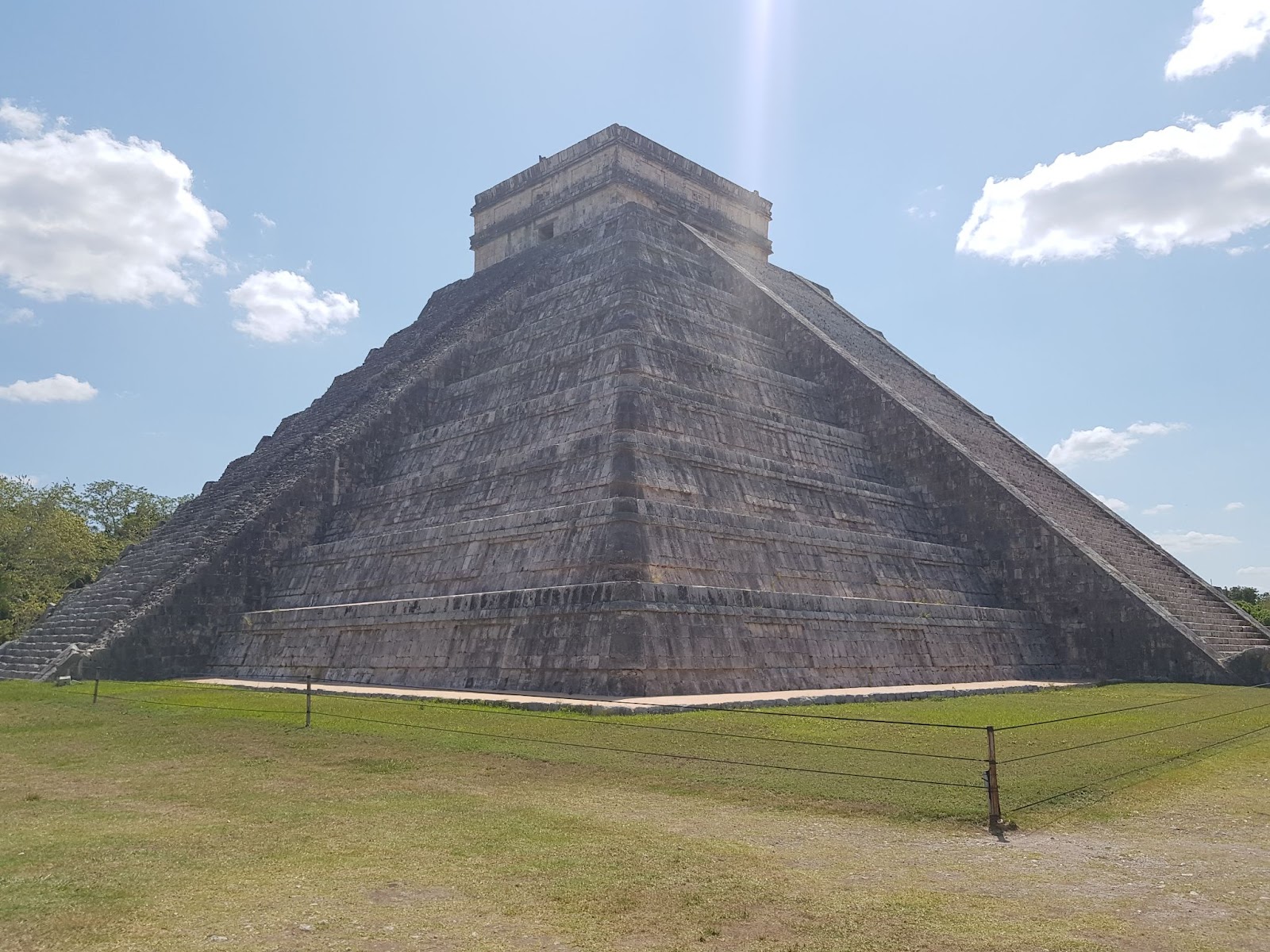 The cenote underneath the Kukulcan pyramid represented for Maya's life emergence, another reason for which they decided to build it on that specific point. 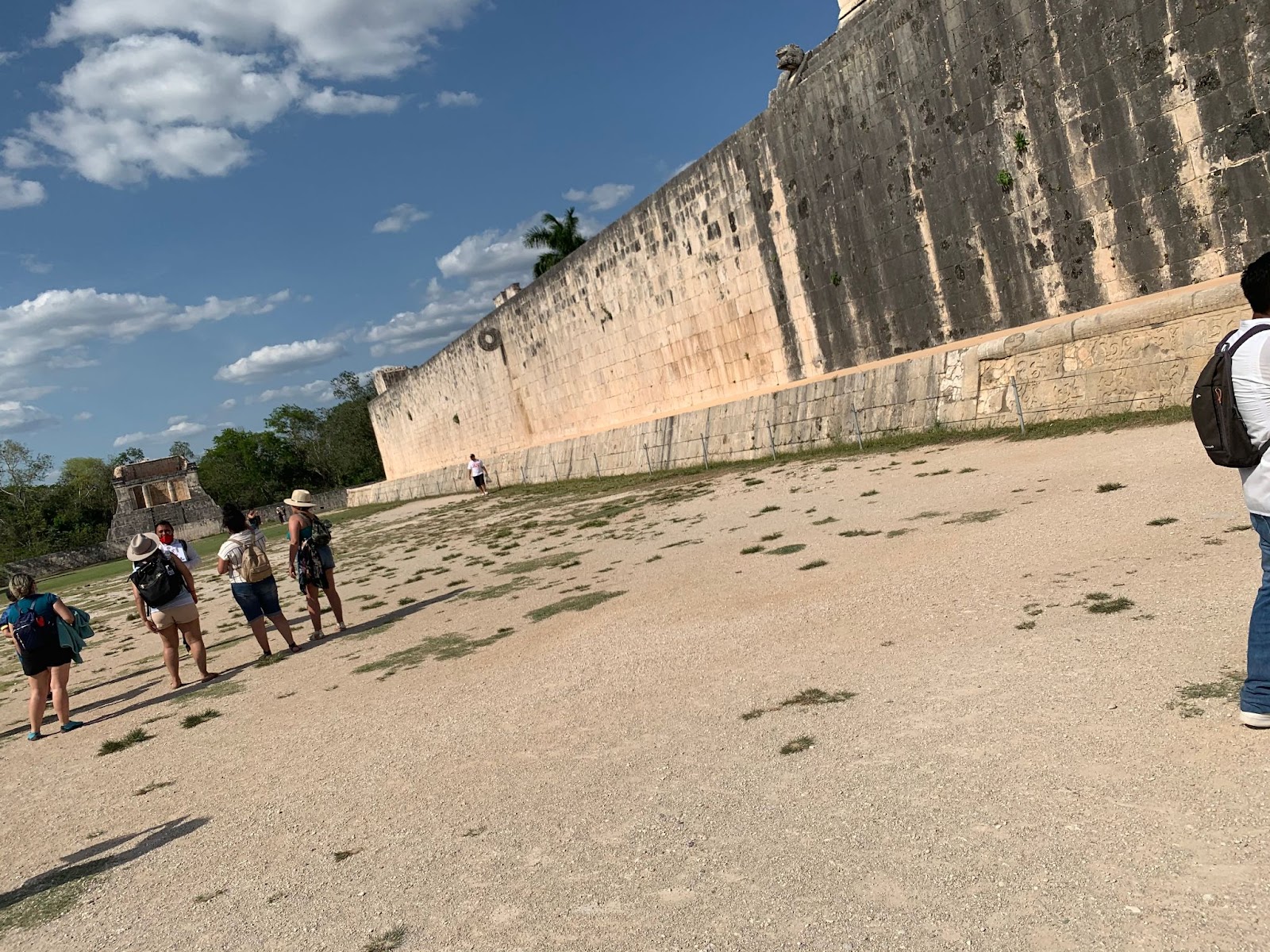 They built every structure from the vision angle, which would be used as draft in order for these buildings to take advantage of weather conditions.

Venus, the Sun and Moon guide 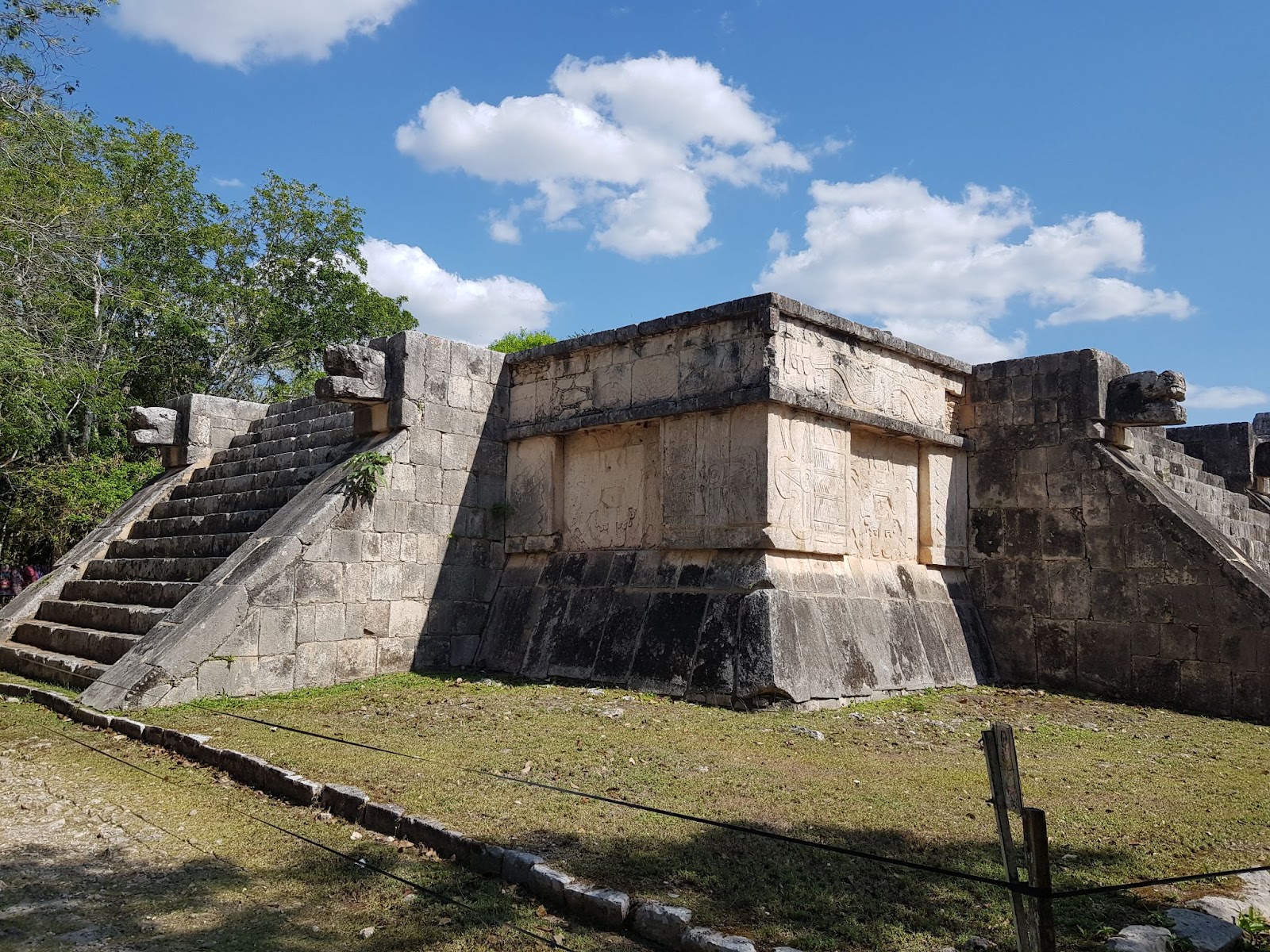 The Venus Platform is another structure in Chichen Itza archaeological site. It represents the celestial body as a guide of the sun and the moon. According to theory, this is the reason why the planet it’s always so close to the moon from the Chichen Itza perspective.