Ever wonder what is inside one of the most visited places in the south of Mexico? Every year, visitors from all over the world gather to know one of the seven wonders of the world. Then, twice a year, excitement runs through everyone's veins expecting the descent of the Kukulkan during the Spring and Fall Equinox. In 2008, the government forbids to even climbing to the top of the Pyramid.  But, still,  no tourist has ever gotten a look inside the building…

Located in the Yucatan Peninsula, awaits the magnificent site of Chichen Itza. And as you may know, Chichen Itza holds up a group of buildings. The most famous one would be the Pyramid of Kukulkan, in the center of the site. The structure and size itself are imponent to anything that gets closer to it. 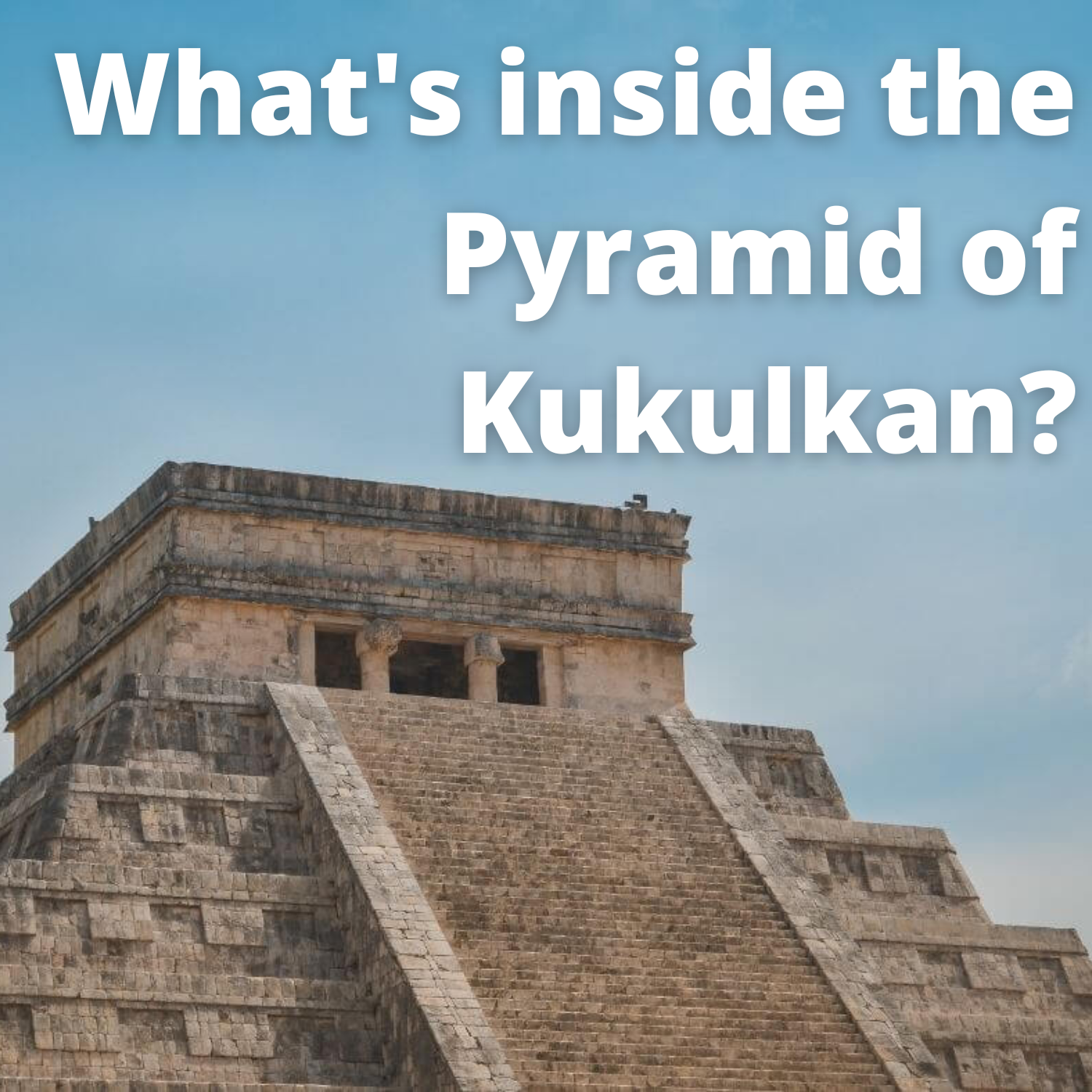 According to legend, Kukulcán, the feathered serpent god, alights from the heavens, blesses his worshipers on earth, and then makes his way to the underworld, or Xibalba. Nevertheless, while tourists have been admiring the marvelous shadow scene, archaeologists have been exploring the inside of the Pyramid of Kukulkan for nearly a hundred years. Archaeological explorations of El Castillo have revealed two earlier pyramids inside and possibly an entrance to hell, Xibalba.

With its pleasing radial symmetry, tidy stepped platforms, and crowning temple, El Castillo is one of the most recognizable Mesoamerican pyramids. Priests ascended one of the four staircases to reach the temple, so the pyramid was never meant to be entered.

However, within the 1930s, the excavators in charge started investigating and found that another pyramid temple was settled inside the bigger pyramid. Later on, excavations uncovered that it had nine stages, a single stairway, a sanctuary containing human remains, a jade-studded puma position of royalty, and a so-called Chac Mool. The Chac Mool may be a sort of Maya design of a divine male figure leaning back and holding a bowl utilized as a repository for sacrifices. Analysts theorize that this pyramid was built at some point between 800 and 1000 CE.

Within the mid-2010s archeologists utilizing noninvasive imaging methods found again another pyramid buried inside the two others. They theorize that it was likely built between 550 and 800 CE and may have had a single stairway and an altar.

This is not the first time archaeologist and historians have found not one but two temples inside the building. A few years back, archaeologists found structures within other Mesoamerican pyramids. For example, excavations of the Pyramid of the Sun in Teotihuacán, which was constructed by an unnamed ancient culture near Mexico City around 100 CE, found that the pyramid had possibly been built over three earlier structures. Scholars speculate that rulers often constructed over existing buildings as a means of outdoing their predecessors. Interestingly enough, archaeologists working in the 1970s also found a system of caves and tunnels below the Pyramid of the Sun, which connected to the city’s various underground rivers. The discovery suggested a purposeful decision to build on that very spot.

Archaeologists made a similar discovery at Chichén Itzá in the 2010s. Once again using noninvasive imaging techniques, they found what they believe to be a cenote, or large sinkhole, below the base of El Castillo. The depression is similar to Chichén Itzá’s Cenote Sagrado (”Sacred Cenote”), located at the city’s northernmost end. Related to the cult of the rain gods, called Chaac, it was the location of normal offerings that included such valuable objects as jade, gold, and copper as well as people. This cenote interfaces with the various underground waterways and caves beneath Chichén Itzá’s limestone bedrock, a geographical arrangement called karst. Such underground cavities were not as they were sources of new water for the Maya but moreover, concurring with their convictions, the passages to Xibalba, or the “place of fright.” 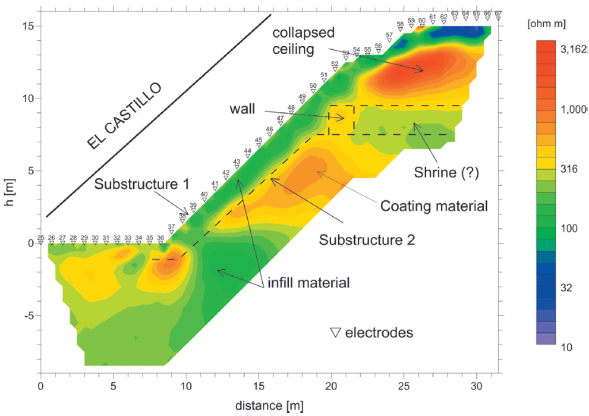 The geo-electric profile was taken in a tunnel inside El Castillo pyramid and over the stairway and temple of substructure 1 (Erosa-Peniche, 1939). The dotted lines show the boundary of substructure 2 covered by the infill material, on which the first one (dashed line) was built.

The capability of the three-dimensional imaging method applied to ‘illuminate’ El Castillo pyramid was demonstrated in this investigation. Mainly, because the geophysical method used is not invasive and does not disturb the historical context of the archaeological site. This type of experiment has been the first of its kind to be carried out in pre-Hispanic buildings, employing novel electrical arrays.

In concluding investigations, historians confirm that it was possible to design appropriate novel geo-electric arrays to ‘illuminate’ the pyramid’s interior. The presence of substructure 1 is very well defined and the imaging results suggest the presence of a second one (substructure 2).

The evidence provided about the existence of substructure 2 within El Castillo, suggests that at least three different constructive phases took place in the archaeological site of Chichen Itza.

Investigations are still being made, and new discoveries are being made in the whole Yucatan Peninsula… 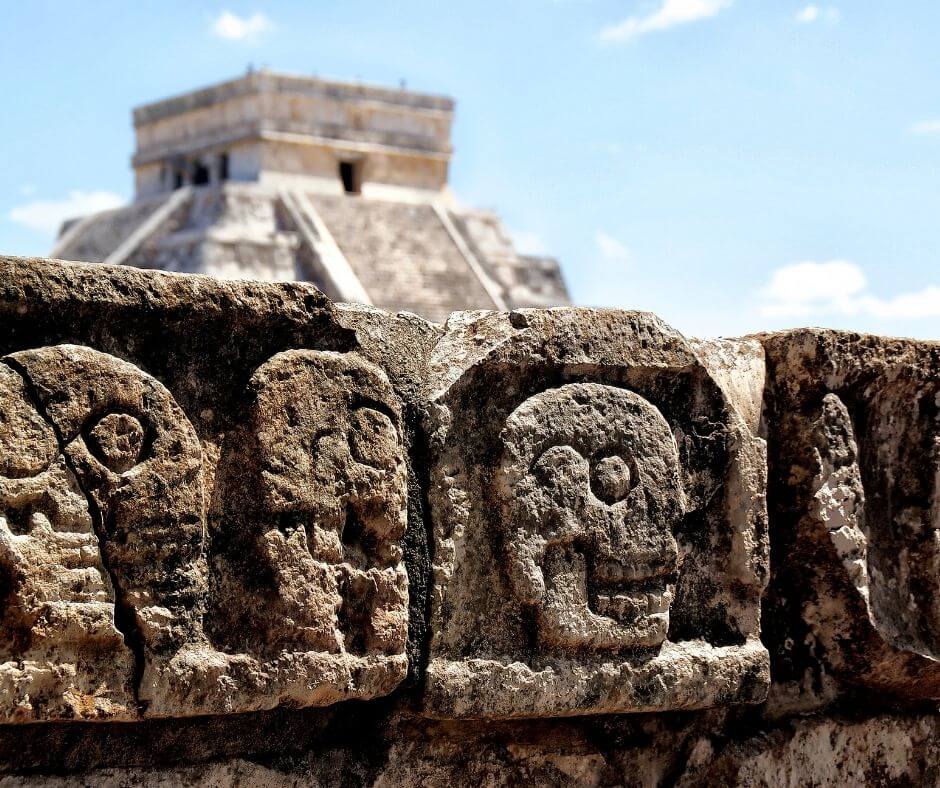