In September the great majority of the chicks dominate the flight and continue to disperse along with the adults in the coastal wetlands of the Yucatan Peninsula and the Caribbean, although it is possible to find some in their nesting area and surrounding areas. Today, September 6th, we raise special awareness of the shorebirds in the area.

Why is Shorebird Day celebrated?

In order to raise awareness about the threats to these species, and to prevent some of them from becoming extinct, every September 6, since 2012, World Shorebirds Day is commemorated.

The main purpose of celebrating World Shorebirds Day is to promote research and monitoring of these species, as well as to highlight the importance of their conservation worldwide.

It is necessary to protect the habitat and migratory routes of these birds because in recent decades shorebird populations have declined. In this way, the preservation of the different species is guaranteed.

One of the most important activities of the celebration is the Global Shorebird Counts that take place every year around September 6. This year the counts will take place from September 1st  to 7th.

In 1985, a shorebird network was launched. The Western Hemisphere Shorebird Reserve Network was born in response to worrying declines in the populations of many shorebird species. WHSR currently registers 114 sites in 18 countries, and at least 434 partners work in the conservation of these birds in 38.7 million hectares of shorebird habitat. Mexico stands out with 17 sites, 12 of which are located in the northwestern part of the country.

What is a Shorebird? 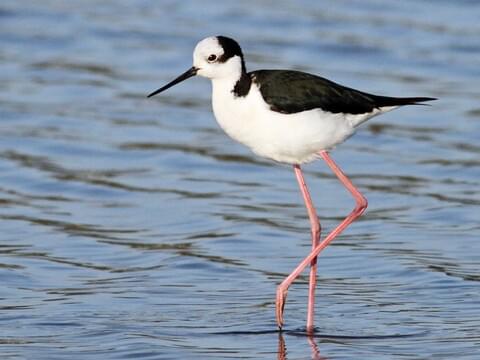 Shorebirds are a diverse group of birds in the order Charadriiformes, which includes plovers, plovers, avocets, oystercatchers, and phalaropes. There are approximately 217 recognized species of shorebirds worldwide, 81 of which occur in the Americas for all or part of their life cycle. Fifty-two species breed in North America and 35 species breed in Central America, the Caribbean, and South America.

In terms of the bird population in Yucatán, 18% of the total is in danger of extinction as a result of habitat loss, the introduction of invasive and predatory species, overfishing, and the climate crisis.

On the Peninsula, there are about 36 species of seabirds, of which only 6% are protected by the Official Mexican Standard. The islands, mangroves, and coastal areas of the region are globally important refuges, as 11% of the world’s total are found here temporarily or permanently.

Photos from Wikipedia and All About Birds

Through regular monitoring, we can understand the status of shorebird populations and the condition of the habitats they’re using. Birds are excellent indicators of the health of an ecosystem, and this monitoring data is used to set conservation priorities. Changes in how shorebirds are using a site can indicate that habitat conditions are poor or changing.

Threats to the Shorebirds’ habitats

Among these, light pollution will be the focus of the campaign for World Migratory Bird Day 2022, which is celebrated on October 8th. Artificial light is increasing worldwide by at least 2% per year and is known to negatively affect many bird species. Light pollution is a major threat to migratory birds, causing disorientation when flying at night, causing collisions with buildings, disturbing their internal clocks, or interfering with their ability to undertake long-distance migrations.