The story behind Mayan writing and hieroglyphics

In pre-Columbian America, only the Maya had developed a writing system comparable to that of the great civilizations of the Near East, such as Egypt or Mesopotamia. This surprised the Spaniards as they arrived to conquer the land. The story behind Mayan writing and hieroglyphics is that in 1527, books and scrolls hadn’t been found before among the Incas in Peru or even the Aztecs in other parts of Mexico, even though they both had remarkable architecture and cultural impact. In an attempt to make their knowledge immortal, Mayans developed their own writing system that allowed researchers to learn more about the truth of their people.

It is difficult to know when the Maya began to write according to what we know about Mayan History. The oldest texts found in the highlands of Guatemala - such as Stela 1 of El Portón or the murals of San Bartolo - date back to the 3rd century BC. In any case, it was in the Classic period (250-900 A.D.) when the bulk of the texts that have come down to us was produced. These were inscribed on a great diversity of supports: ceramic vessels, stelae and stone lintels, shells, bones, obsidian or jades, and on the walls of some buildings and caves (places of great religious value for the Maya). When the Spaniards arrived, the Maya no longer wrote on a stone, but they continued to compose the aforementioned "books" or "scrolls", which today we call codices. 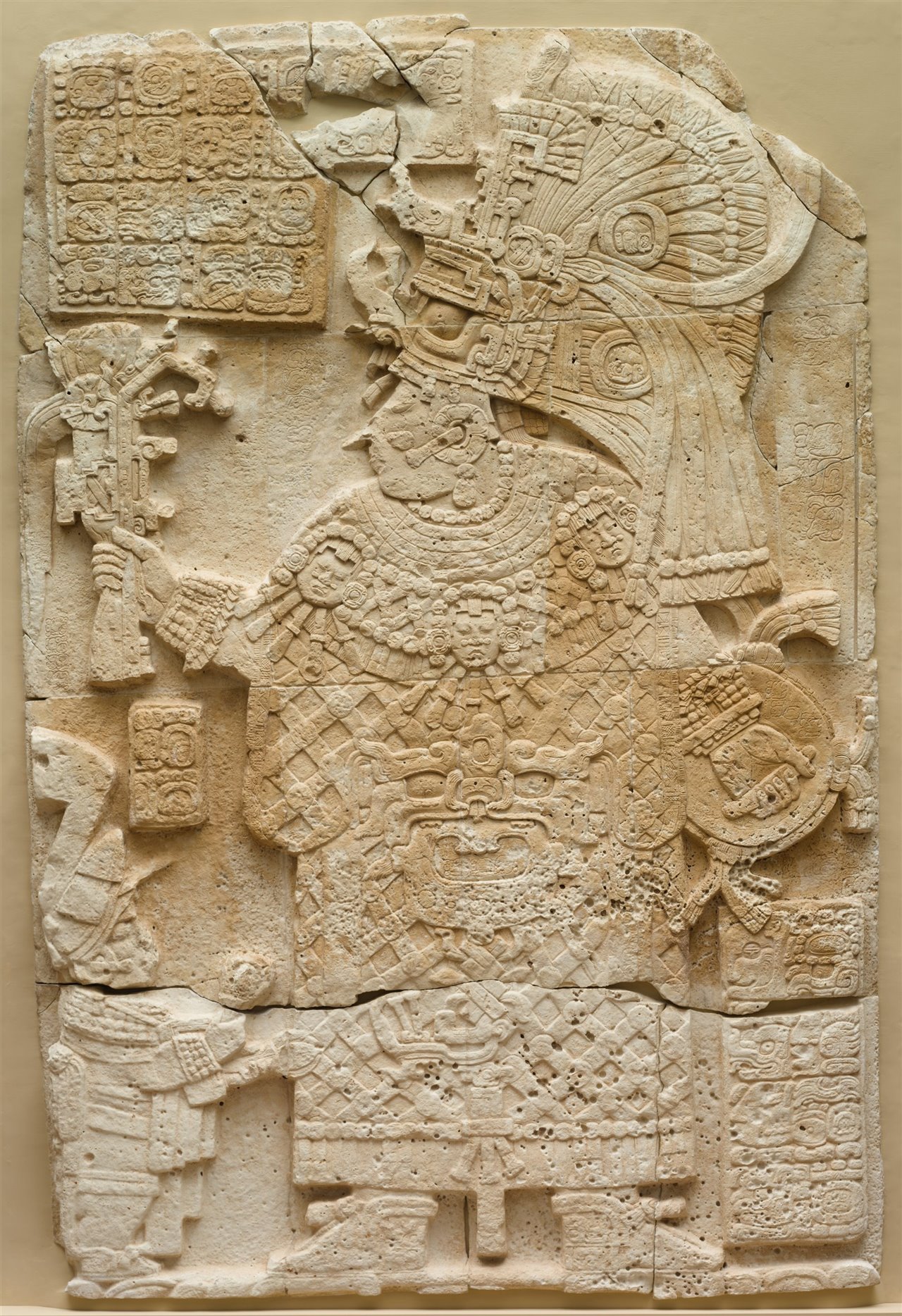 Another treasure lost in the conquest

Sadly, the Spanish conquest brought with it the loss of the written tradition. The conquistadors, unable to understand the meaning of those complex symbols, considered them as "superstition and demonic falsehoods", as the bishop of Yucatan, Diego de Landa, wrote. In their eyes, the codices were a clear obstacle to the successful establishment of the new Christian religion among the indigenous people, and therefore all the "books" found during the conquest were burned.

The last codices known to exist were those discovered by the Spaniards at the end of the 17th century in Tayasal, a city located on Lake Petén Itzá, in Guatemala, the last place in the Mayan lands to be conquered. From then on, only the so-called colonial Maya literature survived, inspired by the oral tradition and written in the Latin alphabet, but no one could interpret the meaning of the symbols of the classical era.

The adventure of decipherment began with numbers. In the 1830s, an American scholar, Constantine Samuel Rafinesque, realized that the dots appearing in many symbols had a numerical value, from 1 to 4 and that the vertical and horizontal stripes were equivalent to 5. At the end of the 19th century, the German librarian and linguist Ernst Förstemann discovered, from a careful study of the Dresden Codex, that that numbering corresponded to a vigesimal system (not decimal, like ours) and identified a glyph representing zero.

A few years later, Knorosov had taken as a starting point a 16th-century document: La Relación de las Cosas de Yucatán by Bishop Diego de Landa. The work was kept in the library of the Royal Academy of History in Madrid but was misplaced until 1862 when it was located by the French Abbé Brasseur de Bourbourg, who published it two years later. The importance of Landa's book for the interpretation of Maya writing lies in the fact that it included an illustration of the Maya "alphabet", a list of Maya symbols with their correspondence in Latin alphabet letters. In reality, Landa's "alphabet" erred in assuming that each symbol corresponds to a sound, when in fact what they represent are syllables, just what Knorosov was able to see. 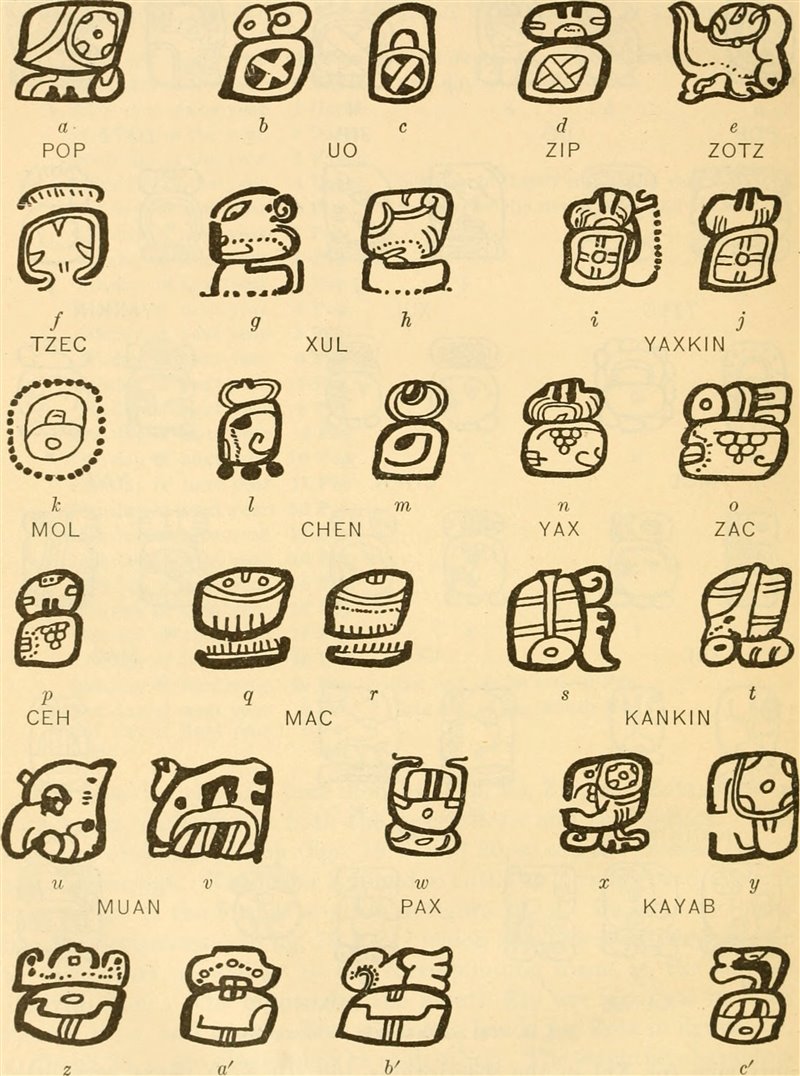 The language of glyphs

Studies that involve years and years of investigation and hard work have helped us understand more deeply the language in which hieroglyphic texts are written. In most cases, it is what is known as the Classic Mayan language. Sister to languages such as Yucatec Maya or Tzeltal (which also appear occasionally in texts), it became a language of prestige throughout the Maya area, in a similar way to what happened with Latin in medieval and Renaissance Europe. Today it can be known through two derived languages: Chortí - spoken in small regions of Guatemala and Honduras - and Chol - rooted in the Chiapas region of Mexico -, while Yucatec and Tzeltal are also still alive in Mexico.

The first epigraphers barely spoke contemporary Mayan languages, which made the decipherment process difficult, since the relationship of current vocabulary and grammatical structures with the ancient texts is very direct. For today's scholars, however, it is almost obligatory to learn a modern Mayan language, which has facilitated faster progress in the decipherment of the, until not long ago, enigmatic Mayan inscriptions.