The secret of a civilization: Wells of water, life and mysteries 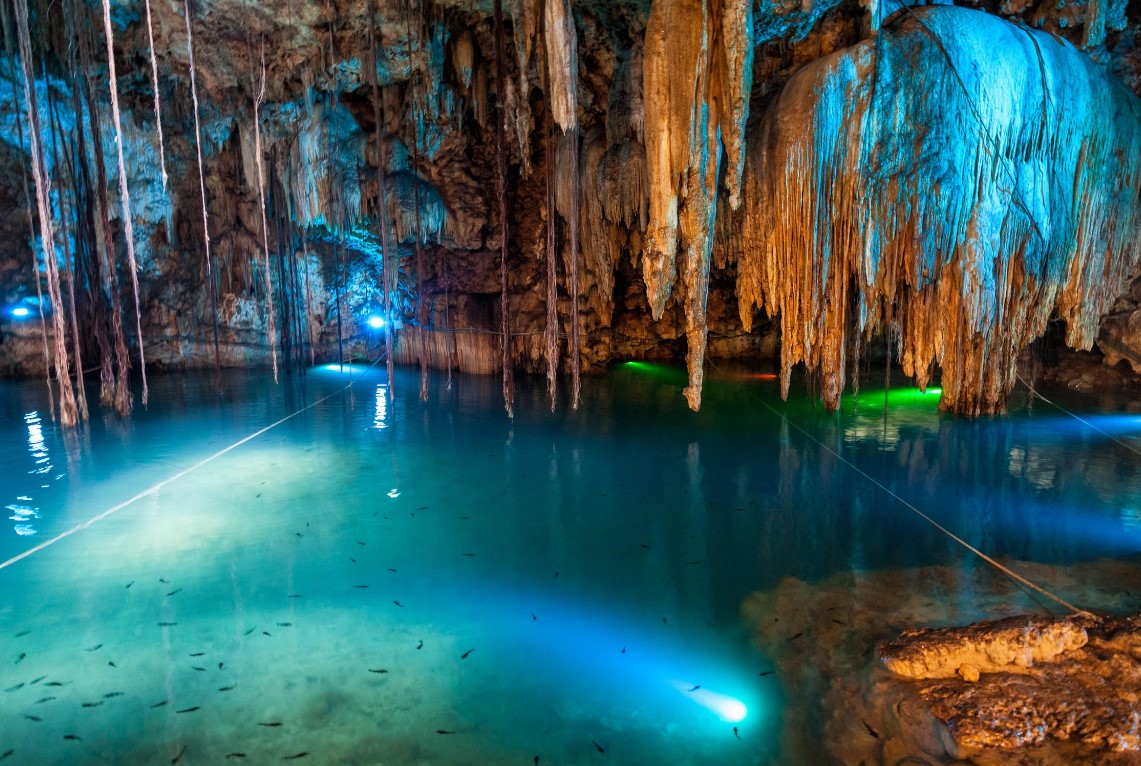 Mayans established their domain in the Yucatan peninsula for more than a millennium thanks to the presence of water provided by the cenotes, but what is the cave's underground water system like? What is so special and unique about it? 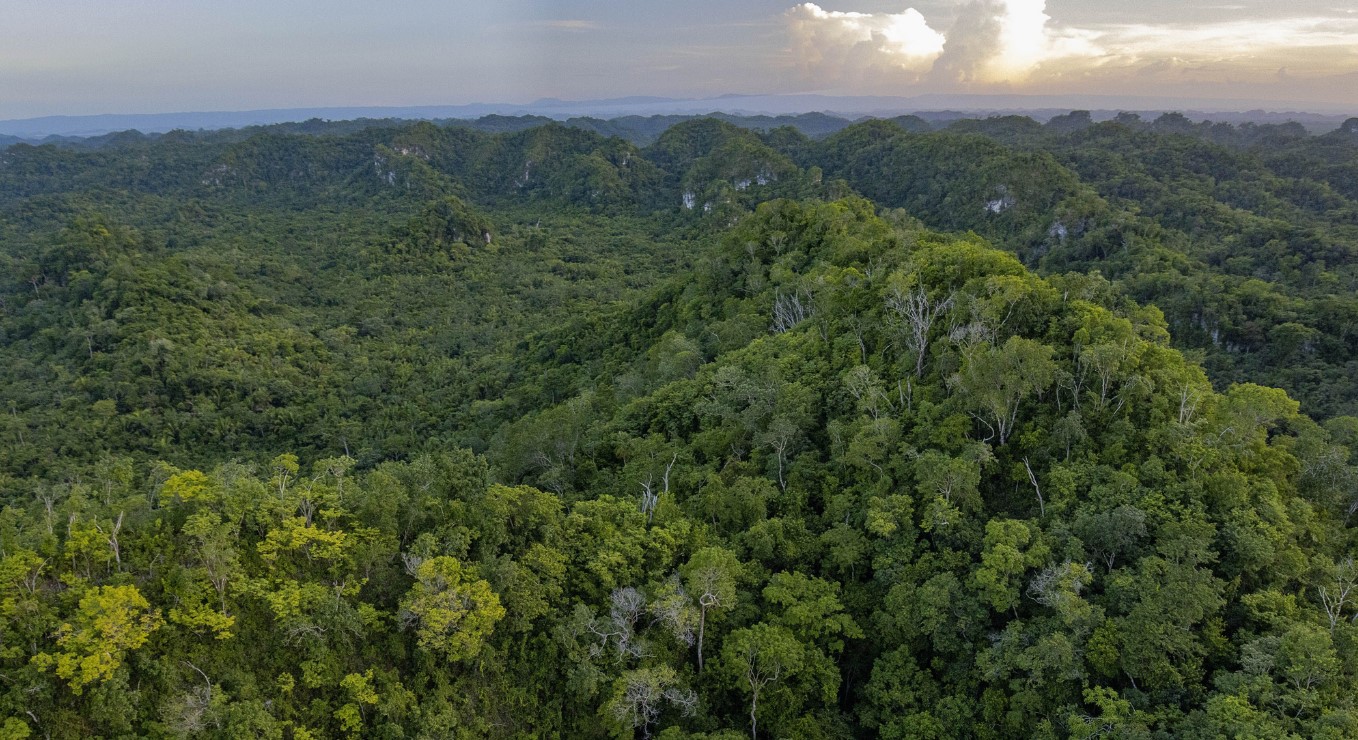 Apart from the beaches of tourism, the Yucatan has a vast extension of the lush tropical jungle. It is flat and even, like a green carpet. There are no mountains, no canyons, no rivers, no streams. However, a mysterious civilization, the Mayans, settled in the region for a thousand years. So how did it survive without any other source of water?

Cenotes, portals to another world 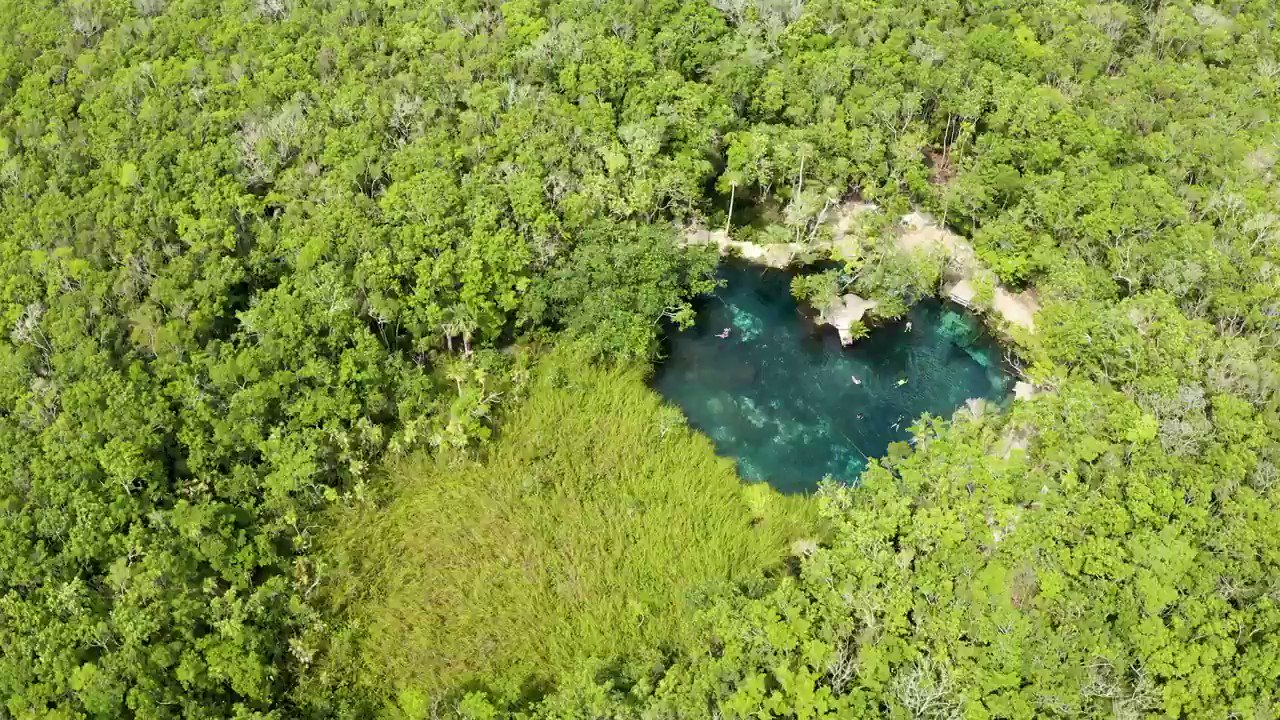 These strange circular ponds are the answer. The Mayans called them cenotes, and they are the key to the life that thrived here. It was the only source of water on the surface for animals and humans.

For the Mayans, they had a great meaning. They built their cities and temples around it, and the cenotes were the crossroads between life and death. Places of rituals and human sacrifices, but they were also portals to another world. 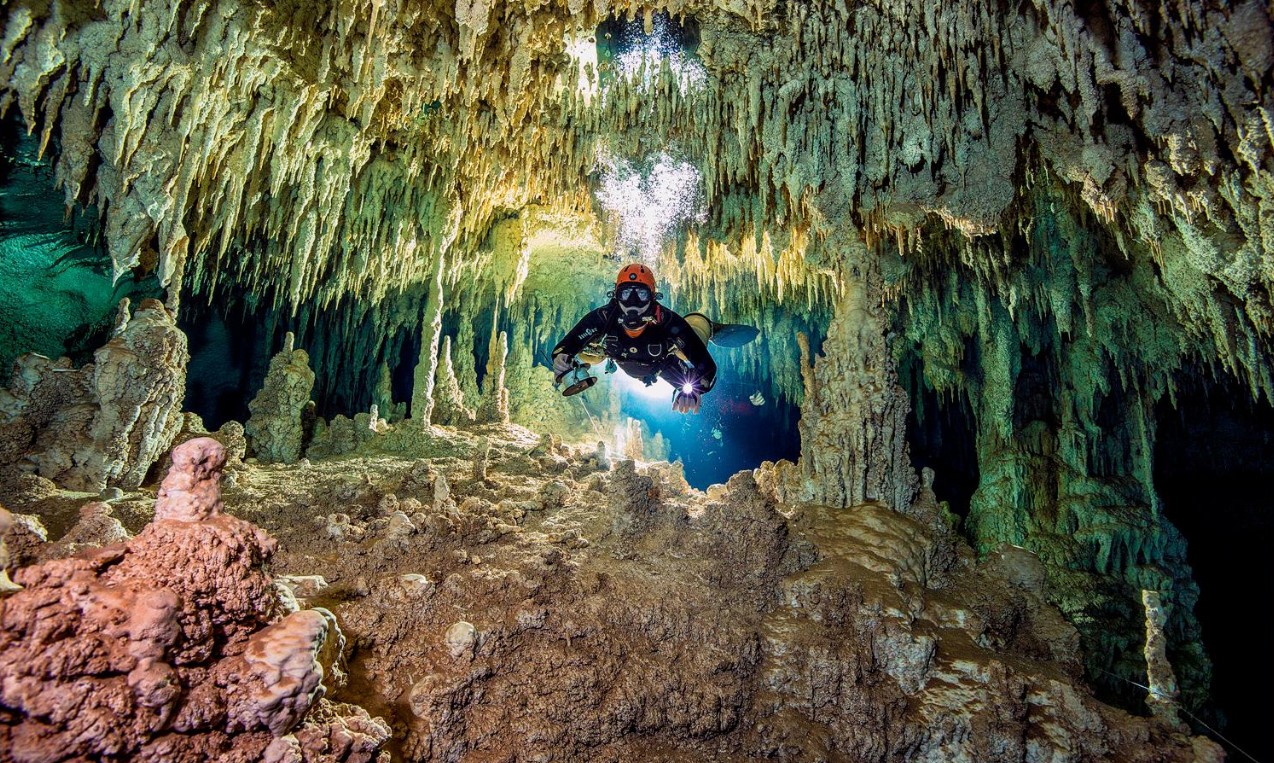 For those brave enough to venture into it, beneath the Yucatan jungle lies one of the wonders of the natural world: The world's largest underwater cave system.

As divers enter these never-before-seen places, they go back in time.

Fossilized coral is hidden in the stone walls. These rocks formed underwater, but the spectacular stalactites only form in mid-air. The only explanation for these contradictory clues is that the Yucatan and its unique network of cenotes have undergone huge changes over time. It is this violent past that holds the key to solving our mystery.

100 million years ago, what is now the Yucatan Peninsula was the bottom of a warm, shallow sea. Over thousands of years, coral reefs built up a layer of limestone more than a kilometer thick, and when powerful tectonic forces shook the bottom of the Caribbean, they began to shift this slab of limestone out of the water.

Then the rain began to dissolve the exposed limestone, gradually carving out tunnels and caverns. Delicate sculptures began to form, like melted candles, drop by drop, over millennia. 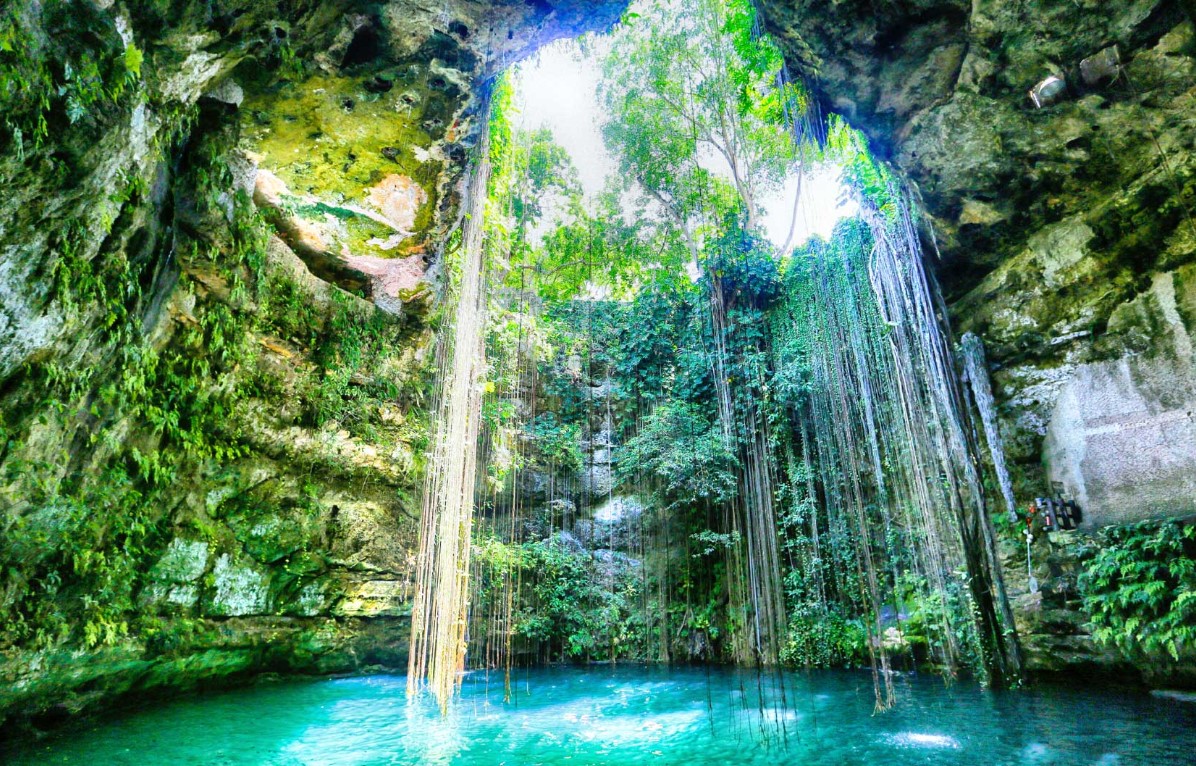 In some places, the roof of these tunnels collapsed, creating the entrances to the cenotes; but then Earth's climate changed drastically. The water level rose, thus flooding the caves. That was the final step in creating the cenotes we see today.

The connection between land and ocean

But the violent and geological past of this mysterious underworld had a much greater impact. Over time, it formed the entirety of the Caribbean Sea.

There is more evidence down here of a direct connection between land and ocean. A ghostly edge, like the surface of a sparkling lake but underwater. 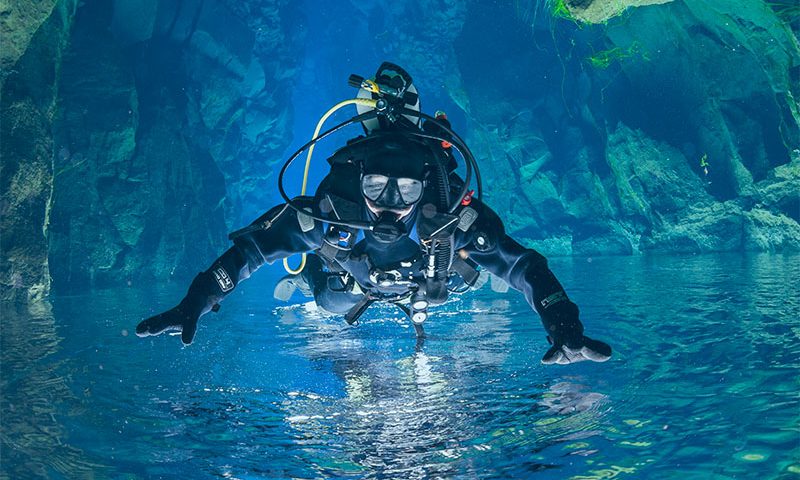 This is a halocline. In it, fresh surface water meets deeper seawater.

These are not just flooded caves, it is the largest underground river system on the planet, and right here that system meets the Caribbean Sea. But such an extraordinary river has an equally unusual effect.

On their slow journey under the Yucatan, all traces of silt and particles settle out, so that by the time they reach the ocean, the waters are crystal clear. That is why near the coast coral reefs thrive; and that is also why, further afield, the Caribbean is a blue desert.