The legend behind cenote Xcabachen in Maní, Yucatan 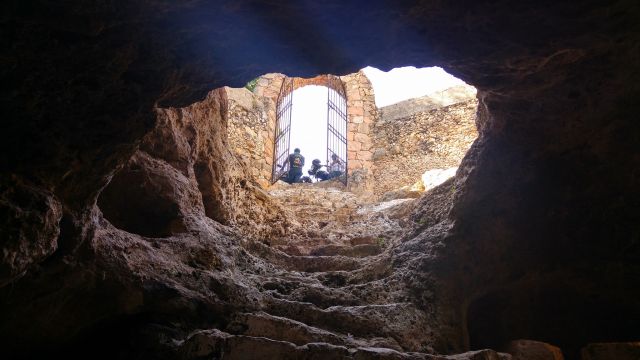 The legend of the cenote

Maní is a small town in the Yucatan Peninsula. The center of many famous Mayan legends, and overall of a spectacular cuisine.

The town of Maní is located 100 km to the south of the city of Merida and 16 km away from Ticul. Maní is a very ancient village, in the postclassic mesoamerican period. In the XIII century, because of its growth, it chose Uxmal as its main city.

In Mexico, people have heard about aluxes, the Xtabay, the Uay Peek, or Uay Keken. Stories and legends from centuries ago that belonged to the Mayan Culture and that managed to be known to this day in different parts of the world. Some of these Mayan legends have a deep connection with their people and their surroundings, just like the legend of the cenote Xcabachen in Maní. 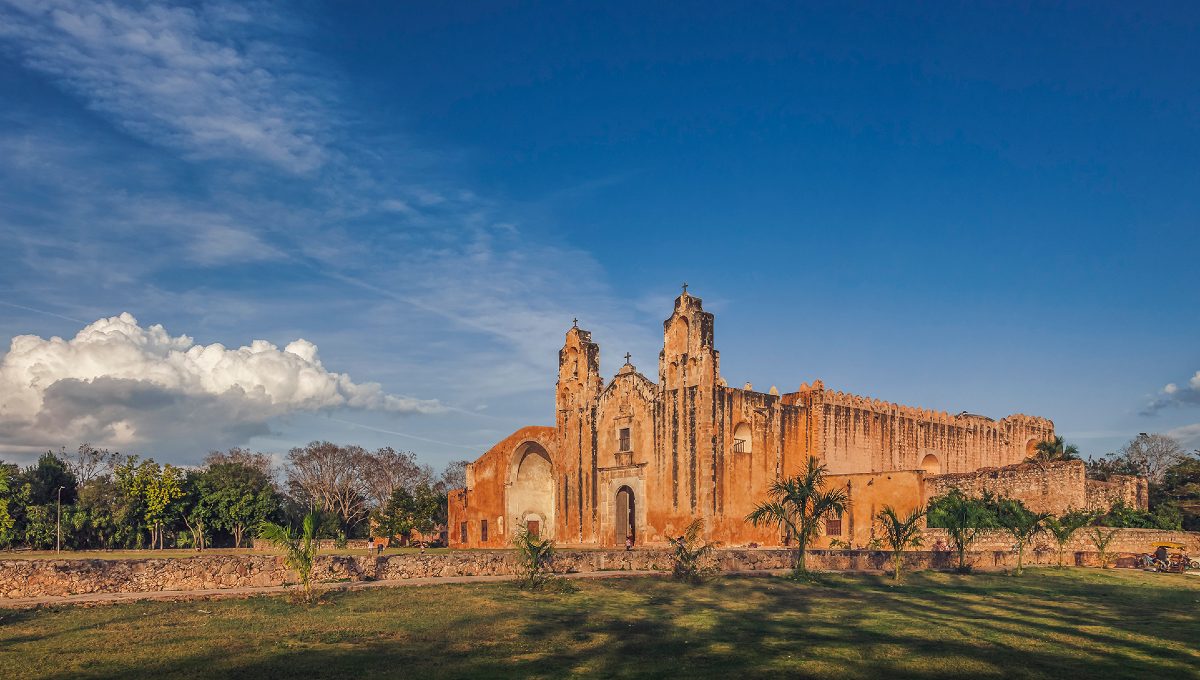 In between food and legends

When we talk about Maní, one of the first things that come to peoples’ minds is the famous poc-chuc, a traditional dish made out of pork, orange juice from the region that tends to be sour, onion, habanero pepper, among others. A signature dish in the Yucatan Peninsula, a locals' and tourists' favorite.

But there’s something much more profound, and the town’s name gives it away by connecting with the famous cenote legend, Maní means “The place where it all happened”. So once you arrive at Maní, you’ll see a stone arch with a door that leads to the entrance of the cenote, where a written message reads “Here is where Diego de Landa makes his ‘act of faith’ burning it all.” 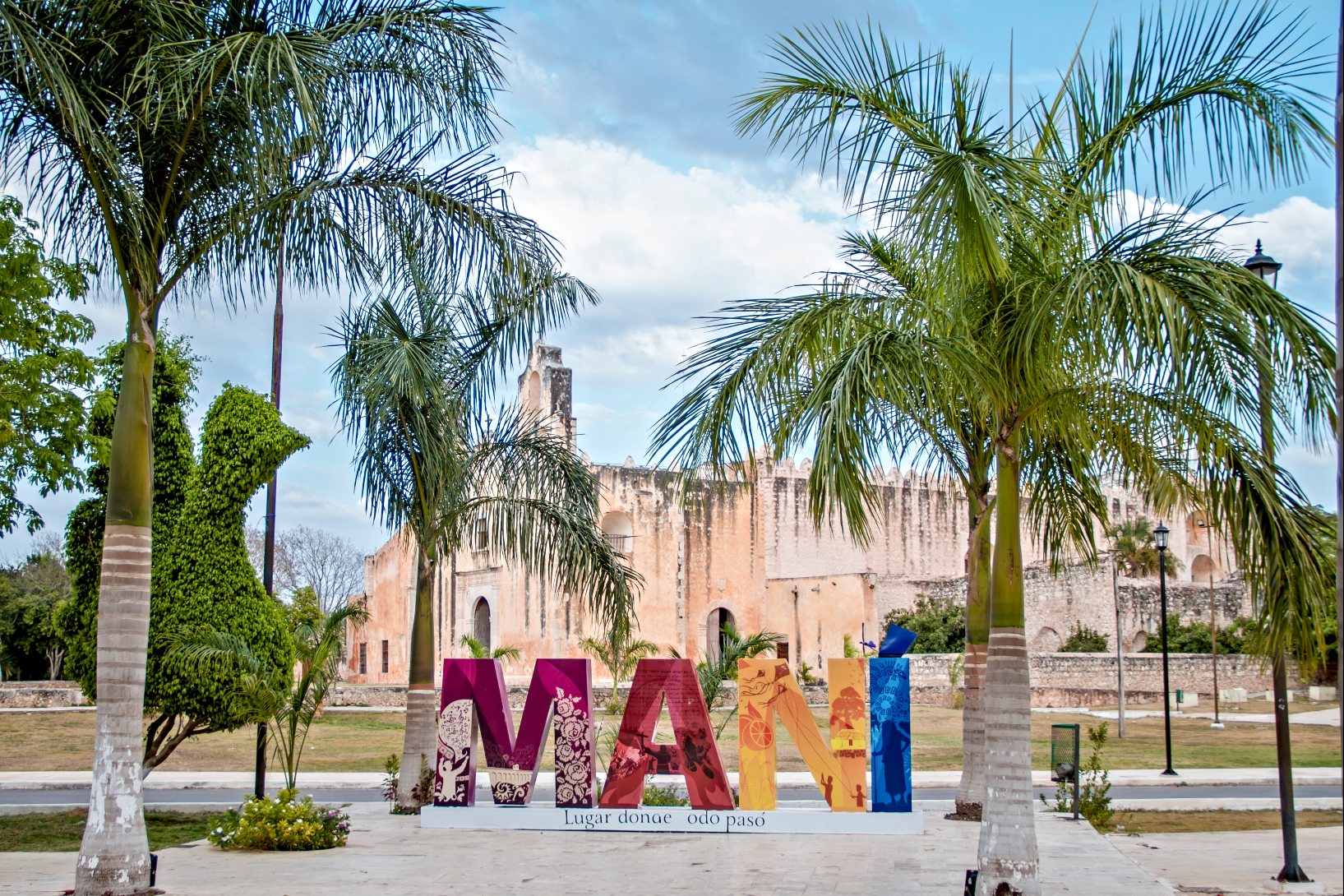 The legend of the cenote in Maní

According to the tale, it is at the main entrance of the cenote where Fray Diego de Landa ordered his “act of faith” and demanded to burn Mayan documents and statues in the Franciscan movement to convert the locals to Christianity.

Following the legend of the cenote, the site was sacred for something far more sacred. The story says that when the end of the world approaches, and water is nowhere to be found, the cenote Xcabachen in Maní, will be the only place on Earth where water can be found.

Then, it is said that a guardian will come out holding a snake, the Mayan god, Kukulkan, and he’ll demand an offering, a baby sacrifice. After this is done, the guardian will then gift the indigenous men a cool shell with water from the well, which they’ll drink and never again experience thirst.

Other versions: the sorcerer

An extended version is also told between the culture, that according to the golden times of Mayan Civilization, a woman sorcerer lived among the people. This sorcerer was gifted by the Mayab gods with fortune-telling and made predictions of the future.

The town wanted to know more about this Xunci-Maní, and they gathered around to know what will occur in the future. This woman would raise her hands up high and pronounce out loud things that “only the spirits of the mount would understand”.

Legend says that she predicted the Spaniards arriving in the New World way before they even set off for the journey. She also predicted that one day, man will no longer have the need to walk because big bird-looking animals will take them from one kingdom to the other.

The only place where water will be found

In the same way, one of the last prophecies she spoke of was about a great war. This war was going to make people go great distances, from land to land to find water, and the only place they would find it was going to be at the cenote Xcabachen.

In the end, like the first version of the story, the cenote Xkaabanch’e’en (Xcabachen) in Maní will be the last source of water available at the end of the world and will be the reason behind many battles. 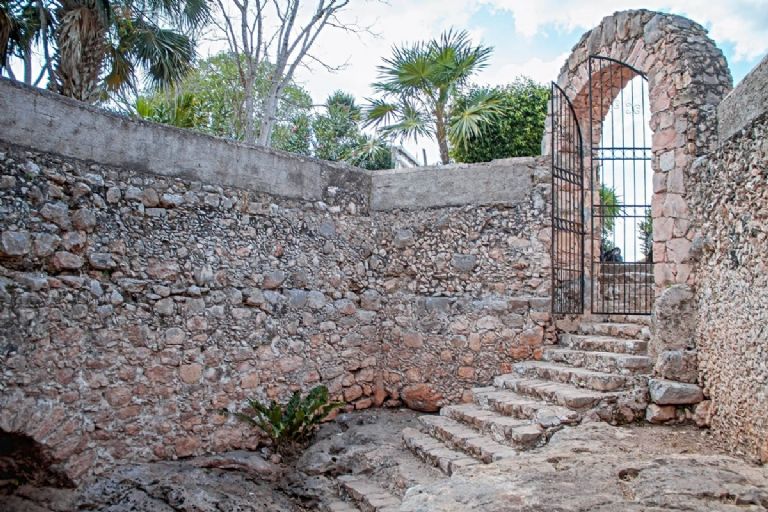 One of the most visited attractions in this Magical Town is the cenote Xcabanchen located between Calle 25 and 26 in the town of Maní. Xcabanchen means “well”, which is a literal name to refer to a cenote.

The legend behind the cenote is so well known that once you arrive in Maní you can actually ask any local and they’ll share the story with you. Just on the side of the Municipal Building, you’ll catch a glimpse of a wall painting that records the legend of the cenote.

The cenote itself is a semi-open cenote, but almost closed. The entrance is a small hole, big enough to let people in and out, and have access to the underground cave. Nevertheless, it is not possible to immerse in the waters due to the structure and shape of the cave. Still, this is an iconic place to visit in Yucatan. You might hear a few locals even say that, metaphorically, this is the entrance to the underworld, are you willing to find out?