The Tren Maya (sometimes also Mayan Train or Maya Train) is an 1,525-kilometer (948 mi) intercity railway in Mexico that will traverse the Yucatán Peninsula.Its construction began in June 2020 and is scheduled to be completed by late 2023. The railway begins in Palenque in Chiapas and travels northeast towards Cancun in Quintana Roo via two routes that encircle the peninsula. The project aims to connect tourist destinations in the Caribbean with lesser-known sites inland, including historic Mayan sites from which it derives its name

Recently, a vessel with a mysterious message and a cave with a fascinating construction inside were found along the route of the Tren Maya.

These interesting archaeological discoveries took place on the route where the Mayan Train will pass through; with a unique vessel found in section 3 and a network of interesting caves in section 5 south. Specialists haven’t stopped investigating the area because discoveries have been common during the project. As we cross the unexplored jungle of the Mexican southeast; vestiges of our millenary past continue to appear in Yucatan.

Two new archaeological discoveries have given much to talk about, as they are among the most important findings that have been made along the route of the Maya Train so far, specifically in sections 3 and 5. 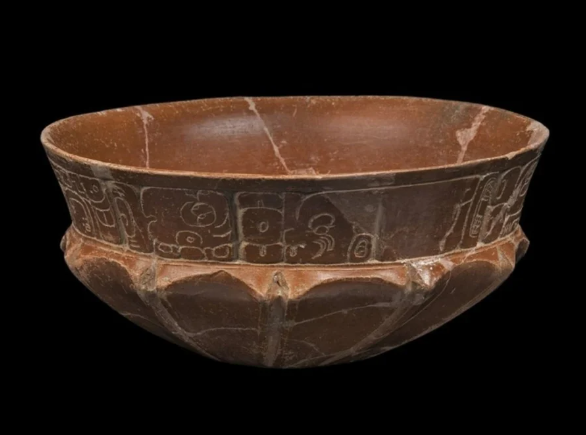 The vessel with ancient hieroglyphs that may have belonged to a well-known figure from the site of Oxkintok, very close to the town of Maxcanú, Yucatán.

There is also a mysterious cave in section 5 which was called "El Escondrijo", because there are a couple of interesting theories about what it could have kept inside, as well as pre-Hispanic constructions and other equally interesting caves.

There’re hidden meanings behind the hieroglyphs found in the vessel of section 3 and the theories of what could have been "El Escondrijo"; the mysterious cave found in section 5 of the Tren Maya route. This unique vessel was found together with a group of approximately 80 thousand fragments of vessels and 42 complete pieces, which entered a cleaning and restoration process; to be later analyzed.

According to the studies and analysis carried out to know the origin of the pieces, it was concluded that they come from entities such as Izamal, Xcambó, Santa Bárbara, Chunchucmil, Chan Chocholá and Oxkintok.

The vessel has taps that correspond to the north and west of Yucatan, which were studied and translated by archaeologist Ricardo Mateo Canul.

Ricardo says, on its surface, it has been carved in the shape of a bowl or cajete, maybe used for atole or other drinks of Cholom, the Sajal.

A Sajal was the spokesman of the ruler before the people, an educated nobleman, with the ability to write and read, in charge of communicating the news.

The team believes that the vessel may have been dedicated to the Sajal Cholom, an elite personage already known to them from the Oxkintok site at Maxcanú. However, the name Cholom comes from the Maya word Chol, which means to untie and Om, which refers to the person who performs an action; therefore, the name could mean "He who unties".

So far it is not known exactly if the vessel was used for rituals, sacrifices or for common use.

Section number 5 of the Mayan Train route intends to travel 68 kilometers from Playa del Carmen to Tulum. However, important archaeological discoveries such as constructions and an important network of caves/cenotes have put it on the radar of those seeking to rescue Mexico's cultural heritage.

The work was suspended until some time in June and for the time being, the coordination of the Archaeological Salvage of Section 5 south of the Maya Train indicated that the site is a level 4 monument; with an extension of approximately 1 kilometer long by 500 meters wide.

In addition, INAH pointed out that there are currently 248 cenotes and 198 archaeological bodies along 570 kilometers and it is thought that most of them could be directly related to the Mayan culture; not to mention that it is the only system of cenotes in the world.

Extensive neo-radar studies are being carried out and he assured that the entire Yucatan peninsula is being studied under magnifying glass. 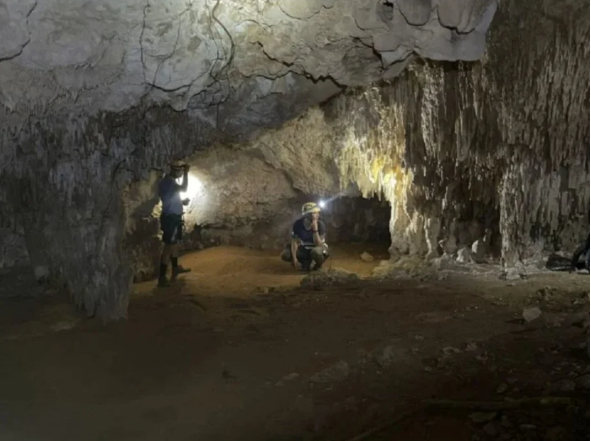 On April 19, speleologists from the Riviera Maya found a cave in section 5 of the Tren Maya which they called El Escondrijo.

There are 2 theories about what could have been the mysterious cave. The first one says that it could have been a kind of food or water storage, since its temperature stays at 26 degrees all year round.

It is also believed that it could be a hiding place or as they called it “escondrijo”, because they hid their treasures in this type of caves and performed their rituals in cenotes. 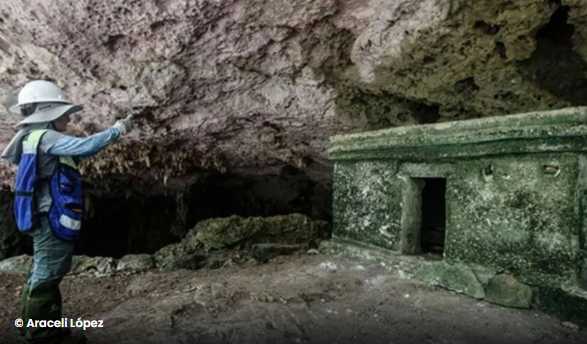 But El Escondrijo is not the only wonder found (so far) in section 5 of the Mayan train, because although not much is known yet, there is another cave where they found a very unique pre-Hispanic temple.

So far there is no information about the temple found in the cave, it is not known if it was a house, a temple, a place where rituals were performed, a tomb or another warehouse.

In recent times, when building infrastructure where the majestic Mayan jungles used to be, it has become customary to make an offering to the aluxes, or as they are known in other states: Chaneques.

There are many stories around Mexico about roads that were never finished because of disasters and misfortunes in the construction zone.

Ancient people say it is because the guardians of nature, millenary creatures that were part of the daily life of our indigenous cultures. They’re known by the name “Aluxes”, and they do not allow their territory to be destroyed.

The ancient Maya used to leave houses and offerings to the guardians of the Mayab, because aluxes were in charge of the roads. They’re also Chaac's helpers or the 4 representations of Chaac, the god of rain, whom they had to keep happy to work their fields.

Cenotes are territory of one of the most intimidating and majestic creatures that exist in Mexico: the mighty Tsukan.

Could this temple be an offering to the spirit that protects the cenotes? What other treasures are found in the jungle? Would you like to know the history behind it all someday? What about coming to the Yucatan Peninsula and finding out more?