From the tour of Chichen Itza, Santuario Tsukan & Izamal from Merida we bring you more detailed information about what to do, where you’re going, and what to expect! Enjoy what the State of Yucatan has to offer in attractions, gastronomy, and people. 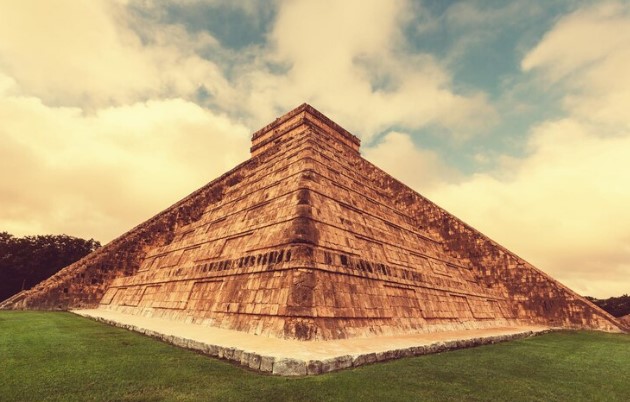 If you have dreamed of visiting the ruins of Chichen Itza, then don't miss this opportunity. Chichen Itza will not disappoint. The complex is large with many temples and structures on site. The details in the carvings are incredible. The best is without a doubt the pyramid of Kukulcan is impressive in size and detail. From the number of steps up to the temple (365) to its orientation (east to west, and north to south) with the sun, moon, and stars. It is really impressive to look at.

This pyramid is located in the center of the archaeological site of Chichen Itza. There are some trees around its perimeter that can be used to hide from the sun or rain depending on weather conditions. Seeing this, it's easy to see why UNESCO has considered it a world heritage site. And you will quickly know why it is synonymous with iconic images of Mexico.

It's a magnificent pyramid, a scarcely believable piece of human innovation, with near-perfect stone steps rising above you and extending into the temple at the top.

The large, flat lawn in front of it serves to accentuate its size and splendor.

On the tour from Mérida to Chichen Itza, you will receive a detailed history of the Mayan culture. Amazing to think that these people were so advanced in mathematics, engineering, and astronomy.

Don't forget to bring cash in case you want to buy a souvenir at the site. Also, bring biodegradable sunscreen, even walking at Chichen Itza can tan you a little bit. 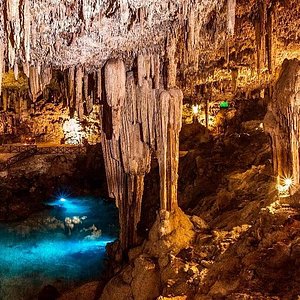 The second stop is Tsukan Sanctuary, a cenote, and sanctuary with an important legend behind it. The ancient Mayans say that since the origin of the world, the serpent Tsukán inhabits, owner of caves and cenotes, a guardian that the water cycle is never interrupted, watchful so that it is always full of life.

Today the essence of this legend has given birth to Tsukan Sanctuary, a place where you can live different experiences that will bring you closer to the architecture, customs, and traditions of the Mayan culture; they will put you in contact with nature and endemic vegetation of the state of Yucatan and will make you descend to the Mayan underworld through a tour that will activate each of your senses towards the Mayan cenote.

In Tsukán you will find archaeological remains that are faithful testimony of our origin and essence; the Mayan people who built Chichén Itzá settled here. After the fall of the Mayan empire and with the passage of time the farm became a cattle ranch whose heritage and history you can appreciate during your visit. On its trails you will enjoy nature in all its splendor; you can witness the majesty of endemic trees of the region such as the pich and ceibas and you can admire the different colors, aromas, and sounds that characterize Yucatan. Undoubtedly, this is a tour that encompasses all the senses.

In this case, don't forget biodegradable bug repelent. The regulations are very strict in this case since the government, and everyone, in general, wants to preserve the natural sites. This is why using biodegradable sunscreen and mosquito repellent is mandatory, to protect the environment.

Lastly, before returning to your hotel in Merida, you’ll visit Izamal. Known as the yellow city is a magical town or “pueblo mágico” with a beautiful charm. The convent is a typical site of place that mixes the grandeur of the Mayan and Spanish cultures. It tells the story of the arrival of the Catholic religion to the region and the evangelization process of the Franciscan monks to the Mayan population. There are guides at the site who talk about the history of the site and how this town became a famous yellow city.

The convent and the church are places of great cultural heritage, it is also open to visits and masses, and it is a tradition to visit it, as an interesting fact the place was visited by Pope John Paul II during his visit to the Yucatan peninsula and has the second largest atrium in the world after St. Peter's Square in the Vatican, you can tour the convent freely because it has no cost.

Here you can enjoy a tour of the Convent followed by delicious street food and a walk in the central park.

Map of the tour: