Ancient Mayans who lived in metropolises such as Tikal or Calakmul didn't have one basic essential for daily life: salt. Salt sources are found, mainly, along the coast, including the coastal saltworks of Yucatan and the brine production all along the Belice coast. From these production places, the high valued element traveled from inland to supply these large cities.

Professor Heather McKillop from the Louisiana University's Geography and Anthropology department, specialist in the Mayan world, and her team are studying from several years now the Ek Way Nal archaeological site, in Payne's Creek National Park, Belice. There, they have excavated some buildings made with straw poles and conservated in oxygen-free sediments in sea bottom, which kitchens from ancient mayans use to produce brine (water with a dissolved salt concentration higher than five percent) in mud saucepans. But the place where the salters who lived here had resulted highly wrong until today for archaeologists.

In a recent article where Cory Sills has collaborated, a student from Louisiana University, titled "Briquetting and brine: Life and work in Ek Way Nal, Belice saltworks", which has been posted in Ancient Mesoamerica magazine, McKillop gathers new data about the salter industry and how was it organized to supply this basic food product to the  inland Mayan cities during Classic period (250-900 a.C.). This project has counted with National Science Foundation finantiation. 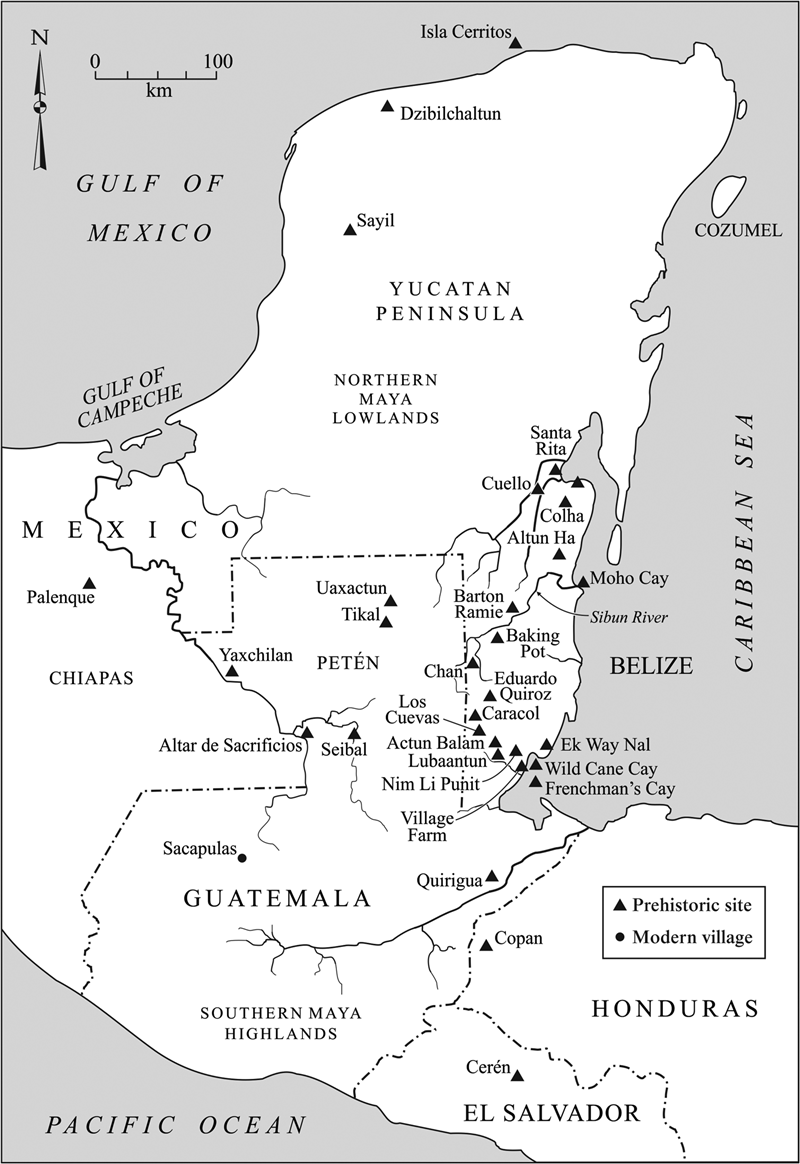 Where did salters live?

McKillop, Sills and their team have looked into Ek Way Nal looking for the salter households in order to understand how the salt was produced in this place, since Belice coast, among with some Yucatan peninsula settlements, in Mexico, was one of the main salt producers. Even though the field work at Ek Way Nal has been postponed from March 2020 due pandemic, to continue with their work, researchers appealed to the material collected during excavations to proceed with the studies at the university archaeology lab. The material included hundreds of wood samples from poles and straw buildings, just as some ceramic vessels. "The archaeology lab looks like a tupperware party, with hundreds of plastic containers with water, but that's the way humid wood samples are kept for them not to go dry or deteriorate", jokes McKillop.

The researcher explained the strategy followed by the team for the research at the lab: "I decided to send a wood pole sample fallen from each of Ek Way Nal's buildings to apply radiocarbon dating. The intention was to verify if they were all from the same age"- When the results started to arrive by two on two, McKillop identified a construction sequence of buildings which started in the Late Classic (800-900 a.C.), during the apogee of Mayan civilization, and continued until Terminal Classic, when dynastic leaders of the inland state-cities were already losing political control over their cities, which were finally abandoned to the year 900 a.C.

According to McKillop, in order to carry out the study, "we used Sacapulas archaeological site as model, in Guatemala, which has been deeply studied, a place where utensils to boil brine in the salt kitchens were discovered, a household, so as evidence from another practices, including the salting of fish". In the article published by the researching team in Ancient Mesoamerica, it is informed about the construction sequence of an Ek Way Nal building divided in three zones which contained several salt kitchens, at least one residence and one open-air area. Thanks to the discovery, the researchers have managed to establish a specific chronology  for Ek Way Nal which is starting to be used in other archaeological sites.

The new analysis verifies the estimation done by McKillop stating that ten salt kitchens were producing at the same time in Payne's Creek zone. "The research points out the importance of radiocarbon dating of each pole and straw construction in the salters to evaluate the production capacity of this first-need product. It also demonstrates how worthy it has been to study in an individual way each artifact and pole from the underwater discovered places, and use the Sacapulas salters as a model from which archaeology correlates that fit with the Ek Way Nal site can be developed. The study suggests that mayans who lived permanently in the community were dedicated to the familiar production of salt, an activity which was pretty well integrated with the regional economy, and whose surplus would let them acquire a wide range of non-local goods", finishes the researcher.