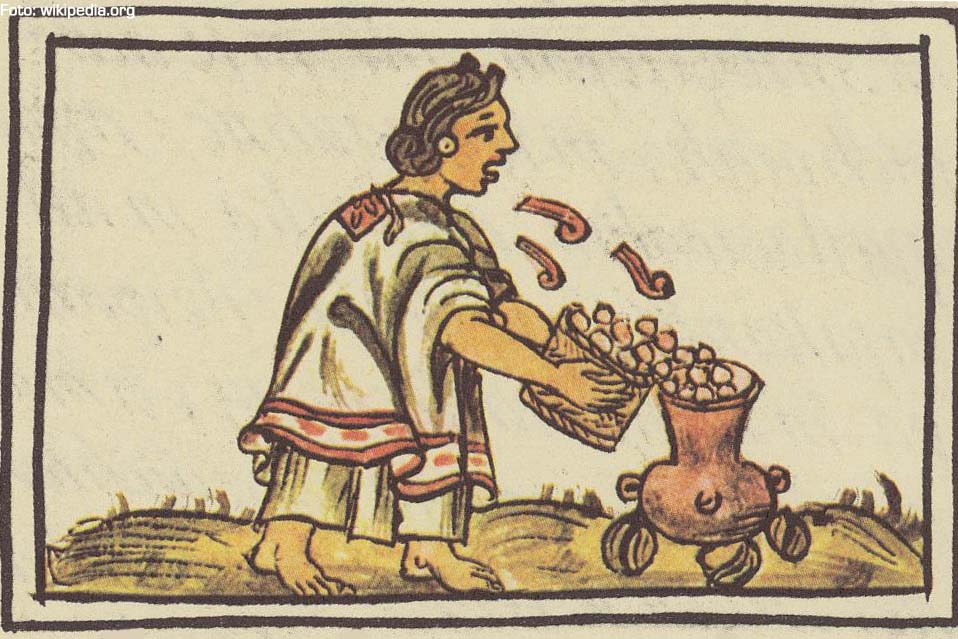 As the Mayan Civilization is still a mystery for many, thanks to the archeological studies of artifacts and Mayan Ruins. We can now know that the Mayan were a very superstitious civilization, they believed in many deities, had a god for every event, and therefore had rituals for many things. The Mayan rituals had the objective of worshipping the gods to obtain their blessings from them. Here we share information about Mayan Rituals so we can go deeper into understanding this important civilization.

Some of these rituals are still being practiced by the Mayan people, not including the human sacrifices of course. But it’s also good to mention that the Christian presence in the region has influenced these rituals that the new generations have adopted.

Mayan people turned to rituals to seek favor from the gods, to thank, to seek healing, prosperity, and blessings. The religious sphere had its external manifestation in a complicated ritual. The one in charge of transmitting and interpreting it was a group of priestly elite settled in the large settlements. They elaborated a very complex ceremony for the divinities to transmit their intentions to the rest of society. For this purpose, very rigid rules had to be kept for spiritual purity. Excessively the importance of the rite that they had, previously, that they carried out certain rapids, rejecting the sexual contact and receiving purifying baths in the temazcalor steam bath. Likewise, they have to burn copal to purify the environment, ingest drugs and isolate themselves. 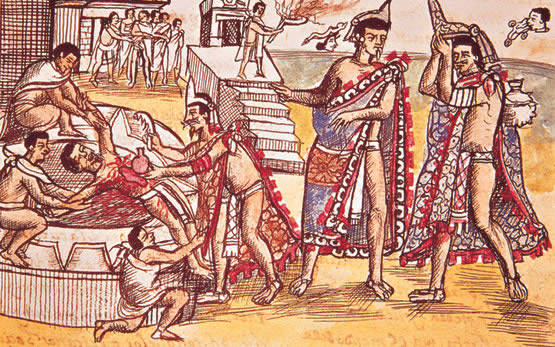 This is one of the rituals that characterize the Maya civilization. Animals, men, and children are sacrificed in honor of the gods. Blood was the food of the gods. Human sacrifice was the best tribute that could be made to a god. Usually, slaves or prisoners were sacrificed.

The most valuable blood was the one they extracted from their ears or tongues. But it was very normal for the Maya to make wounds to offer their blood to the gods.

Human or animal sacrifices could be made by extirpating the heart of a human being or an animal and were usually carried out in the highest part of the pyramid.

The Maya buried their deceased under their houses, the purpose of this was for the deceased to take care of their living relatives. However, the Mayan have always feared death, so they always ask for blessings and protection from their gods. 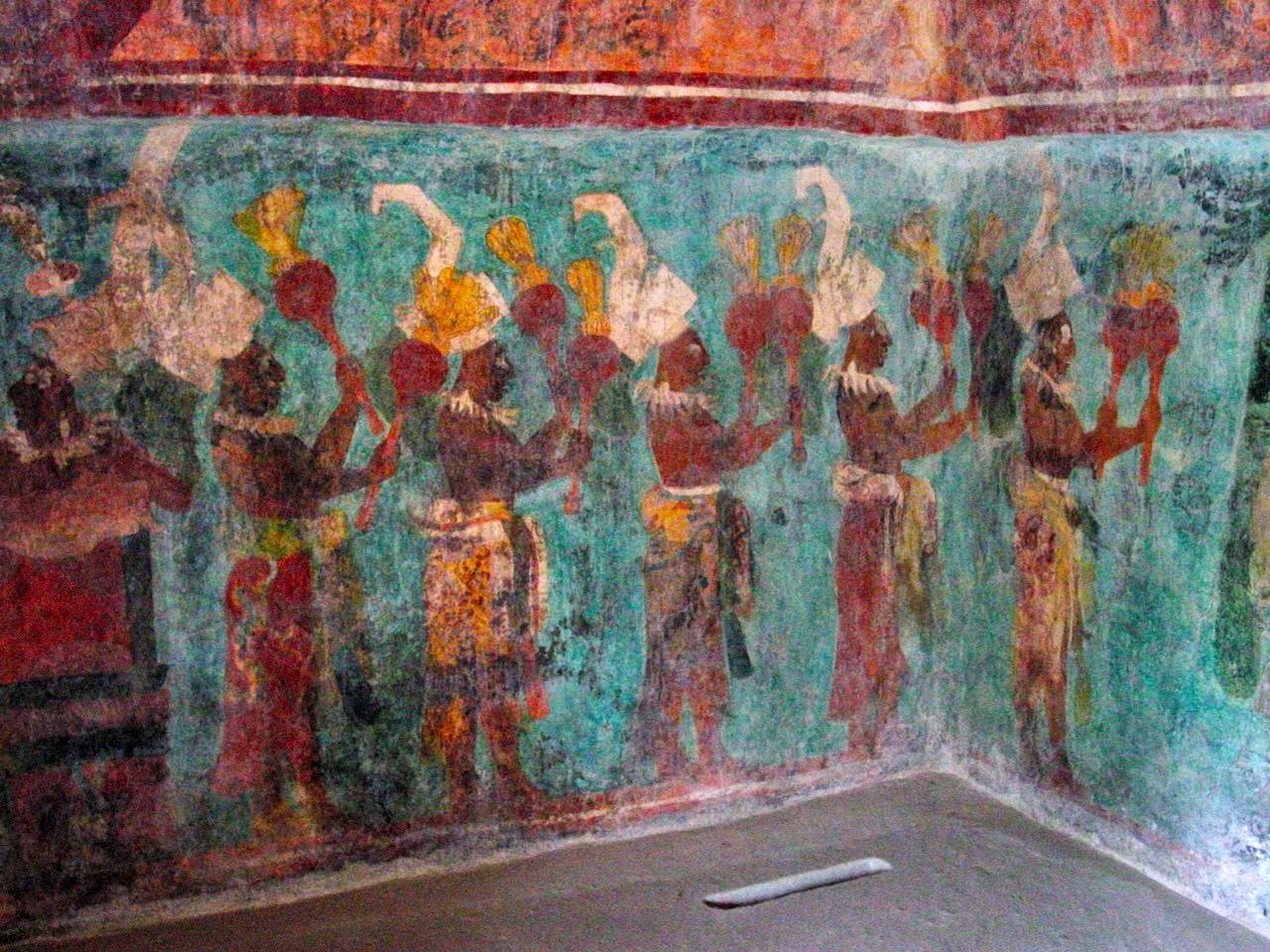 Most of the Mayan rituals have a dance that distinguishes them to please the gods. In Marriage Rituals, they perform dances and a ceremony guided by a priest.

The ch'achaak is an ancestral ritual whose objective is to invoke the god of rain during periods of drought; in some communities, it is still performed from March to May, and in others like the community of Tepich it is carried out in the month of June after the sowing season. It is also known as the "ch'achaako", and it is carried out in March and May, and June in the community of Tepich in the month of June.

They celebrated collective feasts and tried to reproduce the law of natural cycles. They were related to the solar year called Haab, of 365 days, divided into 18 months and 20 days.

During the first month of the year, all the gods were worshipped with cleaning tasks, renovation of the home, and the separation of used objects "stained by the burden of the decadent year".Each month objects were consecrated so that the religious work would be successful.

One of the most important festivals in which the entire population of this culture participated was the one celebrated in honor of Kukulcán, in the month of Xul. People fasted for 5 days and at the end of the celebration, the deity descended from his temple. 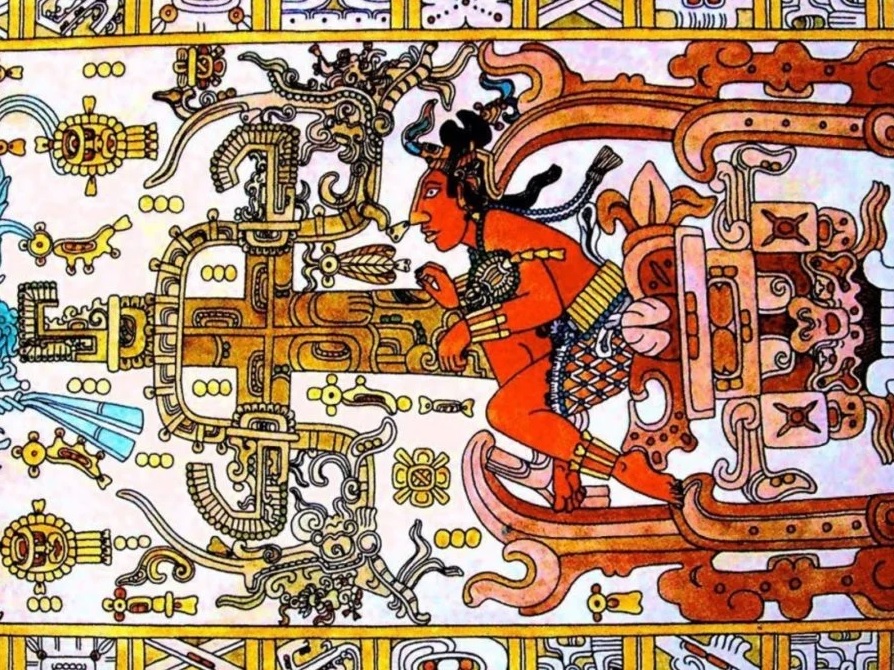 Knowledge about pre-colonial agriculture is found in the Popol Vuh, which speaks of the first men who learned to plant corn: Hunahpu and Ixbalanque. This brings us closer to "the first moments of the Mayan cosmovision on agriculture".

In this type of custom, there are dates that define ritual intervals, from which rainy and dry seasons were established, as well as the ideal time for planting, harvesting, and gathering. These dates also defined the type of buildings to be constructed.

One of the most important festivals in this type of ritual is the so-called Mak, which is typical of extensive agriculture. This is dedicated to "the chances, gods of bread and izamná".  In the ritual, fire is used and its extinguishing is fundamental for the ritual. It was done in the plaza, with animals, birds, firewood, and water; celebrated by four priests and continued two days after the extinction of the fire. In this second part, incense, offerings, and prayers to the deities were used.

Fertility was considered sacred since it allowed the subsistence of the people. In these rituals, the woman was the one prepared for a fertile life. In the Book of Songs of Dzitbalché, there is mention of a ceremony where young women and virgins danced naked under the moonlight. They carried offerings for the gods, flowers, and feathers.