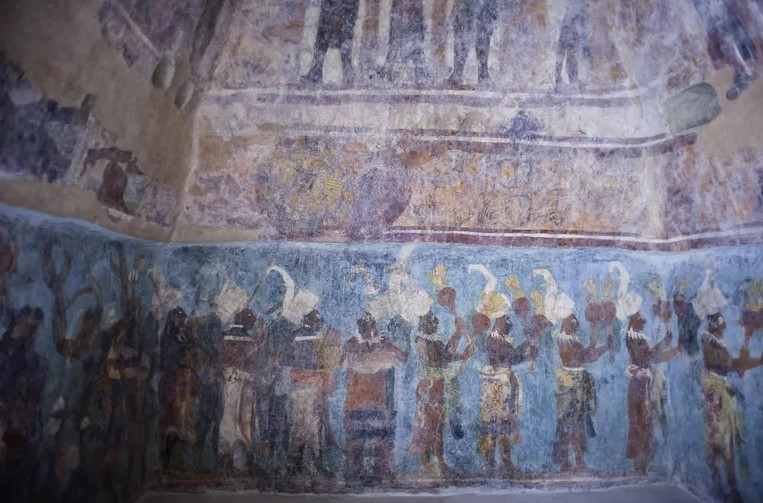 Mayans were a civilization that left record many of their activities on murals and other types of canvas. They used a combination of pigments created from the both organic and inorganic materials from their environment to ilustrate their rituals and beliefs.

Archaeologists suggest they had a fairly wide color palette for their time. Among the colors they used for their murals and works of art is Maya Blue (called yax in most Mayan languages), a tone created by dyeing a white mineral clay (palygorskite, called sak lu'um "white earth" by the Yucatec Maya) with indigo (made from the leaves of the Indigofera sp. plant), which was then heated at temperatures between 300 and 400°F to form a durable and stable pigment. 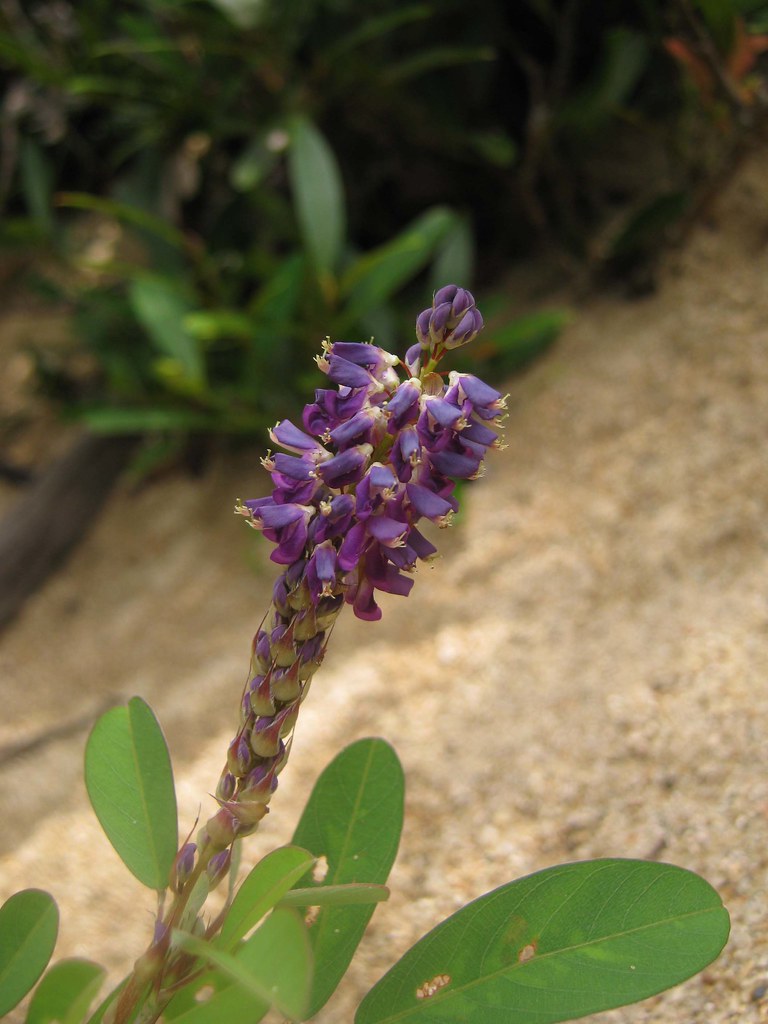 Maya Blue is a hybrid organic and inorganic pigment used to decorate pots, sculptures, codices, and panels; which was predominantly used within the Classic period beginning about AD 500.

Used primarily in ritual contexts, pottery, offerings, copal incense balls, and murals,; Maya Blue may also have been made as a by-product of burning copal incense at ritual ceremonies. 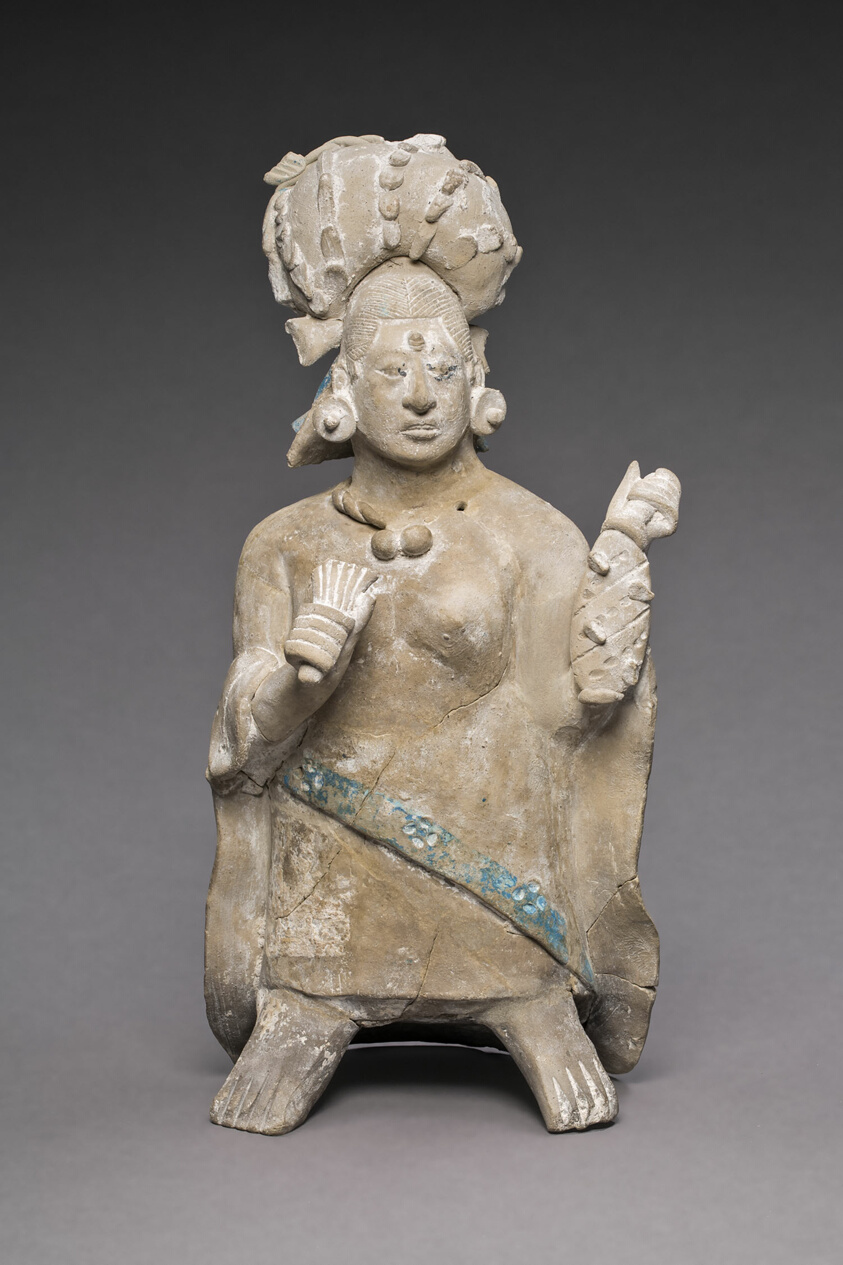 Recent investigations have also centered on the composition of Maya Blue, indicating that perhaps making Maya Blue was a ritual part of sacrifice at Chichén Itzá.

Maya Blue began to be used when the Maya began painting internal murals on temples during the late pre-classic period, ~300 BC-AD 300. 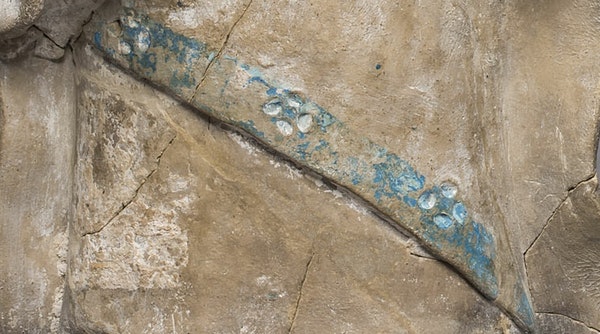 It can be seen in murals at Bonampak. However, murals at Acanceh, Tikal, Uaxactun, Nakbe, Calakmul and other pre-classic sites don't seem to have included Maya Blue in their palettes.

Colonial Yucatec accounts describe how blue pigment was used to anoint images of gods and sacrificial victims; in addition, the bottom of the cenote at Chichen Itza is covered by layer of blue precipitate, likely pigment that washed off offerings tossed into the sacred well.