Next time you travel to the Mexican Caribbean, make a space in your schedule to visit these mystic ruins from one of the most important pre-Hispanic civilizations of the continent.

To talk about Riviera Maya is to talk about the region with the most important beach destinations of Mexico. Thanks to its turquoise waters, its fine white sand, and its beautiful boutique hotels, millions of national and foreign tourists have fallen in love.

However, to visit just its paradisiac beaches and amazing cenotes would be to waste a huge opportunity to marvel yourself with the mysticism of its archaeological gems of the Mayan World, one of the most influential pre-Hispanic civilizations of the continent.

To prevent that from happening on your next trip to the southeast of Mexico, here are the top five ruins of the region, besides Chichén Itzá. 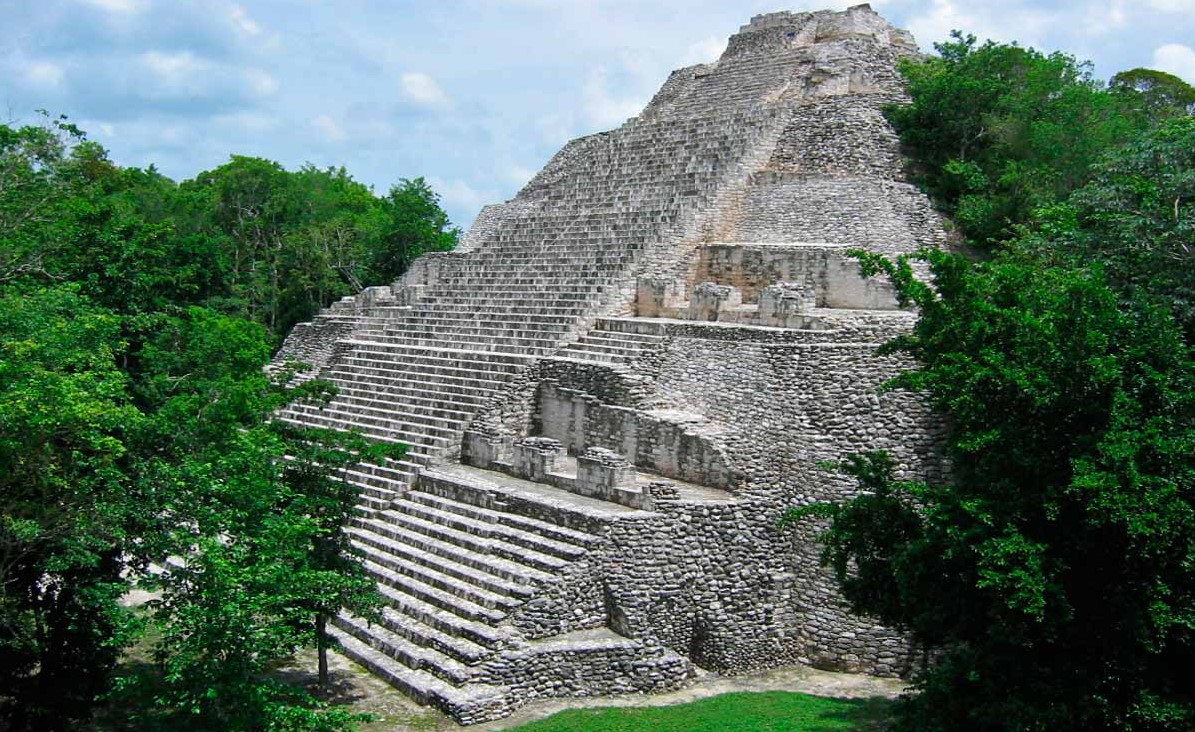 Its original name is “Co-Bah”, which means “water with moss”. This ancient city is in the middle of the jungle and surrounded by large lakes.

It reached its peak time between 600 and 900 a.C. when was a commercial city inhabited by more than 50 thousand people. It is estimated that more than 6,000 structures exist in the whole area, considering temples, buildings, and habitational areas.

From its many temples, the Nohoch Mul pyramid stands out, having around 42 meters high, making it one of the tallest in Yucatan. Amazing views are guaranteed. One of the best times to visit it is before sunset, to be able to enjoy the sunset from up there and very nicer temperatures than those of the morning. 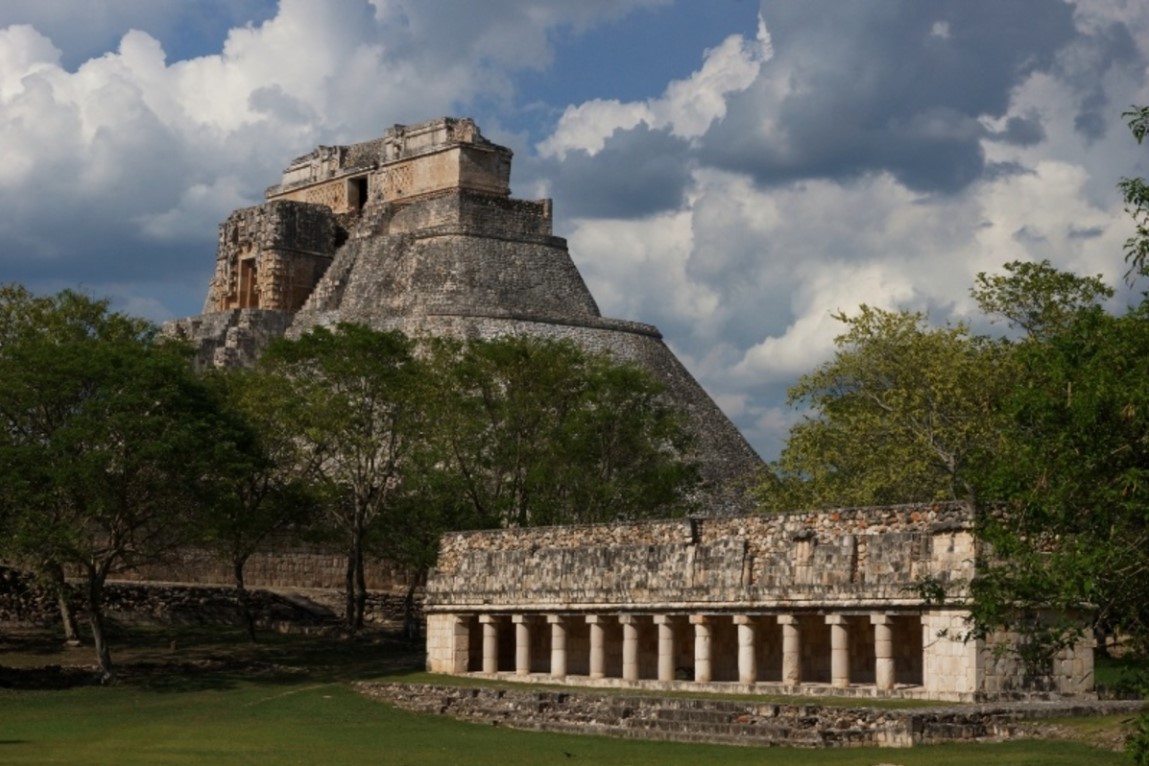 Its name means "three times built", and could refer to the dedication applied to the construction, in which it is believed that thousands of workers participated.

Although it is a relatively small archaeological zone, Uxmal was declared a World Heritage Site by UNESCO in 1996. In this place, you will find sculptures of the faces of the Chaac god and highly elaborated ornaments on its buildings. The biggest attraction is The Guesser Pyramid (Pirámide del Adivinador), an authentic wonder, 32 meters high. To climb it is considered relatively easy.

Word of advice: Have your camera ready. You might find many exotic iguanas which love to sunbathe on the ruins’ stones. 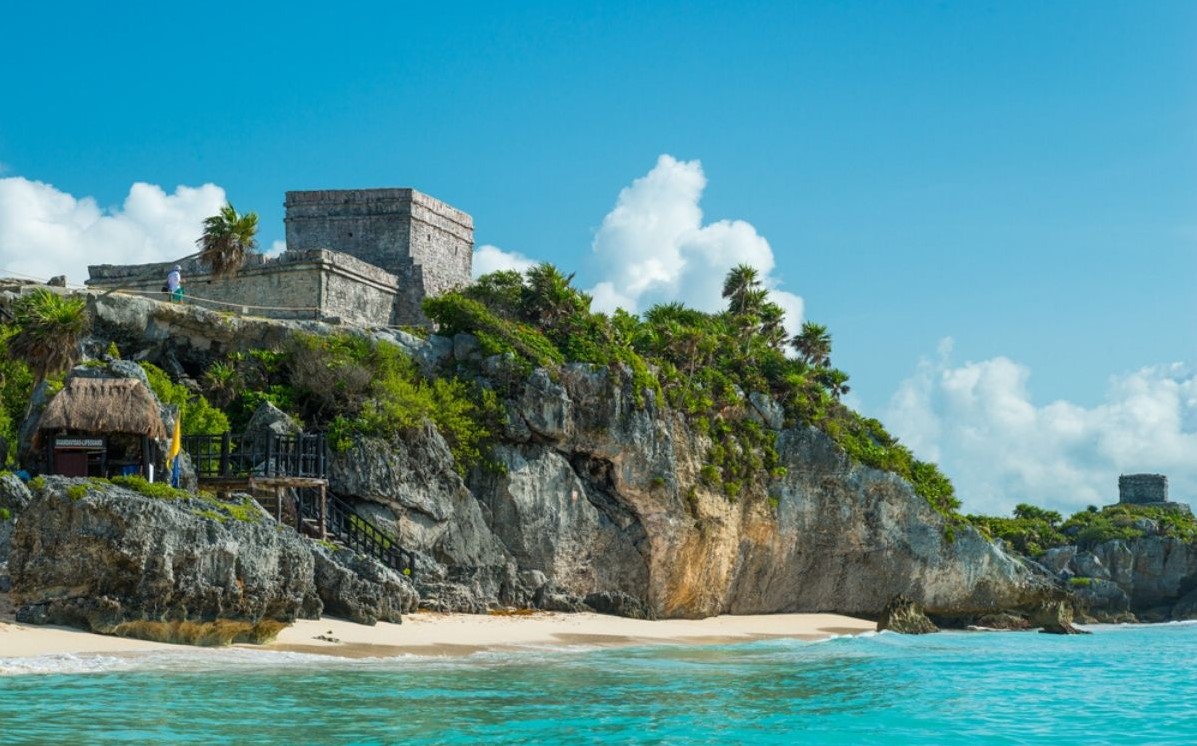 Its name means "wall". It is, without a doubt, after Chichen-Itzá, the second most popular and photographed ruins in the Mexican Caribbean.

It is characterized by being the only Archaeological Site located in a paradisiac enclave on top of a cliff facing the sea. Its most emblematic building is The Castle (El Castillo), which served both as protection and as a strategic point since it worked as a lighthouse to make signals to the coast for merchandising ships.

Given the beauty of the place and its easy access, in Tulum Mayan ruins you will always find a large number of tourists. However, if you arrive early in the morning, during the week, you may be able to enjoy the views with less crowd. 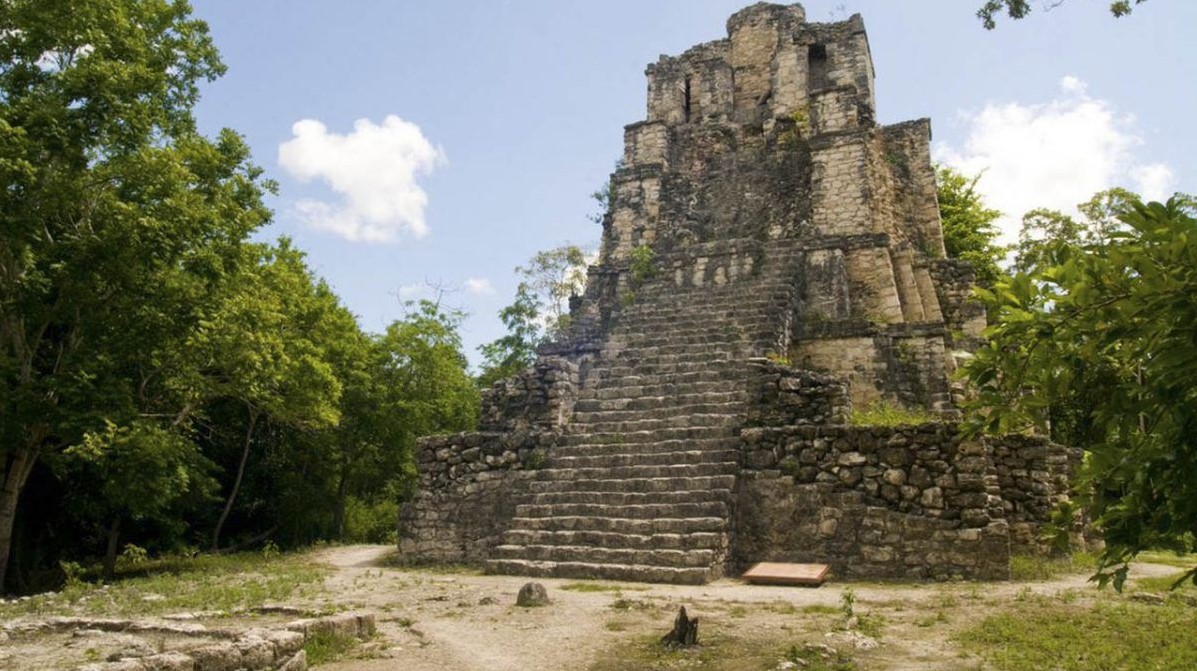 Quite close to Tulum is one of the oldest Mayan ruins: Muyil, which name comes from two adjacent lagoons (Muyil and Chunyaxché).

It was inhabited in the Late Pre-classic period, from 300 B.C. to 250 A.C., when it was part of the trade route to the Caribbean Sea.

The archaeological site is divided into two parts: Muyil A and Muyil B, but only A is open to the public by now. The first part has several vestiges: pyramidal bases, civic-religious structures, platforms, rooms, and a sacbé 500 meters long. All these vestiges are surrounded by 38 acres of jungle where it’s possible to find endemic fauna and flora.

“El Castillo” (The Castle) stands out, a 17 meters high pyramid. In the upper part, it’s possible to see a temple, inside which several objects made of jadeite and snail were found, which were mostly offerings. 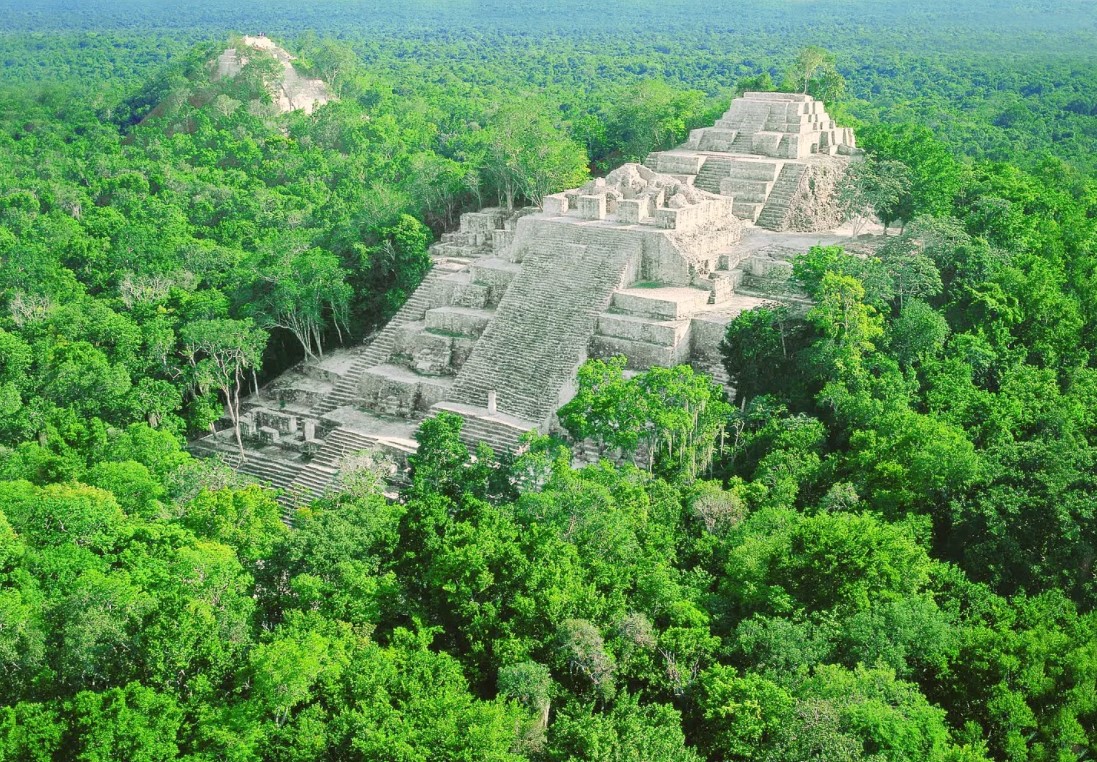 Its name means "two adjacent mounds", referring to the two large structures that stand out above the trees. This gem is nestled in the tropical forest of Campeche, a few kilometers from the border with Guatemala.

Calakmul was discovered at the beginning of the 30s of the 20th century, but it is until the 80s that systematic investigations allowed discovering that it was the most important city of the Classic Maya. Along with Tikal (Guatemala) and Palenque (Chiapas), it headed the political organization of the highlands. Unique urban planning is observed, with large ceremonial squares and residential complexes.

However, it was abandoned in the 10th century, after years of war with Tikal inhabitants.

The gigantic structures stand out, true man-built mountains that stand out above the thicket.

Due to its difficult access, it is one of the Archaeological Sites with fewer visitors compared to those of Yucatan and Quintana Roo. Its schedule is from 08:00 to 17:00.

Now, that is a great list of Archaeological Sites to explore in southeast Mexico. If researching and exploring ancient civilizations' history is your thing, you’ve got plenty of fields to explore around here, after you visited Chichén Itzá.