Chicxulub Crater: the asteroid that killed the dinosaurs

“Chicxulub”, does it ring any bells? Chicxulub is a Mexican town in the state of Yucatan, on the coast of the Gulf of Mexico, in the municipality of Progreso. Here’s a hint: dinosaurs! Yes, this is where people said the asteroid that killed the dinosaurs crashed, thousands of years ago. Keep reading and discover more about Chicxulub, Yucatan. 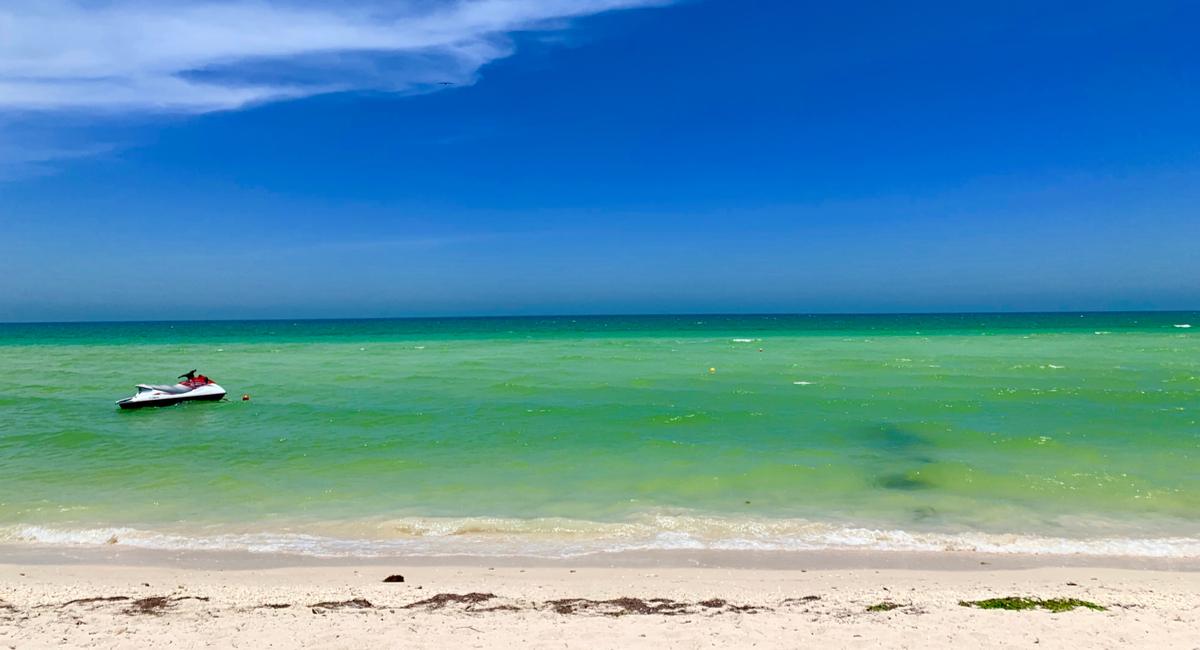 It is located 8 km east of the port of Progreso de Castro, 40 km north-northeast of the city of Merida, Yucatan, and 20 km north of another town of the same name, the head of the municipality called Chicxulub Pueblo.

Because of this, the small port of Chicxulub is often confused with the inland town of Chicxulub Pueblo and the municipality of the same name. These three names are homonymous but distinguishable from each other.

Just eight kilometers from Progreso is the port of Chicxulub, famous for the theory of the huge meteorite that killed the dinosaurs 65 million years ago.

Being practically united by houses and several buildings, a sign is the one that tells you when you have crossed from Progreso to Chicxulub, otherwise, you may not even notice when you arrive at this place.

The inhabitants of this port are mostly dedicated to fishing and tourism. It has a great infrastructure to receive the thousands of visitors that come to this place during the Easter vacations and the months of July and August. 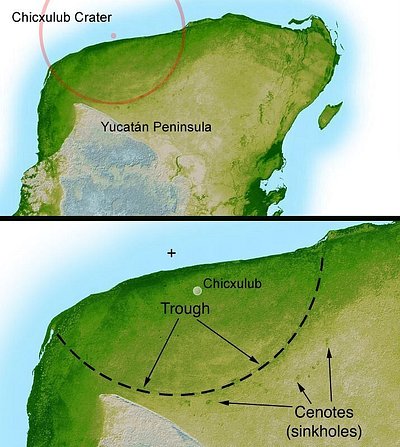 The Chicxulub crater is believed to be where the asteroid that killed the dinosaurs crashed, thousands of years ago. According to Wikipedia, an impact crater is buried underneath the Yucatán Peninsula in Mexico. Its center is offshore near the community of Chicxulub, after which it is named. It was formed slightly over 66 million years ago when a large asteroid, about ten kilometers (six miles) in diameter, struck Earth. The crater is estimated to be 180 kilometers (110 miles) in diameter and 20 kilometers (12 miles) in depth. It is the second-largest confirmed impact structure on Earth and the only one whose peak ring is intact and directly accessible for scientific research.

Despite being so famous, the impacted zone is buried under 3,000 feet of limestone. People can’t walk up and see a mammoth hole in the ground, but still,  the legacy of the Chicxulub crater stands strong.

Chicxulub Puerto is a calm town in which you can slow down, go for ice cream in Progreso and walk down the beach as the sunsets. There are also many cool things to do as everything takes place in both Progreso and Chicxulub. Including water sports at the port, and the following activities: 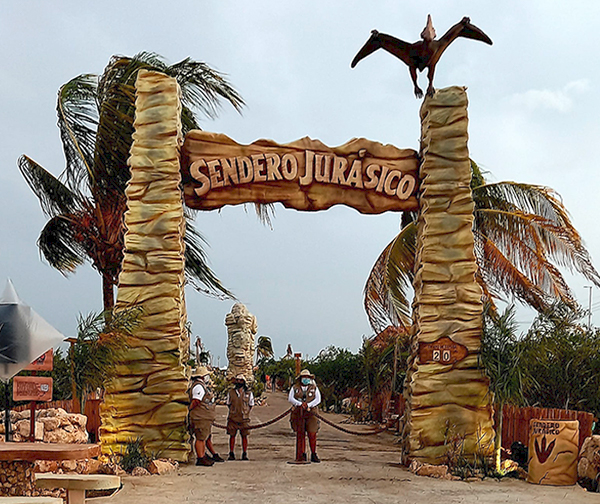 Telchac Puerto, Sisal, and San Crisanto are ports not far away from Progreso and Chicxulub Puerto, with amazing beaches and Airbnbs to spend the weekends at.

Things to do near Chicxulub Town

How to get to Chicxulub Puerto 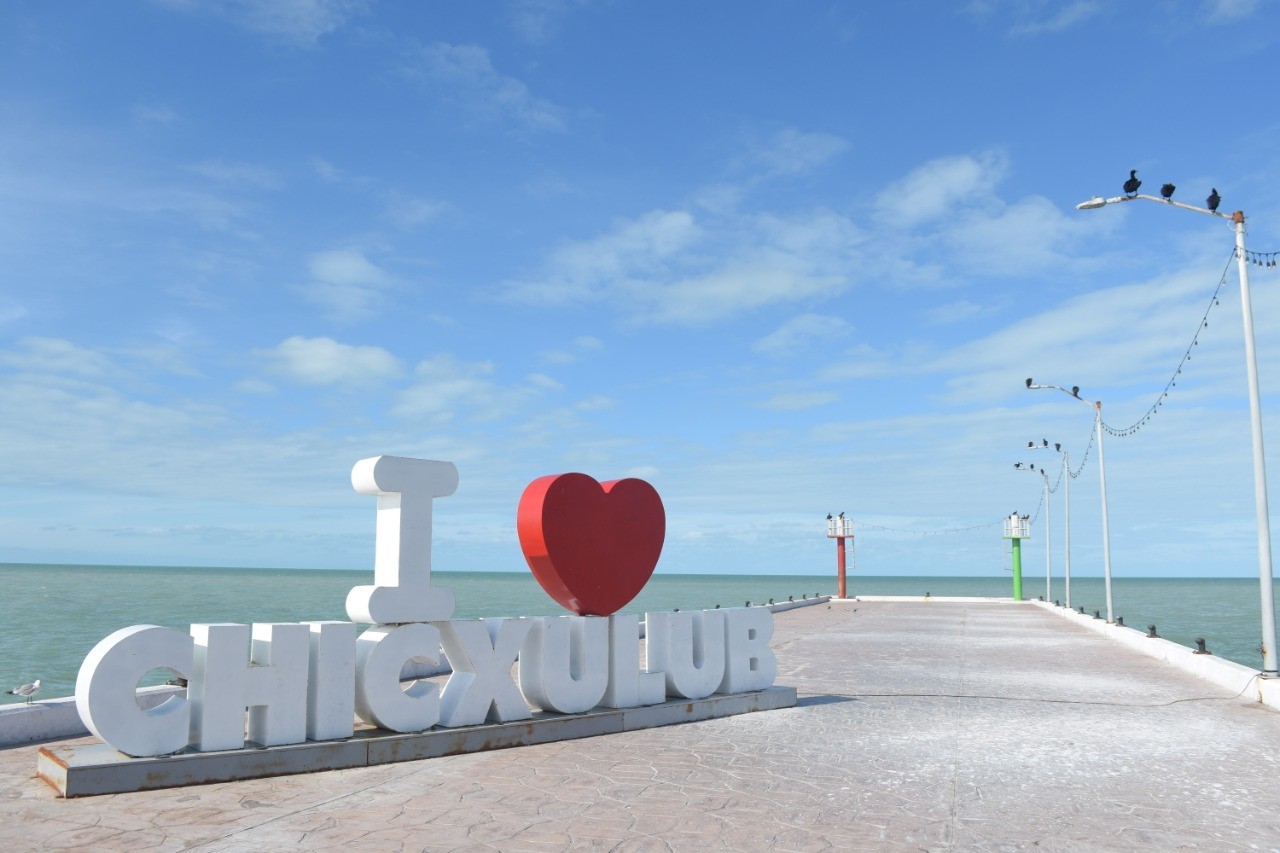 If you’re staying in Merida, Chicxulub Puerto is only 42.8 km (26.5 mi) from the city. It takes about 35 minutes to get from Merida to Chicxulub Puerto. Locals tend to spend the weekend in Chicxulb Puerto. If you’re visiting Merida, you might want to try to do the same!