Chichen Itza: The Mayans' Past and Present

Chichen Itza: The Mayans’ Past and Present

Know more about the Mayan Culture, and the people, from the way they dress to how their trading worked. And, where are they now?

The Mayan culture is known all over the world, a Mesoamerican civilization that bloomed in Central America. These people brought innovation to all science and art. We can be amazed by their engineering and astronomy knowledge at such early ages. Today, the Mayan people still live in the Yucatan Peninsula, some have adopted modern costumes, but many still carry on with their legacy. Today, we’ll tell you a little about their past and their present.

Where they were located

The Mayan Civilization took place in the southeast of Mexico, mainly in the Yucatan Peninsula, Guatemala, and Belize, and what today is El Salvador and Honduras. It is fair to say that they took control over a third of Mesoamerica..

It is known that Mayan agriculture was their foundation for trading and economics. They used whatever they produced to trade with other tribes. The main cities had checkpoints and controlled access to obsidian mines, salt, and slaves. The immense growth in their economy caused leaders to use a monetary system centered on the cacao seed, jade stones, and later on, copper pieces. 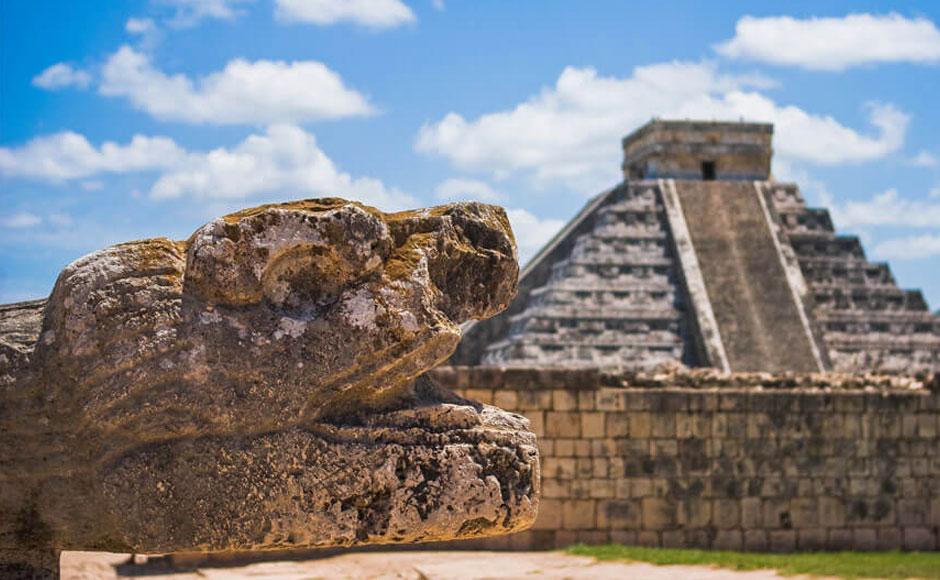 Their choice of clothing was pretty simple. Women wore long cotton dresses, sometimes dyed with natural materials. Men would use a “pati”, a type of undergarment made out of cotton, and they would leave their torsos bare.

On the other hand, the novelty would dress up and decorate their clothes with stones and colorful feathers. They also added some headpieces, belts, and other accessories that made them stand out from inferior classes.

Social status was well established in the Mayan culture. Most of the time they divided themself into families according to their legacies. In Mayan times, if your father was the founder of a town or a great warrior, you’ll have a good social status. Belonging to well-known family conditions your life to novelty. This forced Mayans to dress accordingly and follow social rules such as marrying only someone from their own family, working in a certain thing, etcetera.

On a more specific note, social classes were divided into kings or gods, priests, warriors, merchants, artisans, farmers, and slaves. Starting from the bottom, slaves were found to do every hard work for novelty. They had no right to have a land of their own and were forced to work for the king. They were also used as sacrifices for their gods.

Farmers and artisans worked for their novelty relatives by farming their fields, building and creating their temples and artifacts. They had to fight in wars and were demanded to work all the time for everyone and their gods. Leaders did give them a piece of land for them to harvest their own food and build themselves a small house.

Merchants helped the trading and economic movement of the community. While warriors and priests had specific jobs to maintain the communities prestige. Warriors defended the village from intruders and priests had exclusive favor with their gods and shared with the people their divine knowledge.

Finally, who would have all the power as leaders as the kings? They were known as being gods or sent by the gods, so they were highly respected.

One of the Mayans' great achievements was creating a form of writing. Made out of 700 icons found on stones, pieces of fabric, and ceramics, this way of writing is still not a hundred percent translated. Their writing consists of various phonetics and idiographic forms that are still a subject of study.

Today, The Mayan Civilization has been reduced to 7 million people contained in Guatemala, Mexico, Belize, and Honduras. For many of them, agriculture is their main economic activity. They harvest corn, cotton, and cane. They live in very poor towns fighting to keep their legacy alive.

Mayans have always fought to keep their beliefs alive, they have resisted the modern world and have shared their traditions from generation to generation.

Merida in the Yucatan Peninsula, the most important city in southeast Mexico, is inhabited by many Mayan villages. Merida is one of the greatest examples of a mixture between Mayans and Spanish culture. After the Spanish Conquest, politics, social life, and religion drastically dragged the Mayan culture to a change. Still, after all, history happened, Merida is still an oasis for Mayan culture where you can find people that still speak the language and other traditions that have lasted throughout the years.