This is probably the most iconic building in the ancient Mayan city. The Chichen Itza Pyramid located in the center of the archaeological site very well known as The Kukulkan Pyramid, or The Castle is the main attraction of this place. As soon as you arrive this is the first thing you will see, the huge and imposing Mayan ruin surrounded by other structures such as the temple of the warriors that accompany it to make an incredible place.

El Castillo is definitely a true masterpiece, which is the major structure in the archaeological zone, It is 55 meters per side, 24 meters high, with steps to the 4 cardinal points, each with 91 steps, 9 successive platforms that compose it, 52 engravings of mythological figures, and two large stone statues that represent the Feathered Serpent Kukulkan at the base of the stairs on the north side. 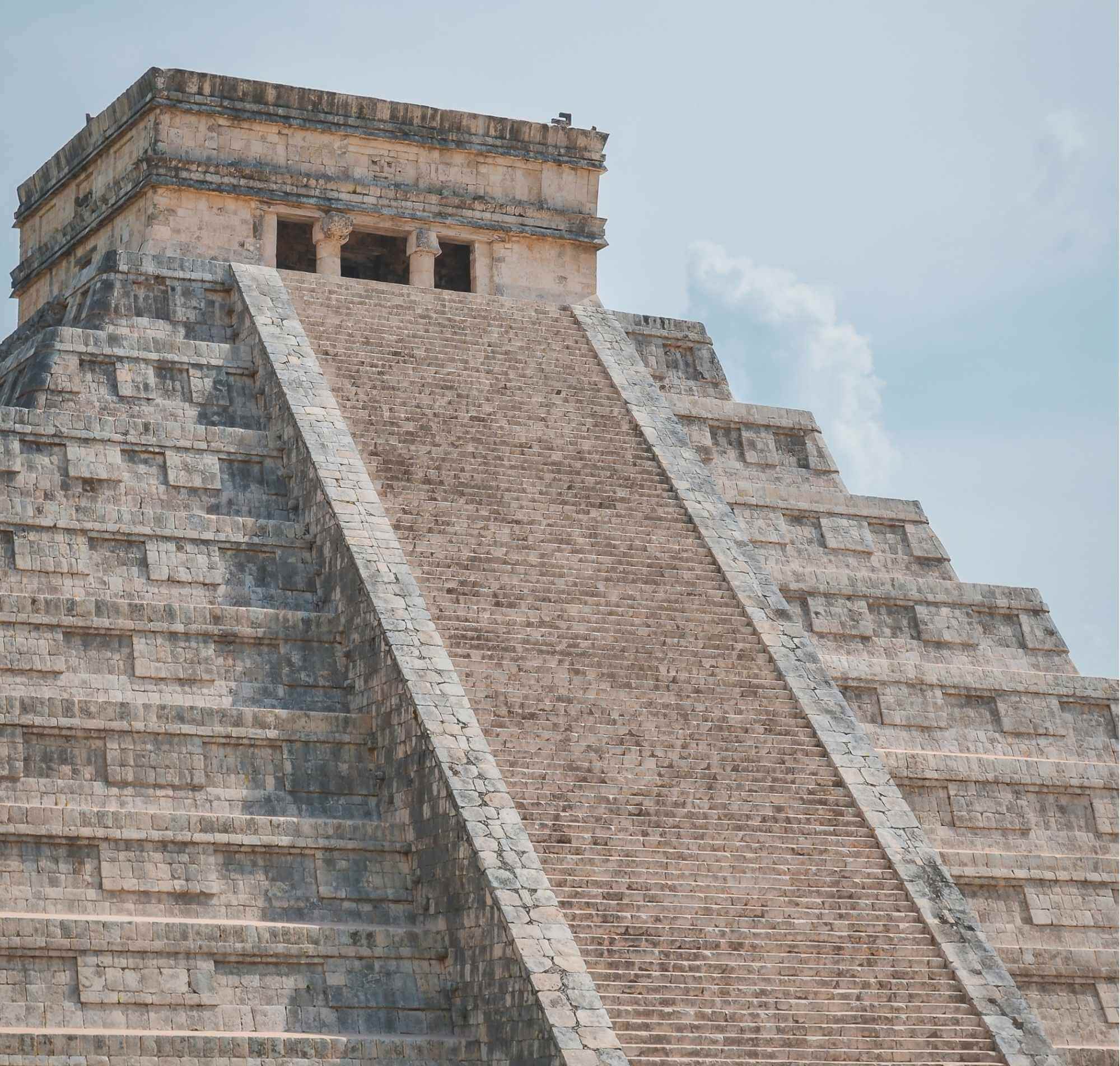 The pyramid was perfectly built with its flawless symmetry that represents the Mayan calendar and demonstrates the profound knowledge of mathematics, geometry, acoustics, and astronomy that the Mayans possessed.

The Kukulcán pyramid is synchronized with the stars and movements and with many bearings of the Mayan calendar. It is a monument of ancient times: it is believed that the Kukulkan Castle was built around 960 AD. This means that it was built approximately 1056 years ago.

Every year El Castillo becomes the protagonist of this fantastic event. Have you ever heard about Equinox? The equinox is the time of year when day and night are the same lengths. It takes place twice a year, between March 20 and 21 and September 22 and 23. As such, it is the astronomical event that marks the beginning of spring and fall. This is one of the favorite times of travelers to visit Chichen Itza, during this astronomical phenomenon, the Kukulkan Pyramid bathes in Sun's rays forming a snake going down the stairs. 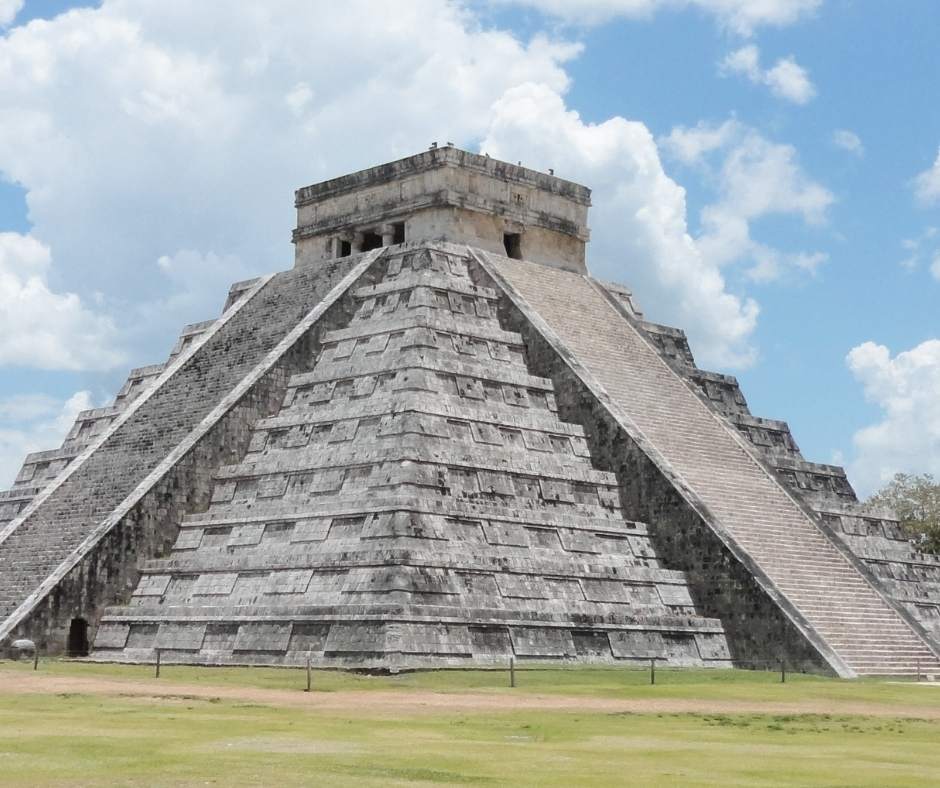 Chichen Itza Wonder of the World

Since 2007, El Castillo (the castle in English) was named one of the 7 Wonders of the world. The 7 wonders of the modern world were chosen in 2007 through an international public contest in which more than 100 million people from around the world participated. Voting was carried out via SMS and the Internet (specifically by registering via email). And this is how Chichen Itza became a wonder of the world, but if it wasn't enough the site already was a World Heritage site in 1988. 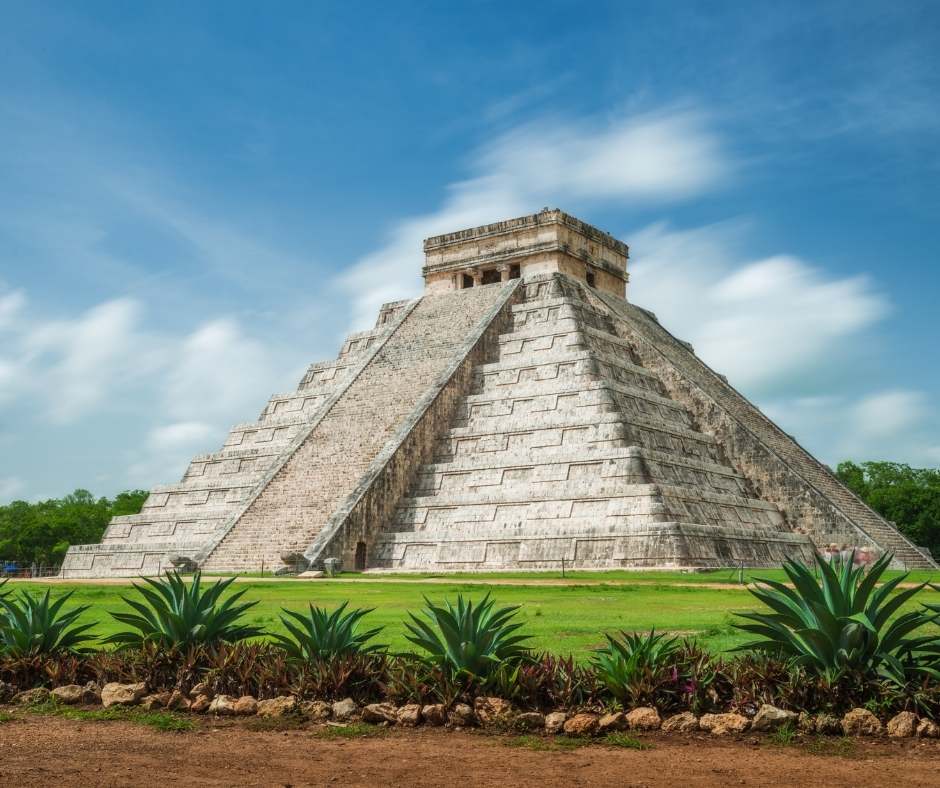 As you can see the Castle is a work of art built by the Mayans who have given us an impressive legacy of history, now you learn about this Pyramid you can't miss visiting. Check out the Chichen Itza Tours.