Summer updates from the Archaeological Site of Chichen Itza, new information about visitors, and upgrades in the site's facilities. In this article, we share about Chichen Itza in 2022, also, how the traffic of visitors is increasing compared to previous years, changes in the site, and of course, we'll talk about the Summer Solstice… 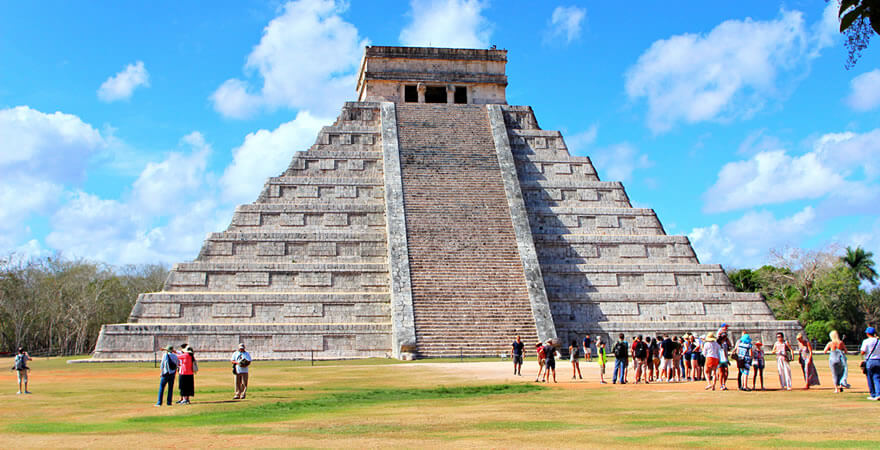 During this month, the secretary of tourism of the Yucatan government estimates over 188 million national and international visitors. The increase in tourism is also due to the reopening of the 13 hotels near the site that have 388 rooms available. Over 6 million national and international tourists are estimated to occupy the hotels, with 47% of vacancy.

The head of Sectur explained that the archaeological zone of Chichen Itza is a ceremonial center that includes sites such as the Sacred Cenote, the Temple of the Thousand Columns, the Ball Game, the Observatory, and the Pyramid of Kukulkan, the latter recognized as one of the 7 Wonders of the Modern World.

INAH, recently informed that Chichen Itza stands out this year as one of the most visited Archaeological Sites in the country, right after Teotihuacan and Tulum.

For the Mayas, the summer solstice marked the beginning of the harvesting of fruits and crops, which was of great importance for agriculture and the economy of the native peoples. 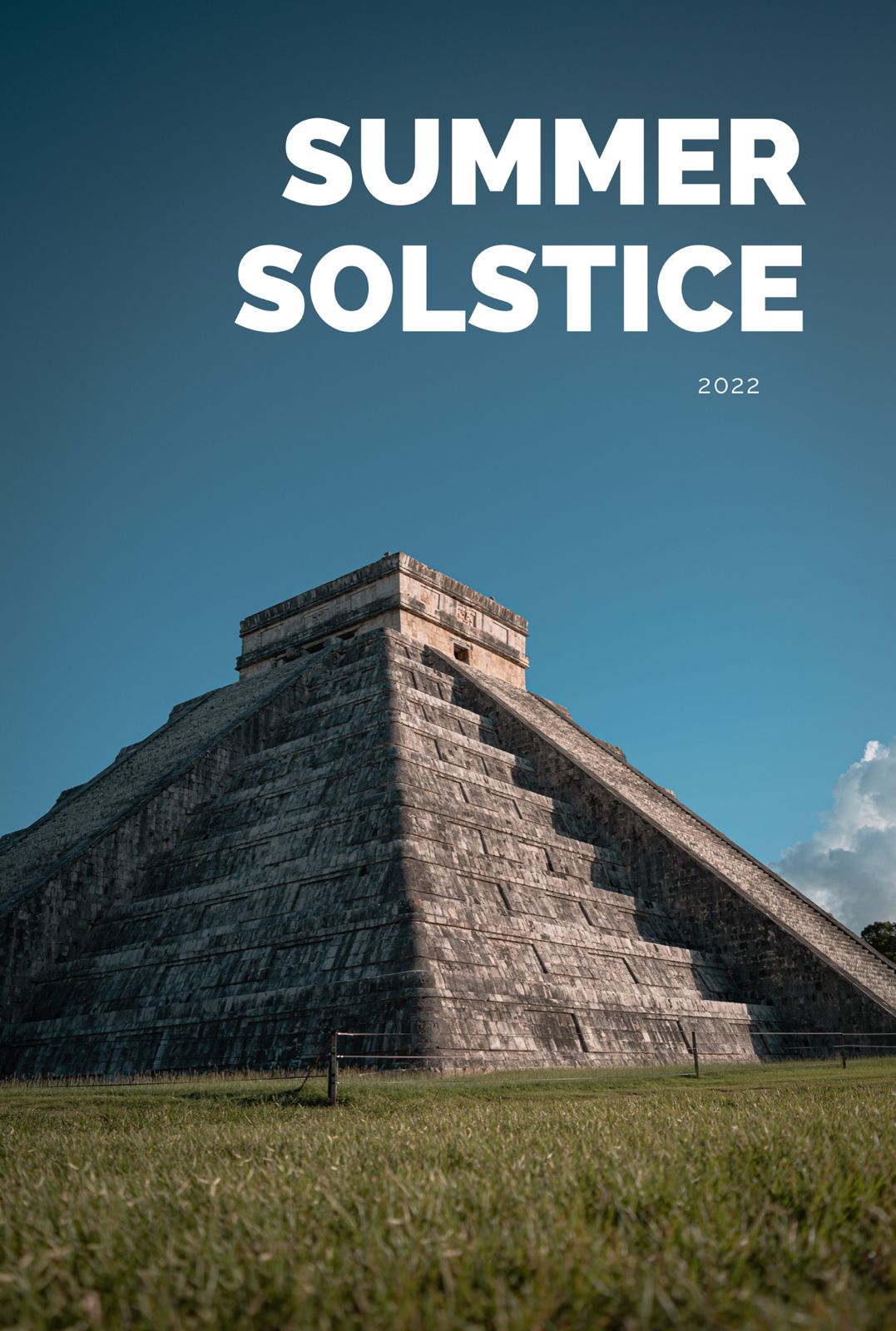 Every year, June 21 marks the summer solstice at the famous Mayan archaeological site of Chichen Itza, in the state of Yucatan, where thousands of people gather around the main pyramid to witness a visual spectacle that makes the east and north sides light up, leaving the south and west sides in shadows.

During the summer solstice, the sun is positioned over the pyramid El Castillo, creating an effect of light and shadow in which it seems that the feathered serpent Kukulkan descends the 365 stone steps. This archeological site is one of the main attractions of the Yucatan Peninsula for the millions of tourists who visit Cancun and the Mexican Caribbean every year.

According to the Mexican Ministry of Tourism, the archeological site of Chichen Itza will receive 188,000 visitors in June, which will bring in 171 million dollars. Likewise, an occupancy rate of 47.2% is expected, with 6,452 tourists staying in hotel rooms during this month. In the vicinity of the Chichen Itza zone -declared a UNESCO World Heritage Site in 1988-, there is an infrastructure of 13 hotels and 388 rooms.

This archaeological zone is a ceremonial center that includes sites such as the sacred cenote, the temple of a thousand columns, the ball game, the observatory, and the pyramid of Kukulkan, the latter recognized as one of the seven wonders of the modern world. For the Maya, the summer solstice marked the beginning of the harvesting of fruits and harvests, so it was of great importance for agriculture and the economy of the native peoples.

Reopening of other Archaeological Sites

In the state of Yucatan, the archaeological sites of Labná, Oxkintok, and Sayil reopened to the public after 25 months of being closed. Due to the pandemic every tourist site closed. After 2 years, sites have reopened to the public, but these sites have recently done so. Locals and national and international tourists are thrilled to get to experience the sites once again.

Since December 7, 1996, the pre-Hispanic cities of Uxmal, Sayil and Kabah, and Labná have been inscribed on the World Heritage List of the United Nations Educational, Scientific, and Cultural Organization (UNESCO).

With the reopening of these archaeological sites, the state also seeks the economic and tourist reactivation of Yucatan, while maintaining sanitary protocols.

We know this is important for you, now the newly remodeled bathrooms on the site are open for everyone and are fully functioning.

The archaeological zone of Chichén Itzá already has new restrooms, since last Saturday the ones that were built a few months ago were reopened to the public, but due to various failures were closed to the public, informed Mauricio Díaz Montalvo, general director of Cultur.

He added that with this new infrastructure, tourists visiting Chichén will have a more pleasant experience, since they will no longer have to return to the rest stop where the other restrooms are located -the main one and the one in the service area-, but can now access a closer one. 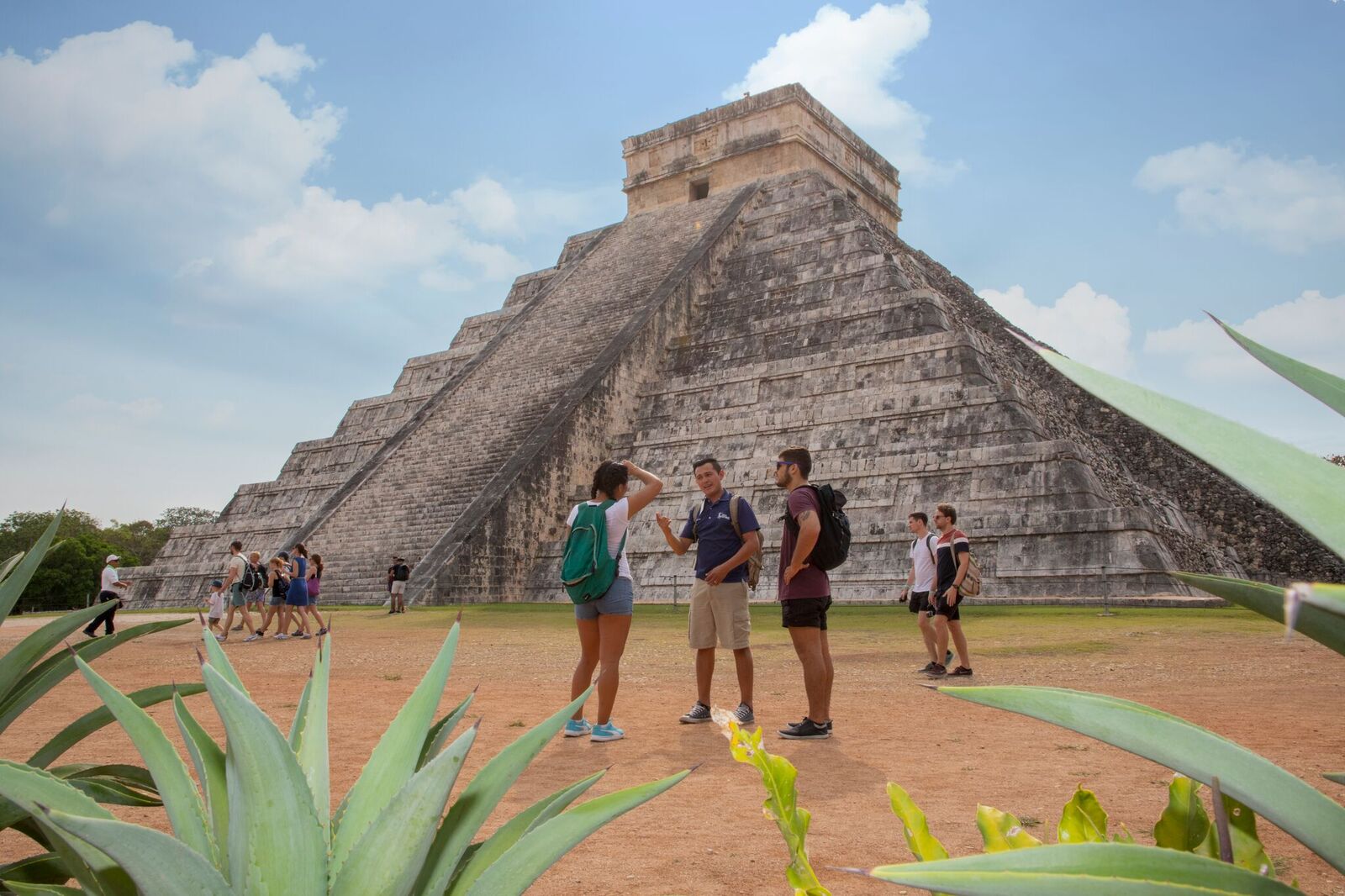 As reported, the construction of these restrooms, which was done with the authorization of INAH seeking greater comfort for tourists, was thanks to a donation made by a supplier who has the concession of the palapas that are on the site.

These restrooms in the area were closed shortly after they were opened five months ago, since they did not meet the required specifications, especially because they were not suitable for the "rough use" required, given the large number of people who come to the area and use them.

Fortunately, all the necessary repairs and adjustments have been made and since last Saturday, when they were opened, they have been working properly.