Mayan symbols are all those symbols devised by the Mayan civilization. This civilization included the group of Mayan peoples that inhabited Central America. It is considered that this civilization began to develop around 2000 BC and lasted until the beginning of the colonial period after the discovery of America. For your interest, we bring you information that we hope will help you learn more about Mayan Culture. Even when you visit Mayan Ruins, this information might even pop out in your mind and make the tour even more meaningful.

Some of the most relevant symbols of the Mayan civilization are related to their sacred calendar. This calendar, known today as Tzolkin, consists of a 260-day cycle.

This cycle is made up of twenty trecenas. This means that the calendar is first divided into 20 blocks. Each of these blocks contains 13 days. Thus there are a total of 260 days (20 x 13). The days of this calendar are identified with a name (out of 20 possible) and a number from 1 to 13.

The Haab' system was the Mayan system of division of the solar year, that is, of the total time, it takes the Earth to go around the Sun.

The Haab' solar cycle was used in combination with the Tzolkin calendar. Together they give rise to the Mayan calendrical wheel, which is 52 years long. This calendar wheel was used not only by the Mayan civilization but also by other pre-Columbian civilizations.

The days in this calendar were identified with a number from 0 to 19 followed by the name of the month. The last five days of the year were considered unnamed days and were identified only with the word uayeb. The Maya believed that these days were related to times of danger and uncertainty.

The months were written using Mayan glyphs that also represented some natural phenomenon. This includes animals, stars, vegetation, and weather

Kukulkan is one of the most important deities of the Mayan culture. This deity is also known as the feathered serpent and was also known and venerated by other pre-Columbian civilizations.

It is possible that different civilizations gave different interpretations and powers to this deity. In most cases, it has been interpreted that it was related to rain and water. It is also true that some pre-Columbian peoples related it to the wind and the planet Venus.

The representation of a feathered serpent represented that this god could fly through the sky with his feathers as well as move through the earth in the form of a serpent. The fact that the worship of this god was shared among all social classes and different peoples facilitated the exchange and trust between different cultures. This is also the meaning behind Equinox’s phenomenon at the Pyramid of Kukulkan. It’s meant to be an offering for the god Kukulkan.

The Mayan numbering system was a base 20 numeral system. This means that there is a different symbol for the numbers from 0 to 19.

To write numbers higher than 19 it was necessary to write the corresponding symbols vertically. The symbol at the lower end directly represents the corresponding number as previously indicated. The symbol of the second level must be multiplied by 20. The number of the third level must be multiplied by 20² (=400). By applying this scheme successively, any number can be written. 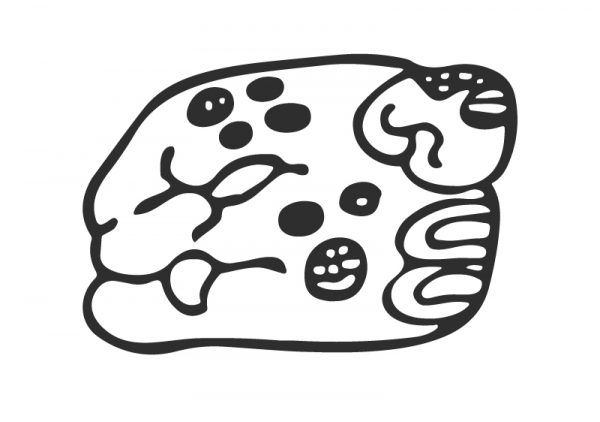 In Mayan mythology, the jaguar was a god of the underworld related to the night. It was believed that the sun transformed into a jaguar during the night.

The jaguar was known for its strength and courage. Consequently, it was a symbol used by the warriors of the Mayan civilization. Given the ferocity of the jaguar, it was often also related to the authority of the ruling classes.

Along with Kukulkan, the jaguar was one of the most important religious symbols in Maya culture.

The sun was of crucial importance in Maya culture. The Maya developed a very advanced knowledge of solar cycles. This allowed them to identify the solstices and equinoxes and to define their calendars.

This knowledge influenced many aspects of Maya culture, including their architecture. The Maya used different symbols to represent the Sun as well as the deities related to it. The different ways of representing the sun were interpreted as a symbol of life and knowledge.