The National Institute of Anthropology (INAH) will invest 20 million pesos in the recovery of the Ateneo Peninsular for the construction of a museum of Mayan art, it was announced today. The federal agency informed that there will be a total of 3 museums that will be operational in 2023, Merida, Chichen Itza, and Kabah.

INAH reportedly began the recovery of the Ateneo Peninsular building in 2021, mainly the commercial premises located on 58th, 63rd, and 60th streets and the Pasaje de la Revolución, where it will house an important archaeological treasure of Maya art recovered in recent years.

Later on, INAH announced that repair and maintenance work has begun on the building's structure, where constructions dating from a different era from the original one in which the building was constructed had been demolished. 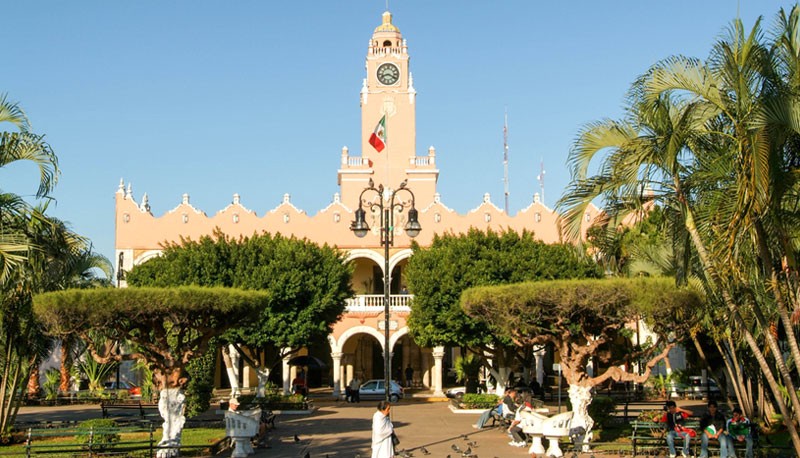 The Ateneo Peninsular is a building located next to the Cathedral, its original construction was closely related to religious use. The construction work began between 1573 and 1579, by order of Fray Diego de Landa, bishop of the province of Yucatan, and was completed in 1636 being bishop of Fray Gonzalo de Salazar and was destined as Archbishop's Palace.

Like most colonial buildings, the construction was of a single floor and sober in exterior adornments. Over the years, the building underwent numerous transformations until it reached its final architecture in the neoclassical Frenchified style.

The building also housed the chapels of St. Joseph and the Holy Rosary in the 17th century. Later it was the Conciliar Seminary of Our Lady of the Rosary and St. Ildefonso. Between 1751 and 1760 under the archbishopric of Fray Ignacio de Padilla y Estrada, the second floor and balconies were built. In 1824 it became a university of second and third education. In 1867 the Colegio de San Ildefonso de Toledo (patron saint of the cathedral) was inaugurated in the same building. 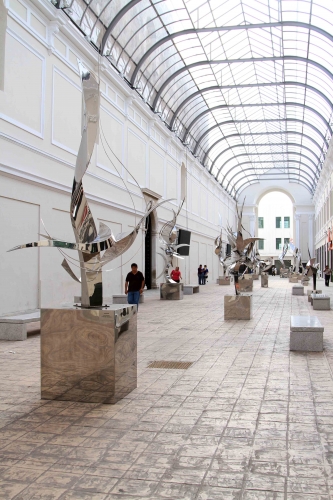 In the first decade of the 20th century (1916) the division of the Cathedral building was authorized. Following the parameters of the European architectural style of the time, the Pasaje de la Revolución was built by architect Manuel Amábilis, who designed a dome between both buildings, with an iron and glass roof, which did not resist the ravages of time and was demolished in the 1940s.

The Ateneo Peninsular has housed the Macay Museum since 1993, dedicated to contemporary art, and has been witness to important works and pictorial exhibitions, dedicating its rooms to painters of our time such as Fernando García Ponce and the Macay Foundation for students of visual arts and sculpture.

This museum is the only museum that simultaneously changes its 15 rooms on the second floor and access areas, a temporary exhibition every three months, which represents a movement of 2 thousand pieces each time. On average, it receives more than 72 thousand visitors a year.

According to what has been confirmed, the resources invested by INAH will be destined for a new museum precinct to accommodate new discoveries and archaeological salvages in recent years.

The agency itself informed that the projects approved for next year include 2 new museums in the state, located in the archaeological zone of Chichen Itza and Kabah, where Mayan art will be presented in its different time periods.

Arturo Chab Cárdenas, head of INAH Yucatán, pointed out that as part of this project they have begun the demolition of non-historic additions to the Ateneo and are recovering the original features of the building.

He also pointed out that thanks to the coordinated work with the research and technical personnel, the transfer of cultural goods to the Ateneo Peninsular has begun. The restoration project of the building is currently being completed and it is expected to be open to the public next year.