14th anniversary of being a Wonder of the World

14 years ago this impressive Chichen Itza Pyramid was declared one of the 7 wonders of the world. Not all the site is considered a world wonder, only the main pyramid “El Castillo” is one of the most unimaginable Mayan structures in the world.

Chichen Itza was chosen as a wonder of the world in 2007 by an international survey. Since then, the iconic pyramid has become the top experience in the Yucatan Peninsula.

Mayans were a genius civilization, all the buildings were designed according to astronomy. Thanks to that, Chichen Itza offers an extraordinary event during the spring. The famous spring equinox in the Chichen Itza Pyramid, the Mayan site is related to many more astronomical phenomena. Mayans contributed a lot to humanity, thanks to them we have the number 0, agriculture techniques, arts, maths, and cuisine. 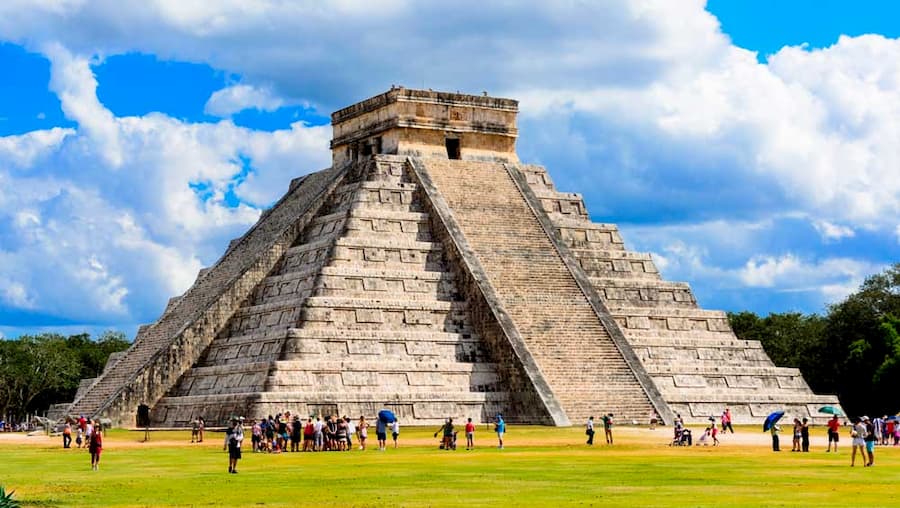 Thanks to its beauty and all mentioned before, Chichen Itza is one of the 7 wonders of the world.

If you thought that Chichen Itza is visited only during the day, well there is a magical night experience too. There is a popular night show at Chichen Itza called “Kukulkan Nights” commonly known as the sound and light show. 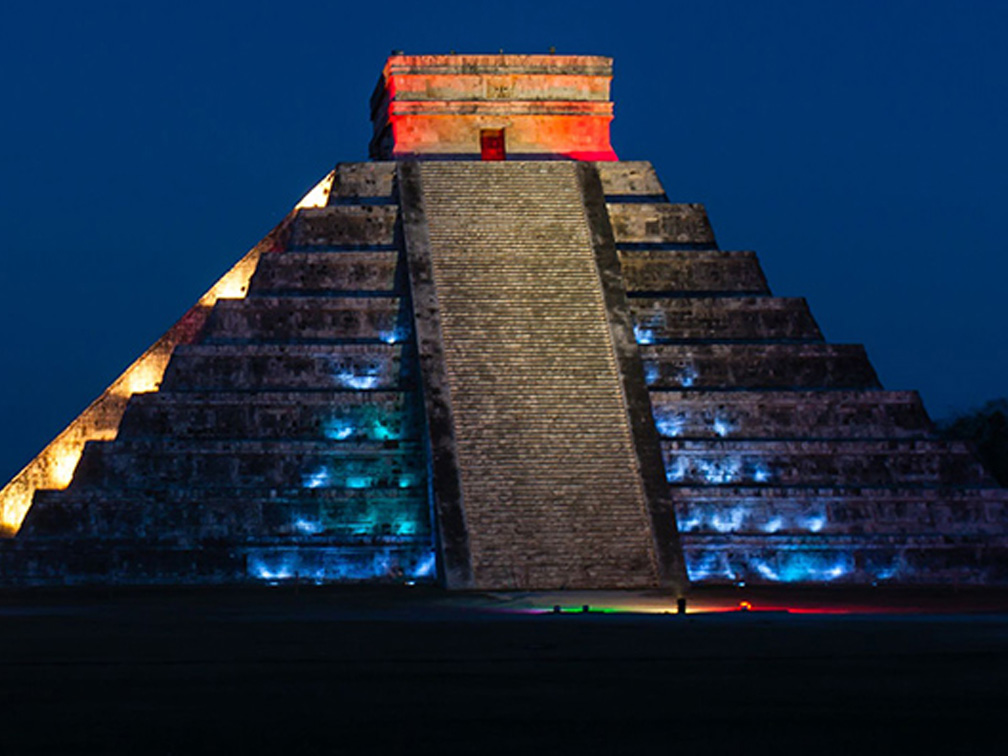 The first thing you’ll see when you enter Chichen Itza will be the impressive and illuminated wonder of the world “El Castillo”. Before the show starts you will be able to walk around the Mayan site admiring the main buildings. You will also be amazed by the shining stars in those Yucatecan lands away from the city crowds.

After sightseeing the Mayan buildings, you have to take a seat because the show is about to start. The sound and light show last 30 minutes approximately, during the spectacle the Mayan civilization's history is told through beautiful images and sounds.

If you want to experience this, it is available from Tuesday to Sunday at 8:00 pm during the summer season.